When you specialize in niche coverages, claims require a lot more expertise, a lot more staff and, yes, a lot more lawyers.
Sponsored by XL Catlin Posted on October 27, 2014 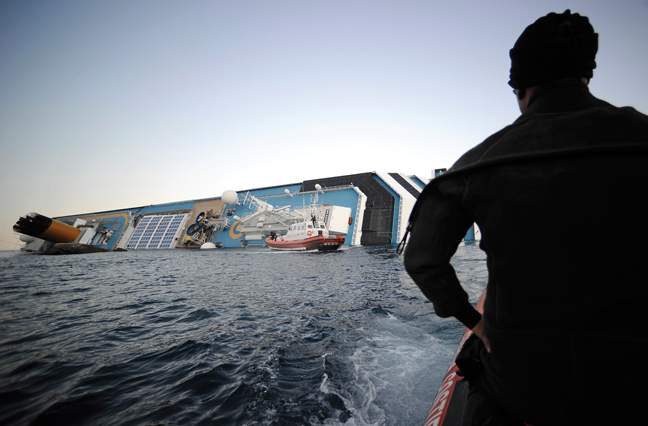 When Superstorm Sandy struck the Atlantic Coast in October 2012, one area hit particularly hard was the trendy Manhattan neighborhood of Chelsea, known for its high-end art galleries.

Many galleries were inundated with up to eight feet of water—dirty water, to boot—and hundreds of works of art were damaged or destroyed.

“It was a domino effect,” says Ellen Ross, managing director of the Fine Arts Niche, for Arthur J. Gallagher in New York. “There was significant damage to multiple insureds, and the individual galleries did not have a disaster plan, so the triage process was very difficult. You had to determine what was damaged and what was not, what was a total loss and what was not, and get things moved to the proper restorer. Plus, there was a limited number of restorers.

“In this horrific situation, with hundreds of works of art and multiple insureds and limited restorers, you just had to get in line. You had to be patient.”

Randy Hobbs, head of specialty claims for XL Group, says figuring out how to handle those art gallery claims posed a significant challenge for XL and is a good example of how complex specialty coverage has become in recent years.

“It was not just a question of being able to replace paintings,” Hobbs says. “Our fine arts claims person had to deal with all sorts of contract issues, too. We had many galleries where the works were not owned by the galleries but rather were owned by the artist and were at the gallery on consignment.”
Finding the proper restorer to handle the recovery effort was another challenge, Hobbs says.

“If there was a piece of sculpture, for example, that was damaged, we might go to the actual artist to ask him to work on the piece,” he says. “If we had a claim involving a certain artist, there might be only certain types of appraisers we would use for that kind of work and certain types of restorers to go to for the work. Unlike a car that needs to be repaired, in matters of fine art, if a painting has a two-inch tear, the question is who is best suited to restore that tear. It is a very, very specialized area.”

Fine art is just one niche area in which carriers need to build their expertise when dealing with today’s complex global business world. Another XL specialty, Hobbs says, is the expropriation of foreign assets. One client owned a number of cell towers in a foreign country that had been governed by a democratic regime. When a dictator overthrew that regime, the new government seized all the towers. After paying the claim, XL began action in an international court against the new regime under the Hague Convention, an international treaty, to recover the monies paid.

From the oldest, most established specialty areas, such as marine, to some of the relatively newer areas, such as aviation, claims are becoming more complicated. “Marine is the oldest, but aviation has been around for a long time, too,” Hobbs says. “Those lines are established from an underwriting perspective, and adjusters have been handling these claims for many years. But even for those two lines of business, as the world changes, the nature of the claims is more complex now than they were years ago.”

The January 2012 wreck of the Costa Concordia off the Italian coast, for example, created a massive salvage operation made more complicated by the size of the ship, attendant environmental concerns and the wreck’s proximity to a popular resort. The ship was finally salvaged in July 2014 at an eye-popping price tag of $1.5 billion.

Aviation also has its challenges. Traditional coverage for the hull of an airplane comes into play if an aircraft is damaged or crashes. But another type of coverage, called war hull coverage, once a pretty sleepy line, is seeing more action now.

“War hull coverage does not mean war in a traditional sense, such as war declared by Congress, but rather it means an intentional act that causes damage to the hull,” Hobbs says. “It used to be very rare that you would expect to see claims involving that, maybe once every five years, but the industry has seen a number of war hull claims recently.”

Another area that is far more complicated today than it was 25 years ago is professional liability insurance. Steven Gladstone, head of XL’s global professional claims division, describes directors and officers (D&O) and errors and omissions (E&O) lines as “malpractice insurance for professionals.” Gladstone says professional liability claims are more complicated not only because society has become more litigious, but also because the universe of claims has expanded, the cost of lawsuits has increased and the insurance product itself has become broader and more complex.

For many years, the biggest D&O exposure was shareholder claims, but most of those claims involved a single shareholder who brought a class-action suit on behalf of others in a similar situation. Those claims could be large, Gladstone says, but in the last eight years, they have become huge because mutual funds are buying millions—in some cases billions—in stocks for their shareholders. If there is financial malfeasance, those mutual funds are bringing D&O suits on behalf of all those investors.

“You are dealing with a financially well-endowed plaintiff who is generally more experienced and willing to go the extra mile to recover more than a large attorney’s fee,” Gladstone says. “They want to recover the actual loss in share prices that resulted from an alleged malfeasance of the directors and officers.”

Government entities such as the Securities and Exchange Commission are becoming more aggressive in bringing suits after being harshly criticized for failing to move sufficiently against financial fraudsters such as disgraced investment banker Bernard Madoff. And the Federal Deposit Insurance Corporation (FDIC), which was on the hook for numerous bank failures during the savings and loan crisis of the 1980s, is now bringing more D&O suits against banks engaging in risky practices, Gladstone says.

If XL insures an entity that is sued under its D&O policy, Gladstone says, “we don’t necessarily cover the fine” if the insured is found guilty, “but we do cover the defense, and the defense of these cases is quite expensive.

“If you are being investigated for acting negligent or reckless in your business practices, for making misleading statements, or for possibly engaging in illegal behavior, it is likely you will need to hire attorneys, economists and experts—like forensic accountants—to assist in your defense. You are basically fighting for your professional life,” Gladstone says. “If the SEC is going to try to shut you down, you will need to retain the right team to put forward the necessary defense.”

Also, Gladstone says, the dollars involved are much greater than ever before. “The loss is so staggering you cannot ignore it,” he says. “You must chase after it.” And whether it is the government or a private plaintiff, they are prepared to spend big to recover money they believe was lost.”

“The loss is so staggering you cannot ignore it. You must chase after it.”

For example, investors with Madoff, the former stockbroker and financier who was convicted in 2009 of what is considered the largest financial fraud in U.S. history, are believed to have lost at least $17 billion.

“The bankruptcy trustee for the Madoff estate is chasing after banks, individuals and investment funds that did business with Madoff and trying to get that money back,” Gladstone says.

Offering a defense to the insured in these cases, whether guilty or innocent, has become more costly than ever.

“One of our biggest single portions of loss is hiring attorneys to defend our insureds,” Gladstone says. “If you are an insured and are being sued, you don’t want the Laurel and Hardy defense, you want the Cadillac of defenses.”

Lastly, the insurance product for D&O and E&O coverage has become more complex than ever. “Much of that is market driven,” Gladstone says. “We must sell a product that is competitive in the market. But there is also a greater effort by the insured and third parties to access all the coverage they can possibly get under the insurance product.

Frequently, in cases of entities with very large financial exposures, several insurers will be involved in writing portions of the coverage. That, too, can make the claims process complex because not all the insurers—or the insureds, for that matter—are knowledgeable about how the coverage should work.

Gladstone’s professional liability division includes specialists who deal only with the specific area of coverage in which their expertise is greatest.

“We also employ a high number of lawyers because a lot of issues we deal with are legal issues and it helps to have a legal background,” Gladstone says. “A lot of folks have been handling these areas for a very long time.”