We continue building influence and sustaining global relationships at the World Federation of Insurance Intermediaries.
By Joel Kopperud Posted on May 16, 2019 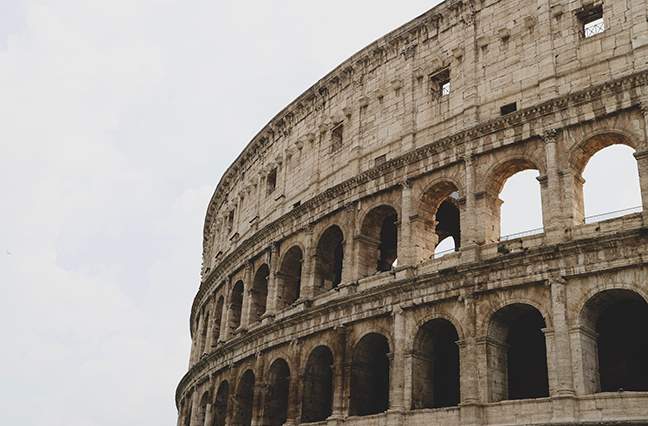 In March, Council President and CEO Ken Crerar and I met with our industry peers from around the world at the annual meeting of the World Federation of Insurance Intermediaries.

Each of these meetings is remarkable in its own right, but this one was particularly exceptional, as it celebrated the organization’s founding 20 years ago in the historic city of Rome, Italy, where the organization was founded.

Global industries like ours rely on regular channels of intelligence sharing to ensure our markets remain strong and efficient in the face of regional instability or regulatory intervention. WFII has proven itself over the years to have incredible clout and to be an invaluable forum for the industry, including following the 9/11 terrorist attacks, during the Spitzer investigation and U.S. implementation of the Foreign Account Tax Compliance Act (FATCA), and currently with the ongoing Brexit exercise.

It was our delight this year to personally present at WFII the outcome of our ongoing work to exclude non-cash-value insurance from the 2010 U.S. FATCA regulation. The regulation caused major headaches across the globe, as compliance was particularly burdensome and most non-U.S. financial institutions struggled to understand its purpose and why they had to comply.

Our six years of work with Congress and the Treasury Department under the Obama and Trump administrations finally paid off when the Treasury Department issued draft regulations in December that agreed with our position: traditional property/casualty insurance that has no cash value cannot be used as a vehicle to evade taxes and is irrelevant to FATCA. It’s a sweet victory for our government affairs team, but we were not alone: our work was combined with voices from around the globe that came from WFII. The federation itself told the U.S. Treasury of the negative impact the regulation was having on markets and its irrelevance to our business, and our friends from the United Kingdom expressed to Treasury the concerns they were hearing from their own members on the misguided regulation. Victory has a thousand fathers, and we’re grateful for their help in securing this critical clarification.

Global industries like ours rely on regular channels of intelligence sharing to ensure our markets remain strong and efficient in the face of regional instability or regulatory intervention.

WFII does more than provide a venue for intelligence sharing. It also provides us the opportunity to directly communicate with international standard-setting bodies like the International Association of Insurance Supervisors (IAIS). The IAIS is an organization composed of insurance regulators from around the world. The group has no binding regulatory authority, but it does consider regulatory issues in various markets and issue recommendations and principles to which it believes regulators should adhere. International lending organizations like the IMF and World Bank also consider adherence to IAIS principles and recommendations as part of the terms for their own initiatives. So IAIS recommendations, although non-binding, can carry significant clout, particularly in emerging markets. Many emerging markets around the world are significantly underinsured and ripe with growth opportunities. And the number of exposures that multinational corporations have in these emerging markets all over the globe makes the IAIS an increasingly influential body.

Our interactions with IAIS representatives at these meetings are crucial—and not only because of their influence. I regularly find myself defending the organization and explaining its significance to members of Congress. It faces harsh criticism from some insurance organizations that argue for protectionist policies when it comes to international cooperation. Following the creation of the Federal Insurance Office in the post-recession Dodd-Frank legislation, the IAIS has somehow become the industry’s bogeyman for globalization or worse: the face of the effort to erode the state-based regulatory system. I find the trajectory of this conversation on Capitol Hill incredibly frustrating.

The federation itself told the U.S. Treasury of the negative impact the regulation was having on markets and its irrelevance to our business…

When FIO was created in 2010, the initial intent was that it was to serve as the single voice to the IAIS on behalf of the United States. However, advocates for the state-based insurance system ensured that the final law stipulated that the FIO representative would serve in addition to the state regulators at IAIS meetings. So the intent of creating a single voice for our country alongside every other country representative at these roundtable meetings was a little watered down when FIO ultimately became the 57th U.S. voice at the table. Despite the volume of noise that the United States now brings to IAIS deliberations, advocates of state-based regulation are so fearful of what could come from the group that they’re seemingly demonizing IAIS in support of their efforts to “rein in” the responsibilities of the Federal Insurance Office. The problem is that, if these advocates had their way, hamstringing our representatives at the IAIS would arguably make influencing regulations in emerging markets even more difficult, potentially hindering industry and economic growth both at home and abroad. Fortunately, this continues to be an uphill battle for the movement, but it’s one we’re following closely.

This year I’m happy to report that our interactions with IAIS were incredibly positive, as they always are. Other discussion items included insurtech and regulatory sandboxes, TRIA, and cyber markets. But equally important to the agenda items was the conversation itself, in which our role is to serve as a resource for deliberations and to ensure the participants truly understand the evolving and critical role of the insurance broker. It is in this ultimate context that WFII always delivers—by gathering global expertise around one table to ensure that brokers continue to serve consumers around the world in a fair and competitive environment.