This insurtech startup sees brokers as essential.
By Michael Fitzpatrick Posted on February 28, 2018 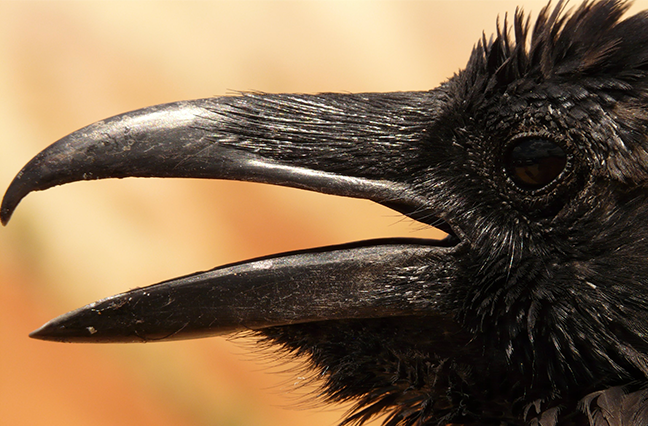 When it came time to name his new startup, brokerage industry veteran Phil Edmundson thought of crows and their cousins among the birds.

“Corvus is the genus of birds that includes crows and ravens and rooks,” Edmundson says, explaining the name of his Boston-based startup, Corvus Insurance Holdings. “These birds are uniquely intelligent in the bird world, and they’re famous for creating and using tools to solve problems. We thought that was a great metaphor for what we’re trying to do, which is to create digital tools to solve risk management problems.”

A co-founder of brokerage William Gallagher Associates, which was acquired by Arthur J. Gallagher in 2015, Edmundson has spent the last few years delving into the burgeoning insurtech world from his perch in Boston. He sees plenty of opportunity for new digital tools to transform commercial insurance—an area where startups have made less headway than in consumer lines, such as auto and home.

“If you’re a tech entrepreneur, you can quickly imagine how the experience of buying or managing your insurance policies could be better by moving things online, by finding efficiencies or finding new ways to buy your insurance,” says Edmundson, a former board member of The Council who launched Corvus in 2017. “But these entrepreneurs stumble frequently when they get to commercial insurance. Part of it is that many of them have an assumption that all intermediaries are bad. They see a broker and they assume that’s a frictional cost, and their goal is to get rid of that. We at Corvus…recognize that brokers can be our best friends.”

Brokers can help startups develop new solutions and bring those products to commercial insurance buyers. And brokers are likely to continue to play a key role in the foreseeable future in helping midsize and larger companies manage their insurance strategies. Corvus distributes its “smart” commercial insurance policies through brokerages such as Conner Strong & Buckelew and Gallagher.

“I’ve spent much of my time the last three years, 2015 through 2017, talking to over 100 insurtech startups, and they come in three different flavors in my experience,” says Edmundson, who started in insurance as an alternative to scooping ice cream as a summer job. The first flavor, he says, is startups developing new ways to distribute insurance. The second is companies seeking to leverage technology to create efficiencies—for example, using blockchain to make financial transactions more efficient and transparent.

“The third area,” Edmundson says, “where Corvus is active, is the tech enablement of existing insurance products. It’s the least developed of these three areas, and it’s the idea that there is data available that can be used to price and predict and prevent insurance claims.”

The company’s first product, Smart Cargo Insurance, uses sensors to measure temperature in goods subject to spoilage during shipment. They apply a massive data set on temperature variability in cargo shipments to develop “Corvus Cargo Scores” that identify when companies may be more susceptible to claims and monitor those scores as they change over time. Corvus offers the coverage as an MGA for Argo Group.

“We call this dynamic loss prevention,” Edmundson says. The technology allows Corvus to identify whether a company’s operations are improving as well as where and when problems are developing. “You’re able to build a feedback loop for customers that uses information they didn’t have before to prevent a future claim, and that is everybody’s goal.”

Cargo and property insurance offer other areas of opportunity for this technology-enabled approach, and Corvus is looking at cyber liability, commercial auto, and directors and officers.
“There are a lot of opportunities to deploy different types of data in the same manner to price, predict and prevent commercial insurance claims and bring value to everybody,” Edmundson says.

Step up to the CrowBar

Corvus seeks to bring the entire insurance process into the digital age with its CrowBar platform, which provides online access to up-to-date underwriting, policy administration and claims information as well as data to help clients make better business decisions and prevent losses.

“We want to bring transparency about the insurance process to the broker and to the end customer,” Edmundson says. “We have a technology sense about it. We’re constantly iterating to make the CrowBar better.”

That technology sense stems, in part, from the company’s Boston location. While Silicon Valley draws the technology limelight, Boston boasts a vibrant entrepreneurial spirit fed by, among others, Harvard University and the Massachusetts Institute of Technology.

“Over the last three or four years, I started to see a noticeable trickle and then a stream of young entrepreneurs who found their way to me—and no doubt to other insurance executives in Boston—who wanted to start companies that targeted the insurance industry with some type of digital change,” Edmundson says. “Those entrepreneurs were coming out of Harvard Business School. They were coming out of MIT, inspired by the idea that the next great industry to undergo a change was one of the biggest in the world.”

When it comes to startups in the insurance world, successfully blending what can be two very different cultures is crucial.

“Technology culture is one that values and tolerates high failure rates, and the insurance industry is one that is so very familiar with failure in that we manage the financial consequences of bad things happening in the world,” Edmundson says. “Because of that, we as an industry are frequently focused on the down side of change, and we are more reluctant to drive change in our industry than we’ve seen in, say, consumer products or healthcare or even banking.”

While the insurance industry has been slower than others to embrace the digital revolution, Edmundson says, venture capitalists have taken note of the opportunities. “One of the trends that’s in play is simply that the venture capital industry has decided that insurance is a great next frontier for its investments,” he says.