A conversation with Simon Sinek
By Sandy Laycox Posted on September 1, 2020 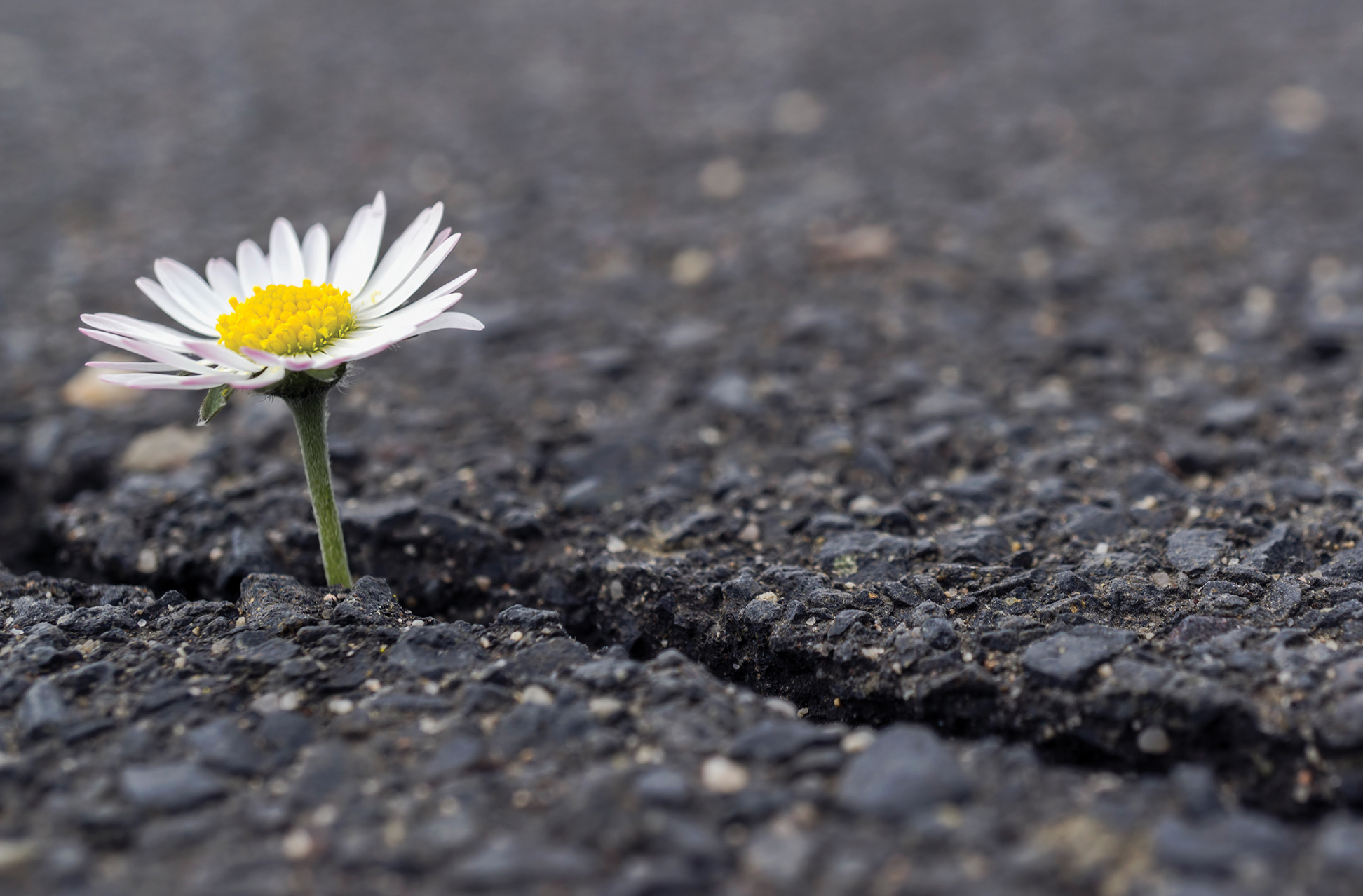 Simon Sinek is an author and motivational speaker who has become widely known for his views on business and leadership. Leader’s Edge recently sat down with him for a conversation on playing the infinite game and how that applies to everything from insurtech to single-payer healthcare to Elon Musk. —Editor

Q
Right now a lot of tech-enabled startups are focused on addressing the pain points in insurance: transparency with customers, slow processing, paper-based documents, all those kinds of things. How can incumbents think about insurtechs in an infinite-minded way that can help propel them to the next point of their business?
A

Business is not a museum. We don’t develop products and services and then put them under glass or put them in formaldehyde for them never to change. Business is a living, breathing animal that has to adapt with the times. And very often when incumbent companies refuse to adapt, then what will happen is they’ll end up out of business. And the problem is just because it worked in the past doesn’t mean it’s going to work in the future. Culture changes, politics change, technology changes, and what worked before cannot work now.

My favorite example is when Netflix showed up. This was when the internet existed and we knew streaming was coming down the pike but the technology wasn’t quite there yet. Netflix started experimenting with a new business model called subscription. Remember, we used to rent our videos and return them. But with Netflix you’d subscribe, and remember we would get the DVDs in the mail and you could return them or keep them as long as you wanted. Blockbuster, at the time, was the only significant national video rental chain. It was the 800-pound gorilla. It was what you would call the incumbent. The CEO of Blockbuster went to the board and said, “We really need to invest or start looking into the subscription model.” The board would not let the CEO do subscription. Would you like to know why? Because the company made 12% of its revenues from late fees. They were so shortsighted they weren’t willing to abandon the 12% of revenues. And now Blockbuster doesn’t exist and Netflix controls the television/movie industry.

Read the sidebar, Healthcare from the Infinite Perspective

Q
On that note, in The Infinite Game you talk about the worthy rival versus competitors in business and opening up your playbook to those worthy rivals to help everyone improve for the betterment of the industry. If you are one of these incumbents and you’re looking at this and maybe wanting to see how you can progress but are afraid of losing your business to these new startups, how do you get over that and open up your playbook so you can progress in that way?
A

I look at Boeing many, many years ago—Boeing had something like 90% of the commercial aircraft business, right? And then this new company called Airbus showed up, and Boeing was freaking out because they were losing market share. Well, who else is going to lose market share? You’re basically the only game in town, right? And rather than freaking out about the market share you’re losing, why don’t you worry about building a better business and taking care of your customers and worry about your own profitability? Because market share is not the end-all be-all, but profit is what keeps you in business, not market share, right? And companies make really strange decisions just to gain market share.

Think about a human relationship. It’s like when somebody wants to date you, they buy you flowers and take you out for dinner and buy you gifts and call you every day and check in on you. And then you end up dating and you get nothing. Right? Courtship has to happen all the time. It’s the same thing.

Q
You talked about the crisis being the great revealer and the things that have come up during this pandemic. We’re all seeing things about our businesses that are being revealed to us in different ways. Do you think these things will stick or, when we all go back, that all will be forgotten and we’ll just go back to the way we were?
A
I lived in New York during September 11. And four months after September 11, New York was an amazing city. There was no crime. People were nice to each other, people were holding doors open for each other, and I remember thinking how much I wished this would last. Unfortunately, human beings have short memories. There are plenty of CEOs right now saying it’s so important for me to take care of my people. Unfortunately, I think a lot of the good habits that we’re embracing right now, I hate to say, will probably be forgotten. But I’m hopeful that more of it lasts than not. Who knows?
Q
I noticed that you often write in first person plural in your books. So I was wondering how personal are these concepts to you? It stood out to me that you said our and we a lot, as if you were part of the masses reading.
A

Yes, thank you for noticing that. I resent when authors or speakers write or speak to me and say what “you” have to do to live a good life. I hate the condescending nature of somebody who sits on high and tells me the way I should live my life. At the end of the day, I get some things figured out, but I don’t have everything figured out. I’m a student of leadership, and I’m a member of this journey of life like everyone else. Just to exclude myself from my own lesson, that seems weird to me.

I want to enjoy the things that I’m writing about, even if I don’t enjoy them now. I treat my work like it’s a social movement. It is ours to change. It is we who have to make that change. It’s not me, and it’s not you—it’s us. I don’t see myself as separated from the movement. I see myself as very much a part of it. This is the army, and we’re in it together. We have to be.

Q
One other thing that really kind of stuck with me at the end of your book was when you talked about the Patagonia company and how it may reach a point where its mission and just cause sort of conflict with itself in a way. Then what does it do?
A
What I admire about the company is they say things that everybody knows. But the difference is they say it out loud so you can actually have a conversation and develop plans. In so many industries, we don’t talk about the things that are uncomfortable or that could happen. You just called me cynical because I was talking about the fact that the payer model of how insurance might change is challenging the whole industry. Well, everybody should be having that conversation. Not with scorn, but it’s just reality. When Patagonia has these conversations, they’re not having them with their limitations. They’re just saying, “Hey, guys, this is a risk. We just need to be aware of this.” And now that it’s out in the open, you can talk about it. You can have real conversations about it.
Q
Ok, I’ve got a few companies that I’ve thought of, well known companies. I was wondering if you would comment on whether you think they’re playing the infinite game or not and why.
A
Most companies aren’t, but sure.
Q
My first one is Tesla.
A

Yes. Tesla is unencumbered and unconcerned about everybody else. They’re driven by a vision of the world that has nothing to do with cars. They just happen to be using cars to develop advancements. It’s the same vision that is driving SpaceX and the project to Mars, which is all about the survivability of the human race.

I read something recently that one of the other car companies bought a Tesla and took it apart to see what they’re doing and how they’re doing it. They basically said it doesn’t matter what we do, they’re five years ahead. For a company that has never been in the car industry—this is what we’re talking about: beware of the startups, right? They’re unencumbered. And for a startup car company, I mean, think about that. GM, Ford, other car companies are not new. For the little startup car company to go massive, to be five years ahead and established among automakers, that’s pretty impressive. Will it last? Who knows? But for now? Yes, I do believe they’re infinite, despite the weirdness of Elon Musk. Maybe he’s just an eccentric, or maybe he’s misunderstood. Or maybe he’s nuts. I don’t know.

Let me take a step back. You’re asking me about companies so far where the founders are still there. When the founders are there and there’s clear vision and people know who the founder is, then it’s different. A lot of these companies, especially when that founder didn’t build the company to sell it, the odds are very high that these companies are operating with an infinite mindset, because you can’t get that big with a finite mindset. That doesn’t happen.

Now, you could lose it in the middle because you become so successful that you sort of abandon it; that happens many times. Remember the criticism they used to get from Wall Street because they weren’t turning any profit? They ignored everybody. It’s kind of genius. Does Bezos want to win? For now, I’d say Amazon is [infinite-minded]. That was a hard one, because there’s so much. There’s no such thing as a perfectly combined organization. That doesn’t exist. Does Amazon really give a shit about the customer? The customer is just a means to an end, you know? So I’m going to say that they started off that way, but I have my doubts these days.

Q
Fair enough. I’ll only do one more. And it has been in business longer. So the last one is American Express.
A
No. They used to be. American Express used to be the most incredible customer service organization on the planet. I remember, for years, they were just a delight to deal with. Every problem was always a simple solution. I loved talking to their people on the phone. You can judge a lot about a company by how we are treated—not on onesies and twosies, because we have good experiences, bad experiences with every company, but on balance. Dealing with American Express these days has become stressful. To me they’ve become just another credit card company. So I’m gonna say no.
Sandy Laycox Editor in Chief Read More
See More: COVID-19 Culture Insurtech Leadership
1
Industry The ESG Storm Is upon Us
2
Industry Relentless Pursuit
3
Industry Who's to Blame?