Workers compensation COVID claims are starting to come in, and some states are shifting the burden of proof.
By Joseph Cantlupe Posted on September 1, 2020 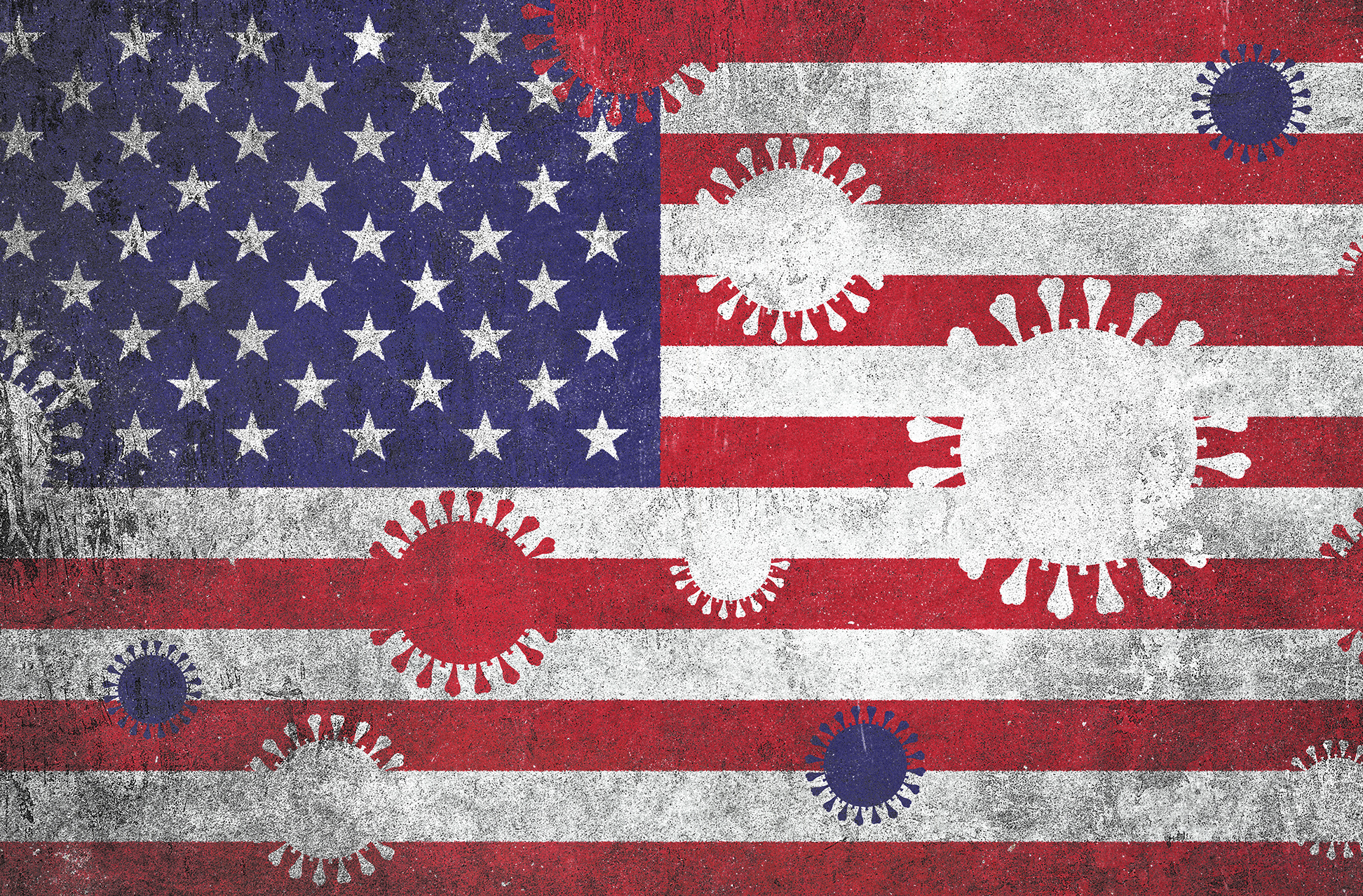 As the coronavirus pandemic continues across the world, the United States alone has seen, as of press time, more than 5 million people infected and more than 163,000 deaths.

For workers compensation, it’s a world of uncertainty.

With months of fewer workers going to offices and factories, the number of standard workers comp claims is expected to decline. But those for work-related illness—COVID-19 in particular—are headed upward and bring with them complications for employers, insurers and the brokers who provide interface.

Some states have passed legislation or imposed regulations that would establish a presumption of workers compensation coverage for COVID-19 claims.

By mid-June, more than 2,800 federal employees filed workers compensation claims for contracting COVID-19 on the job, a number expected to double in a month.

Brokers may best be able to help on the risk management side at this point.

More states are passing legislation and imposing regulations to mandate the presumption of workers compensation coverage for COVID-19, which experts say is unprecedented. Brokers and insurers say the overall situation is in a state of flux, but many predict there will be legal battles ahead.

“The workers compensation system faces significant uncertainty in the years ahead because of the COVID-19 pandemic and resulting economic fallout,” according to Donna Glenn, chief actuary at NCCI, in a recent analysis. “Covid-19 is a shock to the industry, impacting almost every aspect of workers compensation,” the report says.

At a minimum, according to NCCI, “there is a reasonable likelihood for COVID-19 to result in significant [workers compensation] claims costs during the accident year 2020.”

The presumption laws are creating lots of confusion and have preferred classes of workers,” Wilhelm says. “As the country opens up, it will raise the question of whether new COVID-19 cases arose out of employment risk.
Mark Wilhelm, CEO, Safety National

With more people working from home, the overall number of workers compensation claims could fall. But Christine Williams, managing director for the Worker’s Compensation Center of Excellence at Marsh, says there might be “greater [COVID] claims frequency for some industries,” generating higher overall costs and even additional cost burdens of processing such claims. The industries most affected would be those that have continued operating throughout the pandemic.

Insurers have concerns about potential requirements to “pay claims that were not anticipated in the underwriting,” says Mark Wilhelm, CEO of Safety National, a specialty insurance and reinsurance provider. “One of the biggest concerns is what does the future hold? Will COVID-19 cases spike up again? What are the risks of future pandemics?”

Wilhelm notes that the industry depends on models of past experiences to project future underwriting and pricing business. “Since COVID-19 has never been seen before and we don’t know what the future holds, how do we adequately price for those exposures?” Wilhelm says. “We are certainly getting lots of questions from our broker partners with regard to coverage for future virus/pandemic claims. We are evaluating these issues on a case-by-case basis, and we are also reviewing our policy terms as they apply to such claims.”

How many virus-related claims ultimately will be filed is unknown. Moreover, the breadth of treatment—and the correlating expense—don’t have adequate actuarial data yet. COVID-19 claims may involve many variables, including medications, hospitalizations and mental illness. Also, the evolving work-at-home environment does not necessarily change the equation for possible workers compensation COVID claims, Wilhelm says. Factors such as lack of oversight of work, improper use of equipment and in-home distractions may play into claims.

Many states are proposing and adopting regulations and enacting laws that expand workers compensation coverage to include COVID-19 for certain groups, especially healthcare workers and first responders. The state actions effectively say that, if workers contract coronavirus, it will be presumed that the illness stemmed from their employment. The states have different versions of who would be covered as well as different proof required by workers to establish they were stricken on the job.

The key term is “presumption.” So far, most states include a clause allowing rebuttal of the presumption—but with a heavy burden on the employer or insurer to prove that the infection was not work related. That makes it easier for workers to file successful claims, according to the National Conference of State Legislatures. As of mid-July, 20 states had introduced legislation to expand workers compensation coverage to include COVID-19 as a work-related illness. Of those, seven have enacted their proposals establishing such a presumption of compensability. (Download chart)

Some states have taken regulatory action to extend coverage. For instance, in May, when California entered stage two of the gradual reopening of the state, Gov. Gavin Newsom issued an executive order creating a presumption of compensability under workers compensation insurance for all employees exposed to COVID-19. That executive order has since expired, and it remains to be seen whether the California legislature will pass one of the proposals that has been introduced and the extent to which it will mirror the May executive order.

With prospects of extended orders, Steve Martin, president of Pan American Insurance Services, in Stockton, California, anticipates that insurers will re-evaluate their pricing, since “we have not seen a change in pricing in the short term.” Under the California orders, insurers had 30 days to refute and investigate submitted claims. “We’re getting a lot of calls from employers that someone had COVID-19. Often, someone in the home already had it—that’s been more of the typical scenario,” Martin says.

In the states that have passed legislation, COVID-19 is more likely to be covered under workers compensation than other communicable diseases, note Tim Walter and Chris Gingue, both underwriters and vice presidents at AmWINS Specialty Casualty Solutions. But in those states that have passed legislation, there are different scenarios and elements that must be evaluated as to when an employee seeking workers compensation coverage contracted COVID-19. Elements to evaluate could include if someone at home has had the disease, if the claimant was at a party, or if they could have been exposed elsewhere. There are also questions as to the duration of the presumption of compensability and the potential creation of a preferred class of workers.

COVID-19 cases could mark a watershed in how workers compensation claims are handled. “Typically, the burden fell on the employee to prove an illness was work related,” says Tony Foley, workers compensation specialist at AmWINS. “In certain states, now it’s the burden of the carrier to prove COVID-19 wasn’t contracted on the job, but there are varying definitions of what is compensable as well as the definition of a frontline worker.”

According to NCCI, during the initial wave of the pandemic, data suggested that between 49 million and 62 million people—about 33% to 42% of the workforce—could qualify as essential workers.

As brokers and insurers consider the new state laws and regulations, an additional issue is how long the presumption will apply. The workers compensation extensions that have been proposed (and some that have been enacted) all endure for varying degrees of time—applying prospectively from the date of enactment through some seemingly arbitrary end-date, retroactively and through the state of emergency, or indefinitely.

Finally, “the presumption laws are creating lots of confusion and have preferred classes of workers,” Wilhelm says. “As the country opens up, it will raise the question of whether new COVID-19 cases arose out of employment risk. When everyone was staying home except essential workers, the argument for presumptions was that those workers faced increased risk compared to the general public. That is not the case anymore, with many businesses reopening and people going out to restaurants and shopping.”

“For example, why is someone working at a grocery store treated differently than someone working at a clothing store,” Wilhelm says. “Why would a healthcare worker with no patient contact be presumed to catch COVID 19 from the workplace? Did that employee get the disease through a spouse, a child or other family member?” Wilhelm also questions whether those scenarios would affect the employee’s claim.

“I think it’s a big challenge,” says Teri Zanders, vice president for workers compensation client advocacy at EPIC Insurance Brokers & Consultants. “It’s hard to tell what was the exposure. Unless you know where the person was every minute of the day, you are not going to know. We may have a second wave hit this fall and more claims coming in. We’re using the time to put our protocols and communication in place for how we handle it.”

Jeff Eddinger, senior division executive for NCCI, says there may be some tough choices ahead for insurers and brokers.

He says workers compensation claims could rely on the degree of exposure to the virus while on the job. “That’s a gray area, and we don’t know yet the extent of how many of such claims would be compensable.”

With so much uncertainty involving workers compensation cases, experts are pointing to two areas where insurers and brokers can take steps that could help their clients: crisis response and risk management.

Too often, brokers say, clients have only minimal plans for catastrophes such as the coronavirus. Brokers will see three-page, hastily written documents. Instead, they advise lengthy reports that go into minute details of what clients should do every day. Wear a mask? Yes, wear a mask, and here are the reasons why, they say.

Brokers and insurers are stepping up conversations with clients and colleagues, holding daily and weekly briefings, scrutinizing and changing guidance as needed. They describe the need for detailed scenarios that must be spelled out in intricate fashion to evaluate workers compensation claims for legitimacy.

Guidance from the government and industry “have been evolving so rapidly and so quickly,” Martin, of Pan American, says. “You put out a guidance that would be helpful, and a week later it’s wrong. We have to be light on our feet and push information as we receive it, figure out what is most current and most effective.” The most important involves safety protocols for workforces, he adds. Too often, he says, there’s still an attitude in some workplaces that the virus is not real.

“Our team is enforcing that this is real and to enforce that with the workforce,” Martin says. “Employers have had to adapt their processes and re-engineer their footprint and operations to help with prevention and education.” For now, he says, “it’s pretty foggy up ahead, and you can’t see where you are headed.”

Zanders at EPIC agrees. “Right now we have seen an increase in claims, and we’re tracking all the COVID-19 cases so that all the insurance carriers can respond. For a lot of carriers, this is all new. Everyone is treading lightly to make sure they get it right.”