A mega ship’s recent bottleneck in Egypt is one of several issues facing the world’s shipping trade.
By Zach Ewell Posted on May 26, 2021 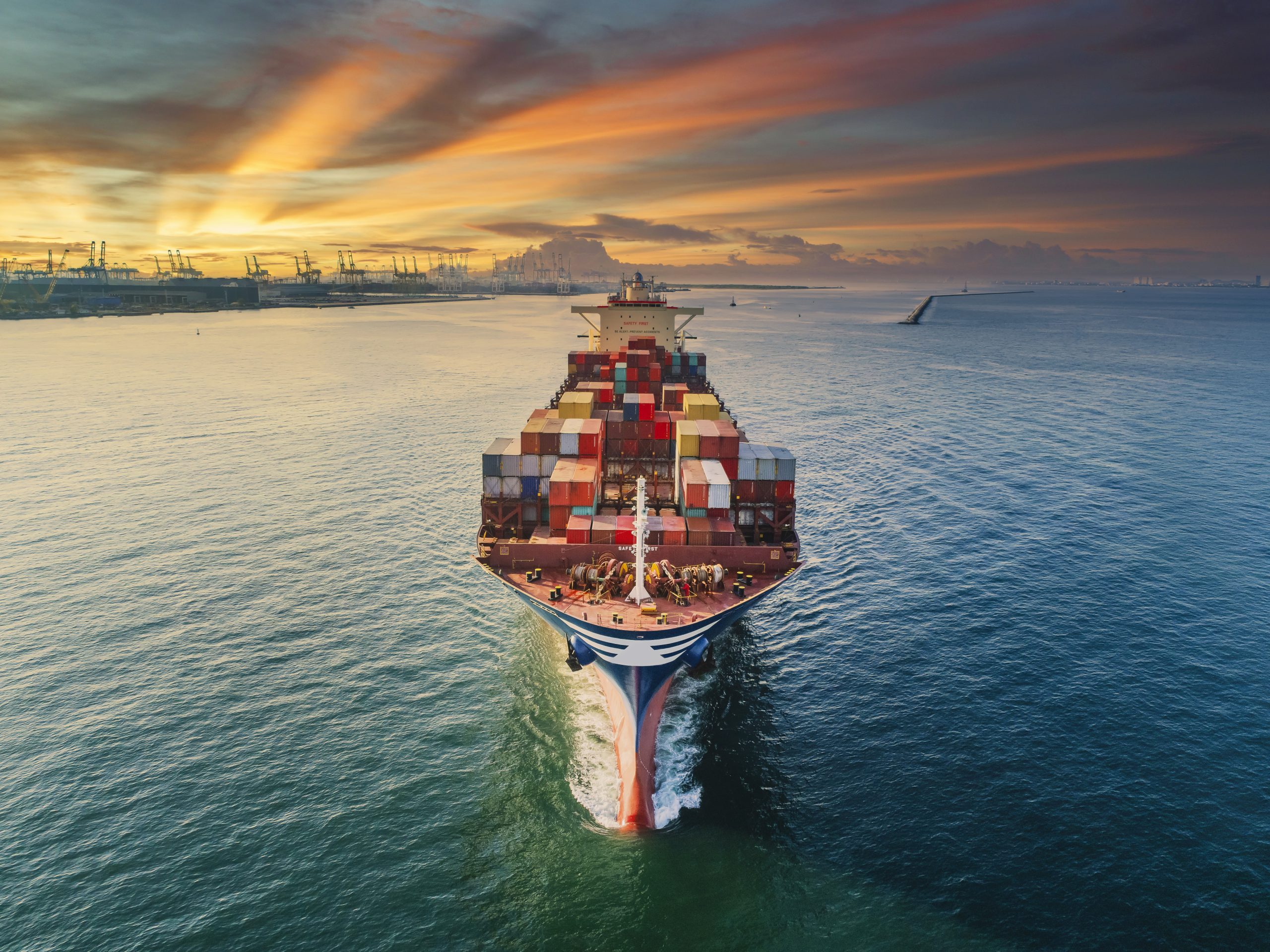 The global supply chain was recently thrown into gridlock when one of the largest container ships on earth, the “Ever Given,” became lodged in the bank of the Suez Canal, causing a bottleneck in one of the world's busiest trading routes.

The canal blockage in Egypt, which connects the Mediterranean Sea to the Red Sea and provides the shortest sea link between Asia and Europe, caused boat traffic to come to a halt for over six days as dozens of tug boats and digging crews worked tirelessly to free the ship’s bow.  While hundreds of vessels waited for the Ever Given to be freed, other cargo boats took the longer route and sailed around the entire continent of Africa to reach their destinations in Europe. The blockage in the Suez Canal is only one example of how large container vessels are creating issues for the global supply chain and the marine infrastructures that are struggling to accommodate ships’ massive sizes.

Shipping traffic jams occur off American ports as well. This spring, off the coast of Los Angeles, dozens of cargo ships waited days to dock and offload their goods. “Part of the problem is the ships are double or triple the size of the ships we were seeing 10 or 15 years ago, [and] they take longer to unload,” Kip Louttit, executive director of the Marine Exchange of Southern California, told news publication Insider in an interview. Meanwhile in Miami, dredging (removal of underwater ground) has been used to make the depth of its ports deeper to accommodate larger container vessels.

Ships continue to grow in size due to their cost savings. The larger the ship, the more twenty-foot equivalent unit (TEU) containers can be loaded onto it. And the larger the loads a vessel can carry, the cheaper the shipping costs will be. “It is likely ships will continue to get bigger as a larger ship is more economical to operate and economies of scale increase with respect to how much cargo can be transported vs the operational cost,” said Anne Marie Elder, AXA XL’s global chief underwriting officer of marine. “Risks increase as ships get larger and there is more aggregation of values.”

In the Ever Given’s case its size and the number of containers it was carrying likely contributed to its collision with land as high winds and a dust storm made the 20,124 TEU vessel unsteerable. The last time the Suez Canal was widened was in 2015. At that time the largest container could hold around 19,000 TEU. Now the largest ship is the HMM Algeciras container vessel which can hold almost 24,000 TEU. Wind isn’t the only factor that makes these mega ships hard to steer but the amount of water they draw as well.

“Today, there are around 20 ports in the world capable of handling the latest generation of container ships. The challenge is not just about the construction of the actual port facility and the installation of large and complex gantry cranes but also the infrastructure surrounding the port too, which can include deeper waters, bridge hightail, access routes and environmental impact,” said Jorge Pecci, president and CEO of SafeWaters, and marine practice head at RSG Underwriting Managers LLC.

One of the most common risks for large container ships is the possibility of fire breaking out on board. Either caused by human error or poor shipping and loading, fires on large cargo vessels can easily overwhelm a crew.  “As the size of a container vessel increases, the potential for human error in mislabeling contents or improperly stowing containers increase,” Elder said. “This can increase the potential of a shipboard fire.” In March of 2018, a fire broke out on the container ship Maersk Honam off the coast of Oman on the southeastern edge of the Arabian Peninsula. Five people died, the fire took five days to get under control, and the loss is estimated to be one of the largest general average claims on record, in the hundreds of millions of dollars, according to Allianz. If the fire on the ship had not been contained, however, total loss likely would have exceeded $1 billion in damages. While the cause of the fire was not identified, investigators believe it started due to cargo on the ship generating intense heat, according to a press release by Maersk, the ship’s company.

Poorly stored and mislabeled containers can drastically increase the risk of fire on a large-scale vessel. “Let’s say cargo [filled with lithium batteries] is loaded adjacent to the engine room were increased temperature will be exposed to it, and it will not have enough ventilation,” Pecci said. “Nobody knows that a ticking bomb is there.” According to Pecci, temperatures can often fluctuate based off a cargo ship’s journey sailing around the world, and the risk of fire is often increased by hot weather if a specific container on a vessel is holding something sensitive to heat. “The larger the container vessel, the more difficult it becomes to fight and extinguish a fire, especially at sea,” Elder said.

Although the risk landscape has grown alongside the sizes of these mega container ships, market capacity has shrunk. “Market capacity was growing for the last decade, but in the past three years it has contracted significantly, largely driven by the historic unprofitability by some ocean hull and cargo insurers,” Elder said. According to a report by Willis Towers Watson, 2020 was one of the hardest markets for hull coverage in more than 20 years.

The COVID-19 pandemic has had a massive impact on the global supply chain. “Ships are facing port congestion, containers are stuck in storage at ports, terminals and depots around the world are creating later deliveries and longer delays than anticipated,” Pecci said. Due to travel restrictions and pandemic safety protocols for shipping and port crews, workers are operating at a limited capacity.

When it comes to shipping delays, ship owners and charterers can purchase delay coverage through their protection and indemnity policy. According to Pecci, the policy typically covers 21 days of lost revenue and hire or running costs caused by authorities, collisions, groundings, pollution incidents, cyber-attacks, hurricanes, cyclones, typhoons, navigational incidents and crew injuries, among other risks. However, claims resulting from cargo delays due to port congestion are usually left out. “Cargo is normally excluded,” Pecci said. “Basically, loss damage or expenses caused by delay is excluded. The only exception are expenses payable under general average [when all parties that have investments in a voyage share loss proportionally]. There is a possibility to purchase a separate coverage for loss of profit sometimes called ALOP (Advanced Loss of Profit) or DSU (Delayed in Start Up).”

Just over a month since the Ever Given blocked the Suez Canal, Egypt has started work on lengthening the global trade route. The Suez Canal Authority announced it plans to extend a second lane which would allow two-way boat traffic near the section of the canal where the Ever Given became lodged. Experts say these steps to build larger and safer waterway infrastructures in canals and ports around the world will go a long way in accommodating increasingly large container vessels and to prevent delays in the global shipping supply chain.