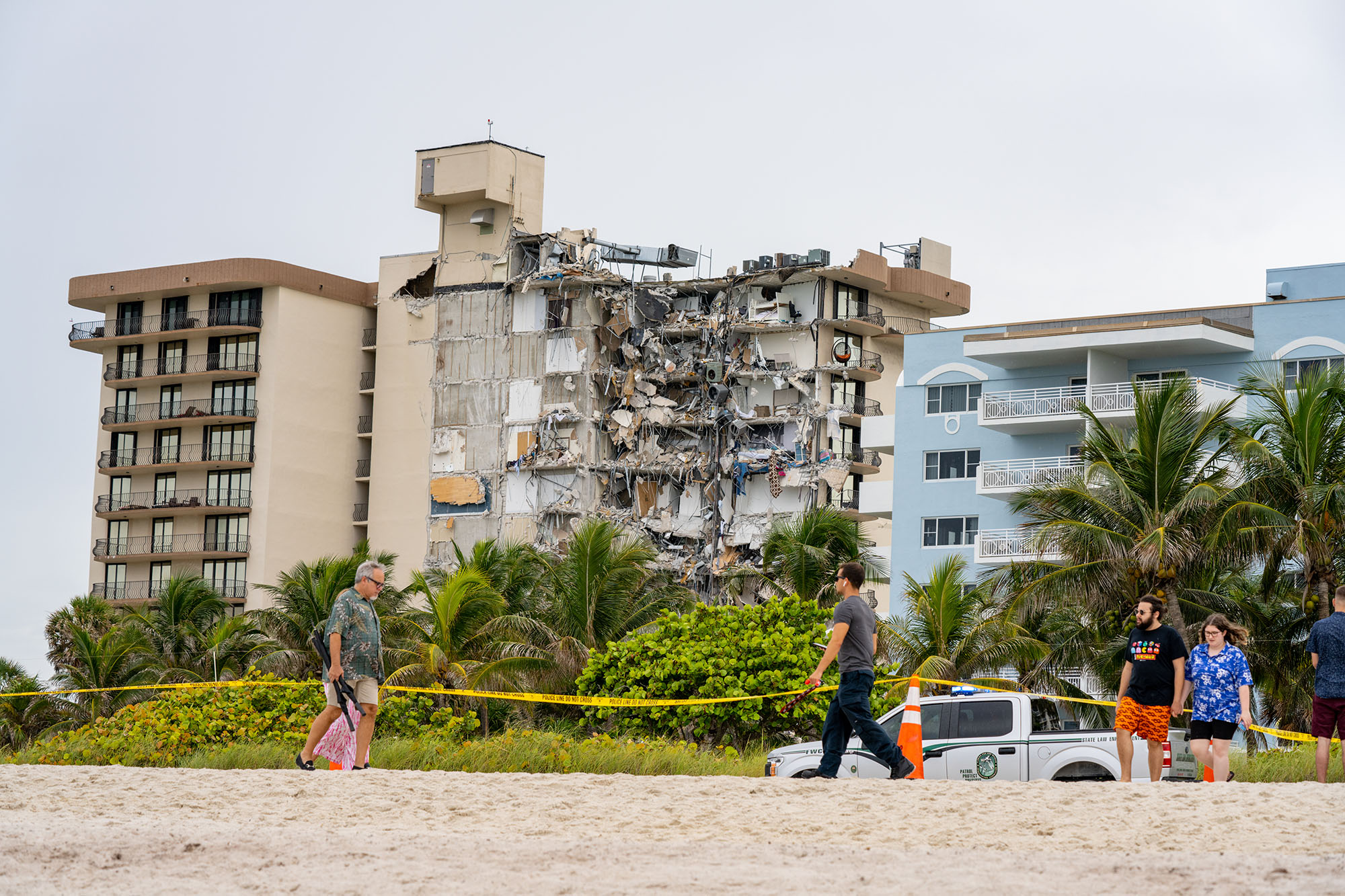 With the recent collapse of the Champlain Towers South condominium in Surfside, Florida, the concept of an unexpected catastrophe is suddenly poignant to many.

How might the Surfside disaster change the risk management review process moving forward for other commercial organizations?

Q
What are the biggest risks to commercial property owners in terms of building safety?
A
Fire safety is the biggest risk. Having a monitored interior sprinkler system and smoke alarms goes a long way to ameliorating fire risk. But tenants use gas and heat daily for cooking and laundry. Many older buildings do not have interior sprinkler systems, and if they do, the systems are not monitored.
Q
What do commercial policies usually cover and are there any gaps in typical policies that insureds may not be aware of?
A
From a property perspective, commercial policies have covered perils that serve as triggers that are physical in nature, e.g. fire, water, hail, wind, lightening, etc. In terms of gaps, flood or earthquake come to mind as physical occurrences that can lead to losses that would be excluded on the property policy; however, there are other policies available that cover these perils. Business income comes to mind due to the pandemic. Property losses, to be covered, need to be triggered by a cover peril, and contagion and viruses are not on the aforementioned list of covered perils. If a virus resulted in a physical loss, of inventory for example, then it would be covered, but for the majority of property policy insureds, this was not the case, so there was no business income coverage during the pandemic.
Q
What about the cost to rebuild? With lumber costs high and supply chains struggling, do current policies provide enough coverage?
A

The increased cost of construction notwithstanding, this has always been an issue as building owners have been reluctant to insure to value as it can get costly. There are incentives within the property policy to push owners to insure to value, but there is and has been resistance among owners to do so because of the cost. The issue is not whether the policies provide enough coverage, the issue is, are owners willing to pay for it?

Carriers have taken steps to address this such as raising limits in line with inflation, but for a large property owner, they will have influence over the blanket limit of coverage. They can also move limits around on a per location basis, but for the individual property owner or HOA with one location, they are responsible for [insuring] the building to value.

Q
What risk management practices can commercial property owners employ to protect their investment?
A
There are many. But they can get expensive, so it depends on the economics of the property in question. For an older building for example, ideally, it has been retrofitted for earthquake and structural upgrades, interior sprinklers, fire and smoke alarms have been installed, the roof is regularly maintained and replaced over time, and there are maintenance contracts for the elevators and the HVAC. For many properties, paying for these safety features is not feasible for the residents if they own the building in the case of a co-op/HOA. The question is what to do when the cost far exceeds the cash flow generated or the ability of the unit owners to pay. This will be an expanding issue going forward as HOA boards and corporate boards are going to be held responsible for the oversight of enterprise risk management. In the case of apartment buildings and co-ops, cities will have to drive safety regulations. The question will be how to fund it. The availability of housing is an issue, so the ability to create and maintain safe living environments will be front and center going forward.
Q
Can you share a client experience that you’ve dealt with that would offer some helpful lessons learned?
A

We see issues most often where the economics are not there to support all of the desired safety features that would be common place in an A-class market rate property. We have clients who have had buildings condemned because of fire and earthquake events that wouldn’t harm buildings built to code today. The result has been that hundreds of low income tenants are forced to move. We have a situation right now where the developer of a large multi-story apartment complex didn’t build the structure to the earthquake code of the day, circa 1980, but they were able to get the building signed off as if it was built to code. Forty years later, a seismic event has rendered the building unlivable, and it was only then that engineers realized how unstable the structure was. Fortunately, no one was injured.

Currently, the present owners are dealing with how to rebuild the property and who will pay for what. This is an unfortunate example as the owners did maintain the building and even had engineers inspect it, but as it happened, the faulty structural components were only revealed after the building was destroyed because they were interior to the foundation. In the case of the Champlain Towers South, the issues were exposed and documented.