Lifestyle Famous Who Claim Us the March 2019 issue

In a boring industry? Whoop it up.
By Louise Lague Posted on March 1, 2019 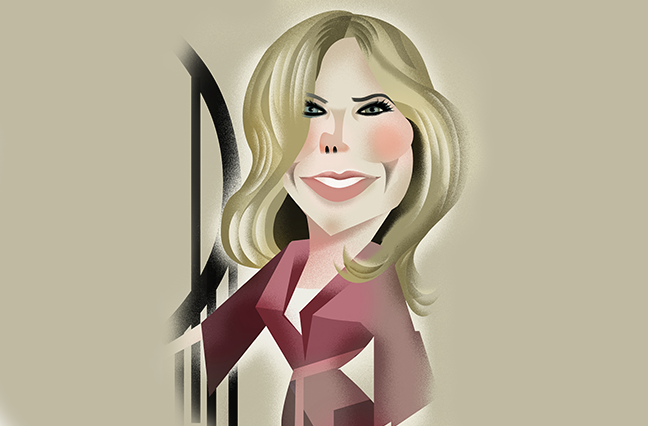 Being a televised Real Housewife is not all fake eyelashes, cleavage and cat fighting.

The girls often have jobs, too, but none as lofty as Vicki Gunvalson, the longest-standing Real Housewife of Orange County, who owns and runs Coto Insurance in Irvine, California.

Gunvalson, 56, says she began pondering an insurance career after she found out a girlfriend’s commission on the life insurance policy she sold Gunvalson on a soon-to-be ex-husband. Later, as a single mom of two, she found a firm, got licensed, “and I became the first woman agent who was hitting the numbers out of the park every single month,” she told InsuranceNewsNet Magazine. She eventually started her own firm, Coto Insurance and Financial Services, which sells life, health, auto, home and business insurance.

Besides that, she runs a small production company and a sideline called “Diamonds by Vicki,” which vends $11,000 earrings on Amazon. Last December, she peddled her very presence by inviting fans to join her and her boyfriend on a five-day trip to Mexico for only $1,550.

“I want to control my own paycheck. I want to have full control of what I do and therefore I can go to bed at night knowing that I’m never going to be dependent upon a man ever,” she said.

Surprising statement from a Housewife? Maybe. But Gunvalson is anything but predictable. She is at the forefront of many a party scene, flaunting her favorite expression, “Whoop it up!” and keeping the ladies on their toes.

Twice married and divorced, she is dating former Anaheim policeman and frequent local political candidate Steve Lodge. She vows she’ll marry him—hopefully on camera—if only he would ask.