I’m not as conservative as they may think. I have very good friends in the People’s Republic of Madison.
By Chris Hann Posted on July 15, 2013 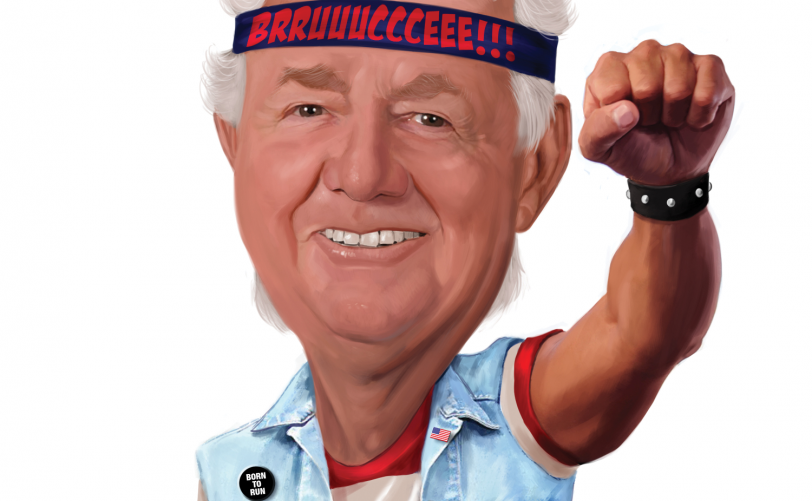 Q
You’ve lived in Madison, Wisconsin, nearly your whole life. What was it like growing up there?
A
There were 50,000 people here when I was growing up. It was kind of a typical Midwestern town, almost like a fortress, sheltered from reality. Like every city in this country, we now have many of the issues facing larger cities.

Was it not known then as the People’s Republic of Madison?
Oh no, very contrary to that. There was a family pictured on the front cover of Life magazine in 1948—“The good life of Madison, Wisconsin.” It was kind of a halcyon moment, a post-war kind of storybook city.

And you’ve stuck around?
Well, I lost the map out. The more success you have in the insurance business, the less likely you are to ever leave because over time you build a client base and that client base is built on geography. I never wanted to leave anyway.

How did you get into the industry?
I was recruited into it, I guess. I don’t think very many people went to college with the idea of going into the benefits insurance business.

What are yours?
It’s an enormously satisfying business. It’s wonderful to make clients out of your friends, but in many ways it’s even more rewarding to make friends out of clients.

Tell me a little about your business.
Well, first of all, it’s not “mine.” We have more than 20 shareholders. Beyond that, it’s a full-service agency—roughly 50% benefits and 50% property-casualty. We’re roughly the 70th largest agent broker in the country. We have five offices, all in Wisconsin, and about 200 employees.

And you’ve seen growth in recent years.
When the recession came along, we just decided not to participate. And it’s amazing how, with the right stubbornness, or perspective, or point of view, or attitude—however you want to describe it—we’ve taken the opportunity of growing in the last five years in substantial ways.

In June you began a one-year term as chairman of The Council of Employee Benefits Executives. What’s been a benefit of The Council for you?
The benefits of Council membership are too numerous to list. However, we have a study group within the benefits side, which includes seven firms. Meeting with those people over the last several years has been without question the single most gratifying thing I’ve done in the 40-some years I’ve been in the industry.

Why?
There are absolutely no egos. (Laughs.) At least we check our egos at the door. We check our sense of proprietary concerns at the door. We speak extraordinarily straightforwardly with one another. It’s really a chemistry thing. Nobody dominates. Nobody sits back. Everybody participates.

What do you like to do when you’re not working?
I like to travel and play golf. I combine the two where possible—I travel to play golf. We also like to go to a secret little island we’ve gone to for 20 years—Anguilla.

Do you have a favorite movie?
Probably my all-time favorite movie is “The Graduate.” That may have something to do with the fact that I was graduating from college the year it came out. It was beautifully directed. Dustin Hoffman was wonderful. The supporting characters were wonderful.  The soundtrack was fabulous, and I fell in love with Katherine Ross.

Did anyone ever suggest that you go into plastics?
No, but I’ve insured a lot of plastics companies over the years, so I eventually got there.

How about a favorite musician?
I’ve been to a lot of big concerts—the Rolling Stones, Pink Floyd—but I’ve been to 39 Bruce Springsteen and the E Street Band concerts, from Shea Stadium to Tacoma.

What is something people would be surprised to learn about you?
That I’m not as conservative politically as they may think. I had a little stint, in the late ’70s and throughout the ’80s, as part of an advance team for the Reagan-Bush White House, so I kind of got branded. However, I have some very good friends involved in politics in the People’s Republic of Madison, including our celebrated mayor, Paul Soglin, who I’ve known for 30 years.

And you’ve been involved with some local charities.
I was president of Briarpatch, a center for runaway kids and troubled families. I was also the original treasurer of Breast Cancer Recovery and served on their board for many years. Their primary mission is to provide retreat opportunities for breast cancer survivors.

Last question: What gives you your leader’s edge in this industry?
The fact that I’m no less enthusiastic today than I was 43 years ago. Every day I relish going to our office and getting into the business. I’m going to be 67 this year, and I don’t know how the hell to get out of it. I assume my partners will have some ideas. As long as I continue to feel relevant, I don’t really want to leave.

Age: 66
Hometown: Madison, Wis.
Family: Wife, Gail (married 21 years); children: Brendan, 40; Erin, 33; Dillon, 17
Last Book Read: “Last week I read The Great Gatsby for about the 10th time. With the movie coming out, I thought it would be fun.”
Wheels: Tahoe SUV. “The rumors are true: We get a lot of snow out here, and SUVs are terrific for getting through the messes.”