If you ask me who’s on my list of heroes, John Lennon is probably at the top.
By Chris Hann Posted on March 11, 2013 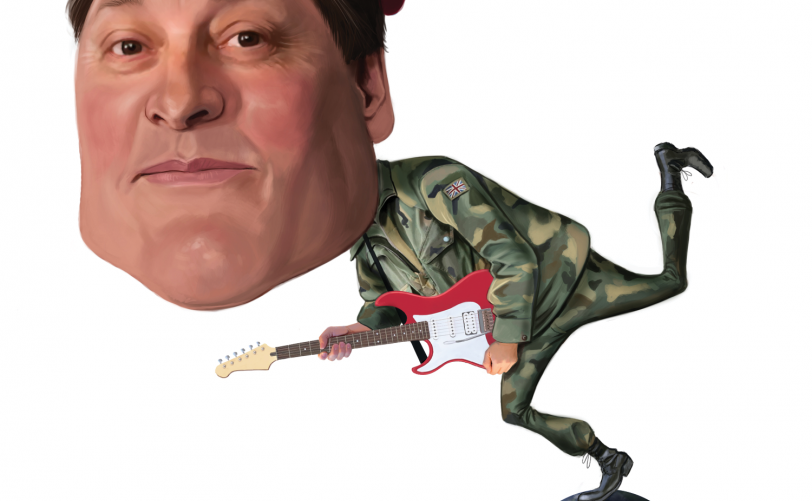 Q
Tell me about your business.
A
We are a specialty firm of insurance brokers and employee benefits consultants, publicly quoted on the London Stock Exchange. We have around 8,000 employees worldwide. We spent the last five years investing heavily in high-growth economies, particularly Latin America and Asia. Our 2011 total revenue was £819 million pounds ($1.24 billion).

You’ve been in the insurance industry for more than 30 years. What’s kept your interest?
I’m a kind of an internationalist. I like solving problems in Latin America one week and Asia the next week and North America the next week and Europe the next week. My life is really about traveling all over world and trying to ensure that JLT’s clients can access all the strengths of the group, without barrier.

You spent four years in the British Army. What was that like?
I joined an infantry battalion. We were in Northern Ireland when Northern Ireland was quite active. For a young guy—I was 18 when I was commissioned as an officer in the army—as a way to grow up fast, leave home and start your life, it was a fantastic experience. Thirty-something years later, it’s still with me in everything I do, particularly in terms of my values and beliefs being founded on the things they teach you about loyalty, determination to complete the task and how you treat people.

Your father was in the army as well.
We lived in Gibraltar, Yemen, Kenya, Malta, Singapore, Malaysia, Germany and Northern Ireland. I was 13 years old before we came to live in England.

Did you feel like a stranger?
A little bit. When I met my wife, who was born and brought up in the same place, and had friends from childhood, that was all so unknown to me.

Do you travel now with your family?
We ski together and every couple years we try and embark on an adventure kind of holiday to far-flung places. We’ve been to New Zealand. We’ve gone on safari in Africa. We have a house in Corfu, Greece, so that’s our little family retreat. Over the years the Greeks have learned how to make good wine, so you can drink it now without poisoning yourself.

Why?
It’s more an emotional response than an intellectual response. I think there’s a kind of honesty that shone through everything he did. The bottom line—it’s great music, isn’t it?

What do you like to do when you’re not working?
I like being at home in Oxfordshire, frankly. I’m quite happy if I never have to answer the telephone. We have about 10 acres, three dogs, two horses, and a Siamese cat. In winter we shoot game birds—pheasants, partridges. In summer I play a little cricket. My interest is family and peace and quiet. And a little bit of Jimi Hendrix. You can’t stand peace and quiet for too long before you revolt.

Your daughter came to work at JLT about 18 months ago. How’s she doing?
She works in the business I founded, the political risk business. I get great feedback from the team and underwriters and even from competitors, how well she’s doing. It’s kind of gratifying that one of your children doesn’t think you’re a really boring guy with a really boring job. She’s never said, “Dad, I wish you played bass guitar with Deep Purple.”

Last question: What gives you your leader’s edge in this industry?
There is a three-phrase mnemonic that we use: client first, independent and results-based. Even with 8,000 people, we still have the heartbeat of a small company. We still have the passion for the business, despite having a global delivery capability. We have a leader’s edge individually and collectively. And I would stress that “collectively” is the more important word.

Wheels: Toyota Land Cruiser Amazon (“I’m not very car-minded. I’m more interested in the quality of the hi-fi than the engine.”)