When I travel abroad and I say I’m from Memphis, I get a blank look. Then I say Elvis.
By Chris Hann Posted on October 1, 2013 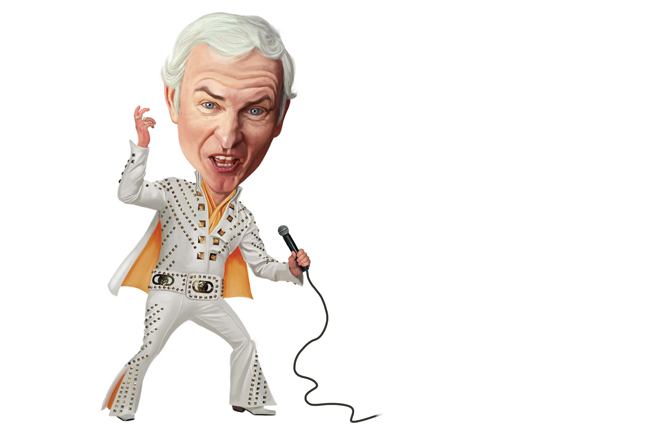 Q
Tell me a little about your business.
A
Lipscomb & Pitts was founded by John Pitts, my father, and Mat Lipscomb in 1954. As Liberty Mutual personal lines salesmen, they decided to take the entrepreneurial leap. In 1992, Mat Lipscomb III and I bought the firm from our fathers. We had 19 employees. Since then we have grown to be the largest independent broker in the Mid-South, with more than 130 employees.

Was it a given that you would one day work for your dad?
Very few things were a given back then, including a job. But, reflecting back, I believe he wanted me to work with him. He attracted me to the industry by introducing me to successful insurance people and showed me how this could be a satisfying career.

What was it like working with your dad?
Well, it wasn’t like working for your mom! He would tell me to go out, close the deal, and we’ll “clean it up” when you get back. He taught me that the insurance business always has one major hurdle—time. But if you maximize your time by being organized and delegate properly, you can be much more productive.

What was your dad like as a business mentor in the insurance industry?
As a World War II veteran, Eagle Scout, and an entrepreneur—he was the classic Greatest Generation man. God gave him a heaping dose of common sense, and that’s how he ran his life and business. He was a clear communicator despite being dyslexic. His approach and manner was very simple: Communicate in a straightforward fashion and be accountable.

This month you become chairman of The Council. What are your plans?
I met with Ken, Andy and The Council team in August to glean perspective and talk about the coming year. We have one of the best Council teams in recent history. I hope to sustain our momentum as an organization and clearly communicate our positive message to the industry, media, regulators and Congress.

Tell me a little about Memphis.
Most know our city as the Home of the Blues and the Birthplace of Rock ’n’ Roll, and it’s jaw-dropping to think how much our city has affected the music industry globally with Elvis, Aretha Franklin, Al Green, Jerry Lee Lewis, Justin Timberlake, B.B. King, and Isaac Hayes. Memphis is mentioned in more songs than any other city in the world for a reason. We have great people, amazing food, including world-class BBQ, the NBA Grizzlies, an affordable cost of living, and a legacy of entrepreneurs, like Fred Smith with FedEx, Pitt Hyde with AutoZone and Kemmons Wilson with Holiday Inn.

If you come from Memphis, are you obligated to be an Elvis fan?
You are not obligated. You just naturally become one. When I travel abroad and someone asks where I am from, I say Memphis and get a blank look. Then I say Elvis. “Oh, yeah, Elvis, rock ’n’ roll!”

You’re very involved in charity work in Memphis.
Our goal is to take a leadership role in making a difference in our community, and the perfect example is our Lipscomb Pitts Breakfast Club, which operates like a privately funded catalyst. We underwrite the cost of the organization and host over 150 events each year aimed at enriching our community. We’re able to bring together leaders from across the Mid-South for seminars and for tutoring and mentoring children after school, washing the feet of thousands of youth and giving them new shoes, and picking up tons of trash with hundreds of volunteers. My favorite types of charities are those that focus on children. The Boy Scouts of America will always hold a special place for me because my father, my son and I were all Eagle Scouts.

Last question: What gives you your leader’s edge in this industry?
Having a father as a mentor early in my career has given me an edge, but having my supportive wife, Kim, is what has sustained me. She supports me and enjoys our business, our industry and our friends. She will be a great First Lady of The Council!

Age: 55
Hometown: Memphis
Family: Wife, Kim (married 29 years); three children: Jennings, 26, banker (she’s getting married November 16); Rob, 24, hotel business and outdoorsman; Mary Carson, 18 (“She’s earned a pole vault scholarship to Tulane University and is the two-time Tennessee state pole vault champion, with the five highest vaults in state history.”)
Last vacation: British Virgin Islands. “We chartered a catamaran with my daughter’s fiancé and his family. We were on the same boat for a week. A great bonding experience.”
Wheels: Lexus SUV. “It can take me on a muddy duck hunt in the morning, then be cleaned up to take Kim and me to a black-tie event in the evening.”