From architecture to cuisine, “Port City” is somewhat of a melting pot.
By Allen Ladd Posted on November 30, 2018 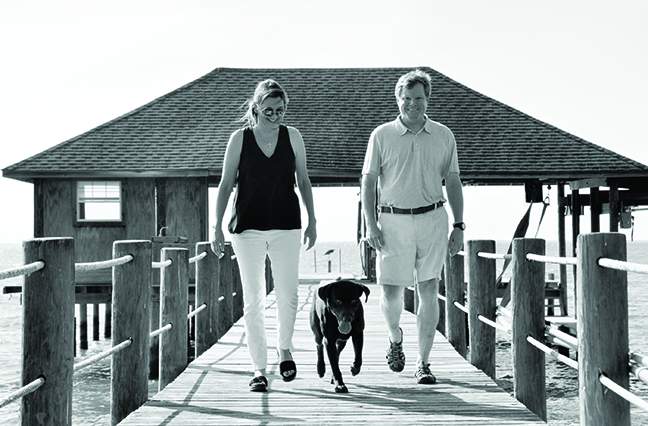 What’s to love >> Spanish, French, British, Creole, Catholic, Greek and African heritages have shaped everything in Mobile, the oldest city in Alabama. From architecture to cuisine, “Port City” is somewhat of a melting pot. Nearby, you can explore the battlegrounds of Civil War forts, tour the USS Alabama battleship that permanently resides in our bay, go crabbing or kayaking on the delta, or bury your toes in the sand at a beach.

Gulf cuisine >> The farm-to-fork movement is a popular shift in many Mobile restaurants like The Noble South, which dishes up Southern classics with a creative twist. But fresh Gulf seafood has always been the heart of Mobile’s culinary scene. It’s as abundant as it is delicious. BLUEGILL Restaurant on the causeway is a great local dive that’s been the pride and joy of our seafood restaurants since 1958. They’re known for their flaming oysters and prime location on the Mobile-Tensaw River Delta. The sunset views are glorious.

Cocktails >> Fuego is a Mexican fusion restaurant that has a fun happy hour. They serve a variety of margaritas and local craft beers. The fact they’re located across the street from our office is a bonus.

Stay >> The Battle House Renaissance Mobile Hotel & Spa. Located in the heart of our revitalized downtown, this historic hotel has been recently renovated. It’s also a short walk to Wintzell’s Oyster House, the oldest oyster bar in town, for fresh Gulf oysters shucked right in front of you.

Don’t miss >> Getting out on the water. The Mobile-Tensaw River Delta is the second largest “swamp” in the United States. From fishing to a sightseeing cruise to kayaking and canoeing, there are many ways to roam the waters.

Festive >> Most people don’t know that Mobile is the birthplace of America’s original Mardi Gras. Originating in 1703, it was revived after the Civil War when Mobile citizen Joe Cain, fed up with post-war misery, led an impromptu parade down the streets of the city. We’ve been carrying on the tradition ever since with parades, colorful floats and flying MoonPies (a locally made graham cracker, marshmallow, chocolate snack).

Side trip >> Gulf Shores and Orange Beach are just south of Mobile. The 32-mile stretch of beach has white sugar sand, a laid-back pace and a family friendly environment with plenty to see and do.