1
Lifestyle Famous Who Claim Us the June 2022 issue 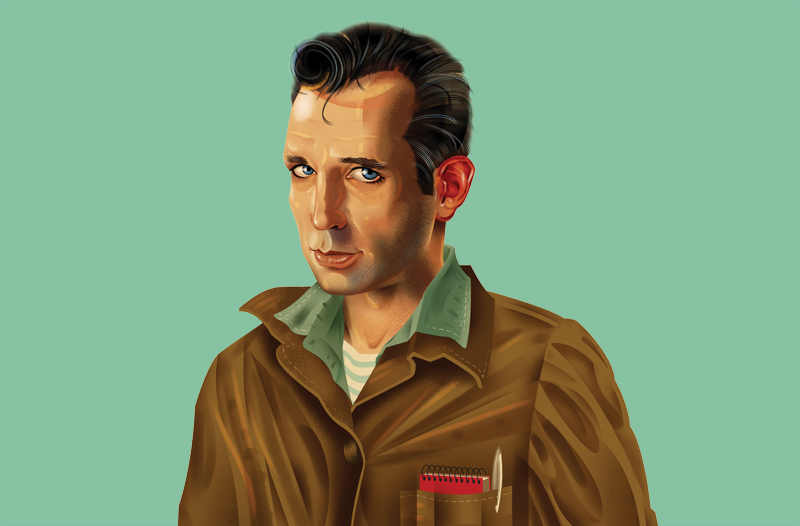 After World War I, what could have been more stable than a two-parent home in Massachusetts, the daily influence of Catholic school, and a family entrenched in the insurance industry? So was the life of Jack Kerouac—famed writer, philanderer, alcoholic and seeker of beauty.

Born 100 years ago in March, Kerouac was a French-Canadian American and the son of an ambitious insurance salesman surrounded by other family in the business. But, despite the hopes of his parents, the agency life didn’t appeal to Jack. He went off to Columbia University on a football scholarship, broke his leg, dropped out, pumped gas in Hartford, worked on a construction crew building the Pentagon, joined the military (was medically separated after 10 days for having “strong schizoid” tendencies), and moved to NYC where he took up with Allen Ginsberg and William Burroughs and began trawling the world for beauty and love. Their life and writings were the start of the beat generation, named—as Kerouac told William F. Buckley on “Firing Line”—from the Latin word for beauty, which came to Kerouac as he read the inscription on a statue of Joan of Arc in France.

Kerouac indulged in every facet of life he encountered: city life, Buddhism, sex, jazz, drugs, homosexuality and poverty. His first published book, The Town and the City, reflected the culture clash between his hometown Lowell and the Big Apple. In the end, though, he disavowed the hippie movement, telling reporter Mike Wallace, “I’m not a beatnik. I’m a Catholic.”

In 1951, he put together some previous writings about travel and philosophy to create On the Road. The manuscript—with its revolutionary style—was rejected for six years before Viking published it to great acclaim…after taking out the sex and changing the names to pseudonyms.

Kerouac went on to write 12 more novels and several books of poetry, and he married three times, though he confessed his mother was the only woman he ever loved. He died from cirrhosis in 1969 leaving a life insurance payout from John Hancock of $575.34.