INDULGE: Beer Is Back in Birmingham

German immigrant Philipp Schillinger opened Birmingham’s first brewery in 1884. It was a festive time. As Carla Jean Whitley noted in her book Birmingham Beer: A Heady History of Brewing […]
By Carrie Williamson Posted on March 1, 2017 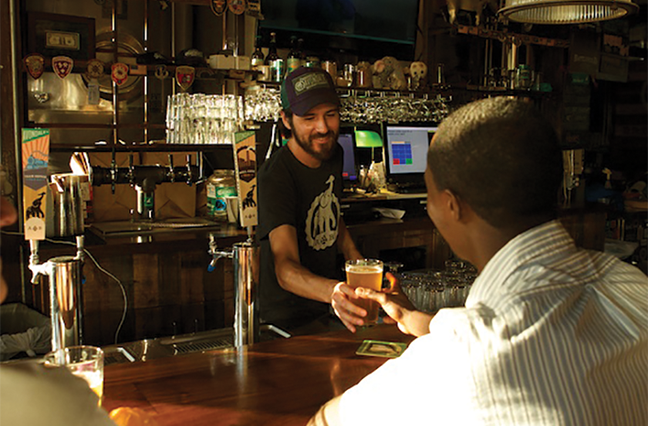 German immigrant Philipp Schillinger opened Birmingham’s first brewery in 1884. It was a festive time. As Carla Jean Whitley noted in her book Birmingham Beer: A Heady History of Brewing in the Magic City, Schillinger rode the lead float in the city’s first Mardi Gras parade, drinking to the crowd’s health.

The party stopped with Prohibition, and even though this miserable period in spirits history came to an end, it wasn’t until the repeal of Alabama’s restrictive beer laws in 2009 that local beer production resumed. There are now five craft beer breweries in Birmingham, with another, Birmingham District Brewing Co., scheduled to open later this year.

Avondale Brewing Co. The year-round and seasonal beers are named after the folklore of Avondale. The Long Branch Scottish Ale is a nod to the saloon that once occupied the historic building where the brewery is housed. Avondale recently opened a separate tasting room dedicated to funky beers, like barrel-aged saisons, sour beers and Brett beers.
www.avondalebrewing.com

Cahaba Brewing Company This brewery moved to a bigger location last year. It serves a variety of beers—core, seasonal, single hop, specialty, historical—in its taproom and on its covered patio. Skee-Ball draws a rowdy crowd.
www.cahababrewing.com

Good People Brewing Company Across from Regions Field, the taproom is inside the actual brewery, so you can watch folks brewing while you sip suds. Good People serves five year-round brews—a flagship pale ale and four seasonals—and an occasional one-off.
www.goodpeoplebrewing.com

Trim Tab Brewing Co. Local art hangs on the walls of the laid-back tasting room, where you can see the brewery through windows. Flagship beers are Pillar to Post Rye Brown and the TrimTab IPA, and the brewery also serves seasonal brews.
www.trimtabbrewing.com