Lifestyle Famous Who Claim Us the November 2018 issue 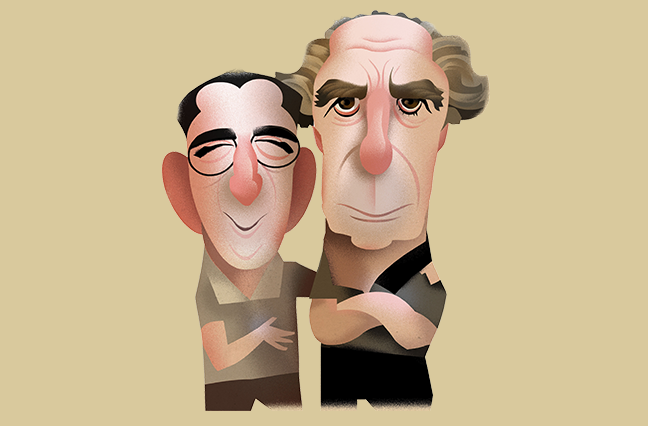 Many a celebrity has had a parent in insurance, but few are more famous than Herman Roth, father of the late Philip Roth.

The younger Roth was one of America’s greatest novelists. (Portnoy’s Complaint, Goodbye, Columbus and 15 more). Roth wrote about being Jewish, midlife crises, alienation and general disillusionment. Nobody ever accused him of frivolity.

On the other hand, his father Herman Roth was lively and endearing, with a celebrated gift for remembering and recounting colorful anecdotes about Newark, New Jersey, where he lived all his life. Herman was a first-generation immigrant who left school at 13 to work in a Newark factory. For most of his life, he was employed by Metropolitan Life; he started out as a door-to-door insurance agent and retired as a district manager in 1964. It was a creditable climb for a man who often felt passed over because of his religion. His son Philip once described him as a cross between Captain Ahab and Willy Loman.

Any modicum of fame Herman gained was from the 1991 memoir Patrimony, which Philip wrote while watching his father die from a brain tumor, a struggle that ended in 1989. He follows the timeline of his father’s impending death with curiosity, anxiety and love. Patrimony won Philip Roth the National Book Critics Circle Award in 1991.

Philip Roth learned much and wrote often about death, but in Patrimony he learns a lesson about insurance as well. He writes of fearfully approaching his father with a living will to read and sign, terrified of further depressing a man so close to the end of his life.

“How could I have forgotten that I was dealing with somebody who’d spent a lifetime talking to people about the thing they least wanted to think about?” he wrote. “He used to tell me: ‘Life insurance is the hardest thing in the world to sell. You know why? Because the only way the customer can win is if he dies.’”