Lifestyle Famous Who Claim Us the July/August 2018 issue

The infamous attorney general inspired at least three films, none of which comes close in fright to the horror he unleashed upon the insurance industry.
By Louise Lague Posted on August 6, 2018 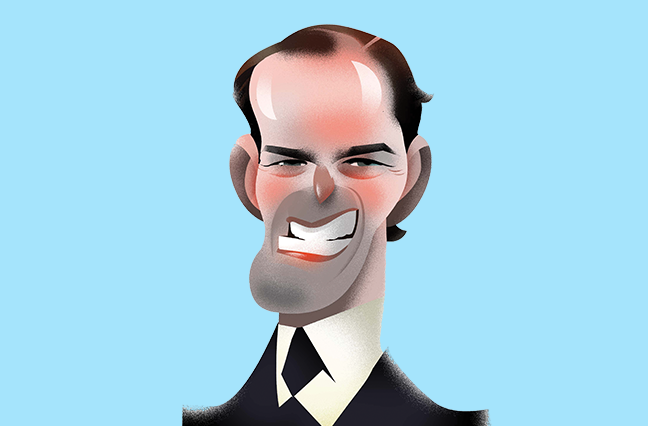 Eliot Spitzer was a vigorous crusader as New York attorney general between 1999 and 2006.

Tough and ambitious, he battered away at financial institutions, corporations and, memorably, the insurance industry. He spent one year as governor of New York, until his 2008 resignation over an alleged $80,000 worth of prostitution bills.

Add to his accomplishments his role as muse for at least three filmed productions on the theme. There is the Alex Gibney documentary called Client 9: The Rise and Fall of Eliot Spitzer, for which the ex-governor cooperated, admitting he created his own downfall.

Most famous was the hit television series “The Good Wife,” starring Julianna Margulies as the wife of a state’s attorney who is jailed for political and sexual scandals. She returns to work as a junior litigator to support the family and struggles with the idea of divorce. The show’s creators say they were inspired by the stories of John Edwards and Eliot Spitzer and the wives who stood by while they apologized. “The Good Wife” and its actors won 28 major awards and scooped up a slew of nominations during its years on the air (2009-2016).

The most graphic of the Spitzer-inspired production is the 2015 feature film Zipper. Patrick Wilson does praiseworthy work as the hotshot lawyer Sam Ellis who is Southern, slick and happily married.

Unfortunately, he possesses a sexual drive that cannot be dispelled by a wife, a serious jogging habit, or 100 pushups. When he’s tapped to run for attorney general, he tries to clean up his act, but the addiction will not bow to reason.

He’s a sympathetic character—one who might inspire just a shred more sympathy from the insurance industry than his real-life inspiration, whose mere mention may still conjure nightmarish visions.