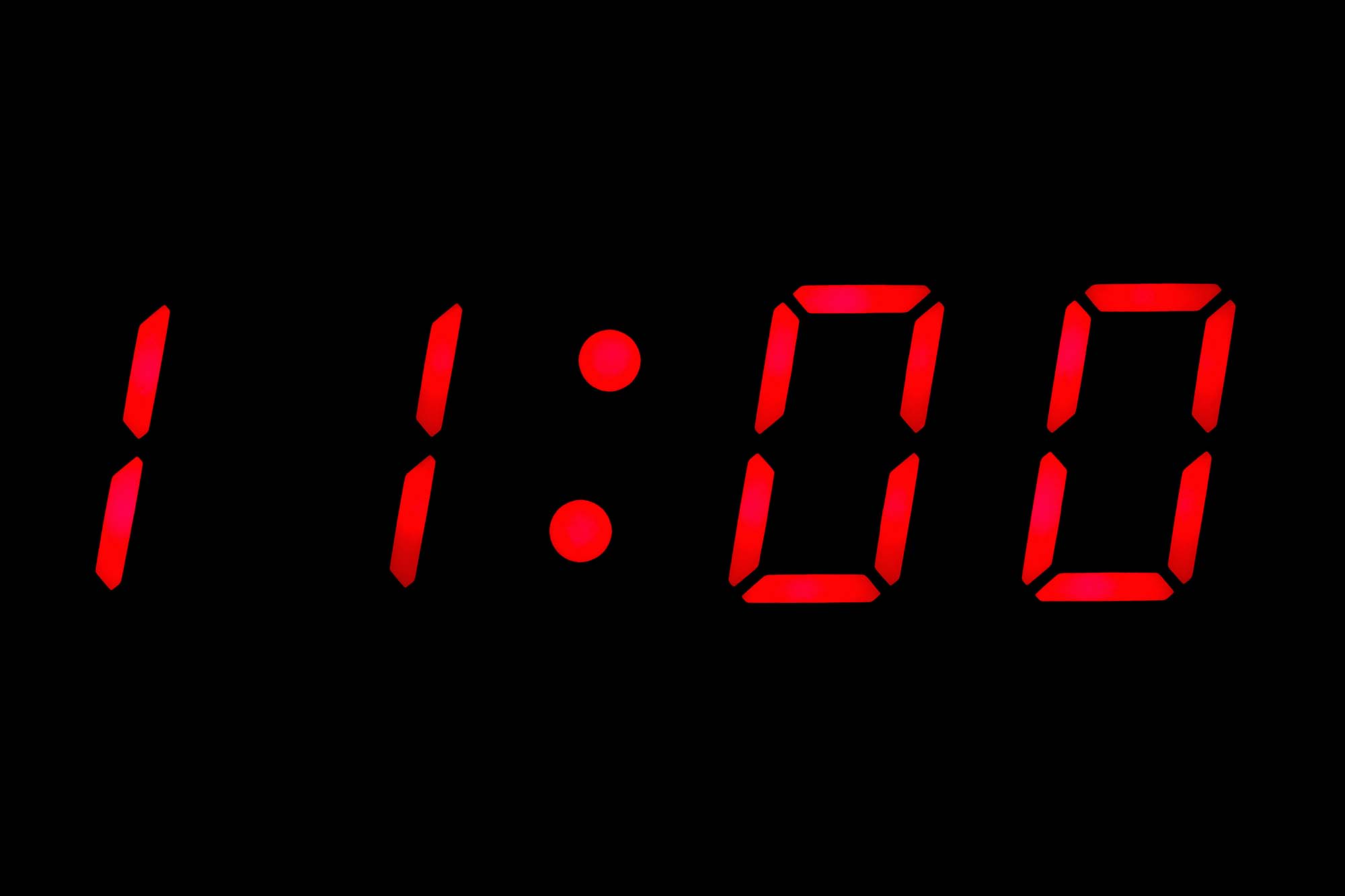 How long does it take to become experienced? In the price-cyclical world of insurance, the answer is, “a long time.”

Market cycles grind on relentlessly for years. Their length is inconsistent, but seven-year intervals seem to be important. A septennial is approaching: the badge of experience is just around the corner for anyone with fewer than about 14 years in the business. It has been that long since the previous significant market peak began to become a trough.

Welcome, initiates, to the hard market.

Prices have been rising for a while in most classes of business. That in itself is an anomaly for relative newcomers who are used to negotiating a discount at every renewal. But that gentle upward drift does not a hard market make. It will come around only when startups storm the beaches to grab a share of rapidly rising premiums, risk carriers fail left and right, and some risks simply cannot be placed at any price.

All those things are happening now.

The global market is approaching 11:00. That’s the time when, according to a device known as the Warburg Wheel, all surviving risk carriers prosper and brokers must fight tooth and nail for capacity (just try finding D&O for an IPO). Again and again, the insurance sector’s relentlessly rotating wheel of fortune has proven accurate. My own research has tracked the insurance pricing cycle back more than a century. Every time, at almost every point of the wheel’s rotation, the industry will declare the cycle dead, but such pronouncements are invariably shown to be premature.

Back in 2001, after the full impact of the World Trade Center attacks were finally realized, London’s underwriters chanted the words “hard market” for weeks, like a mantra. It was over by 2005.

Such soundings are now being heard again. The good times are ready to roll.

They always arrive eventually but not necessarily in the same way. This time, rising insurance prices have provided the first concrete evidence that the hard market is approaching. They are way up. The Council’s quarterly P&C rates survey for first quarter 2020 found that insurers hiked premiums by an average of 9.3% across the board during the first three months of 2020, with the cost of cover for the largest accounts up 12.6%. By line, umbrella casualty was up 17.3%, and commercial property 12.0%. These are big rises after more than two years of less dramatic, sporadic increases. They will continue.

The second piece of hard-market evidence is rising reinsurance prices. Usually a leading indicator rather than a follower, this time the reinsurance market was later to harden, but harden it has. Hyperion X, the technology and analytics division of brokerage Hyperion (which includes RKH Specialty, Howden, and the MGA Dual), estimates Florida property catastrophe reinsurance costs were up 26.1% at the midyear renewal. It’s the highest jump since that last hard market, when comparable rates leapt 27.9%.

That’s bound to drive up the cost of cover for ultimate insureds. Brokerage will of course rise as well, but you will have to work harder than ever for it.

Higher retentions and capacity shortages are the next hard-market phenomenon. As prices rise, some buyers will decline to pay and choose instead to run the risk. No doubt the steep hikes in the Sunshine State would have been even greater if the Florida Hurricane Catastrophe Fund had not decided to let go of its $920 million reinsurance program. That choice released nearly a billion dollars of reinsurance capacity.

Meanwhile Citizens, too, cut back its reinsurance buying, by about $450 million. The predicted active Atlantic hurricane season will make the market even harder if landfalls pummel the eastern seaboard. Even still, some placements won’t get home. In a podcast interview with London newsletter The Insurer, Marsh president and CEO Dan Glaser said, “There are some parts of the market in which there’s not enough capacity to serve clients well and create the right competitive dynamic. So new capacity would certainly be welcomed.”

The global market is approaching 11:00. That’s the time when, according to a device known as the Warburg Wheel, all surviving risk carriers prosper and brokers must fight tooth and nail for capacity (just try finding D&O for an IPO).

Reinsurance rate increases have been less draconian outside Florida, but the mood music is consistent. The pandemic will only make matters worse. Estimates of the cost to the re/insurance market vary dramatically, but Lloyd’s of London has pegged it (rather precisely) at $203 billion. That’s a shade over the $200 billion loss which pundits have been saying for several years will be the severity needed to eat well into reinsurers’ collective (and still-growing) capital base, prompting a turn in the cycle away from its nadir. It comes after multiple natural catastrophes since 2017 have, in aggregate, already cost the market more than the theoretical 10-score threshold.

If that’s not enough proof that a genuine, 11:00 hard market is upon us, Glaser’s call for new capacity is being answered. Recent capital injections by companies seeking to increase the size of their risk portfolios, and thereby profit from rising rates and improving contract terms, can no longer be counted on a single hand. Lloyd’s syndicates and international insurers alike have raised fresh equity capital.

Hard markets also prompt new ventures (including the emergence of Bermuda as an excess market in the mid ’80s to ease a desperately hard U.S. casualty market). This time, the launch in 2019 of an entirely new re/insurer, Convex Group, by industry veterans Stephen Catlin and Paul Brand with $1.7 billion initial capital, reveals the duo’s remarkable understanding and anticipation of the cycle. Convex was up, running and staffed by an enormously experienced team just before the hard market completed its materialisation. It is enviably positioned to reap the benefits.

More recently a slew of entrepreneurial insurance-market professionals declared their desire to work from home to launch new ventures or to redirect and revitalise existing carriers with fresh capital. Many are targeting the newly hardened U.S. excess and surplus lines market. Meanwhile other companies are being remade through mergers or through restructurings that shed underperforming portfolios of business to free up capital in anticipation of a cascade of hard-market premium income.

The cash will flow. “The one common denominator for buyers is simple: the hard market has truly arrived,” Robin Somerville of Willis Towers Watson Natural Resources P&C wrote in the brokerage’s Power Market Review 2020. “The placing process will take longer than you might be used to, so be prepared and work with us to derive optimal results for your organisation.”

The phenomenon is widespread. “The U.K. insurance landscape is currently undergoing a hard market cycle across the majority of insurance classes,” international brokerage Gallagher wrote in a February blog titled “How to best prepare for renewal in a hard insurance market.”

The wheel turns. The first proper hard market is nearly upon us. Experience tells us it will inevitably recede, but in the interim, a new kind of negotiation is necessary. It is now a seller’s market, with hobnail boots laced firmly onto underwriters’ feet. Renewals “as expiring” have become a thing of the past in almost all classes. Filling orders may be difficult for some time. Customers accustomed to annual price decreases may be unhappy, but the temptation to switch carriers to find a better deal will often be a losing strategy—especially for buyers with a grim loss record. Hard markets demand a whole new intermediation skill set. Brokers less than a cycle into their insurance careers are about to gain the full panoply of experience.