Thinking Outside the Sandbox

Insurtech experimentation is proliferating in sandboxes across the globe.
By Vladimir Gololobov Posted on March 27, 2018 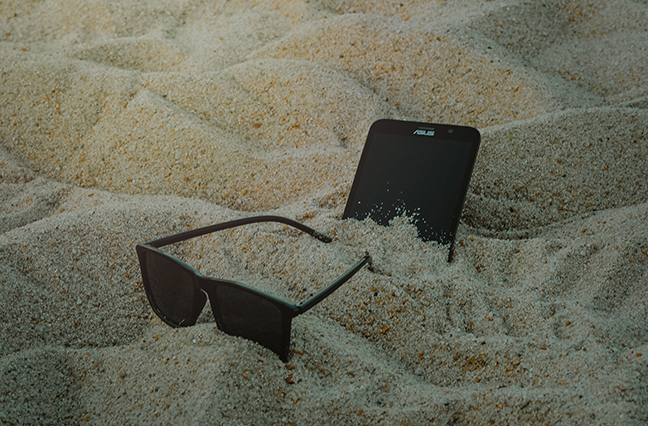 For children, it’s a chance to explore and create within a confined space. Adults need a similar opportunity—including those in the no-child’s-play, multibillion-dollar insurance sector.

While insurance continues to play catch-up with other industries (including other financial services sectors) in using technology, sandboxes are drawing attention from innovators, investors and regulators.

There is no shortage of fundamentally new, tech-based ideas that can potentially have a profound effect on the way we do business. Regulatory sandboxes are viewed as a vehicle for innovators to explore those groundbreaking technologies in a favorable, controlled environment, while safeguarding the system and consumers’ interests. While their specific requirements vary depending on a region’s regulatory regime, sandboxes generally establish specific competences and financial criteria for operation and participation, provide a framework for real-time input and set a timeline to assess the viability of solutions. They aim to save time and compliance costs for startups while helping to foster innovation and competition.

Sandboxes have already been successfully adopted in the information technology, healthcare and transportation sectors. Smaller, technology-savvy markets are taking the sandbox a step farther by unrolling broader, innovation-focused initiatives to cover most economic sectors. Singapore’s Smart Nation is a great example of this. It is a whole-nation movement to harness digital technologies to drive pervasive adoption of digital and smart technologies throughout the country.

As the sandbox concept gains popularity globally, insurance regulators in various jurisdictions have begun to weigh their options.

Not Everyone’s Cup of Tea

The U.K. Financial Conduct Authority (FCA)—the British financial regulator—was, in 2016, the first to launch a fintech sandbox, and it remains a recognized industry standard. In its benchmark report last year, the FCA reported 90% of firms that completed testing in the sandbox are continuing toward a wider market launch. Most firms were granted full authorization, while 40% of firms from the first cohort received investment during or following their sandbox tests.

In its benchmark report last year, the FCA reported 90% of firms that completed testing in the sandbox are continuing toward a wider market launch.

Despite its successful track record, the FCA’s vision for the sandbox is not completely shared by other regulators; governments’ sectoral priorities shape sandboxes’ objectives and specify technologies, companies under review and time horizons. As regulators’ mandates differ, those who are charged with promoting competition are likely to have a greater appetite for innovation. For example, the pro-competitive sandboxes in Australia and Singapore allow quicker validation of early-stage technologies, so startups are exempt from onerous licensing requirements.

Other jurisdictions may fall under the “exotic” category, which means they are farther away from the conventional understanding of sandboxes. For example, countries such as Bahrain and Sierra Leone struggle with vast socioeconomic challenges, including young populations lacking competitive skills, inadequate access to risk coverage and lack of full participation in economic activities (like purchasing insurance) among women and minorities. Their regulatory mandates can be dictated by a broader socioeconomic agenda of full employment and financial inclusion.

The sandbox approach may not be embraced by key economies either. When it comes to financial regulations, China usually takes a more reactive, wait-and-see attitude, allowing companies to innovate and stepping in when adverse events and crises strike. Online finance company Ezubao’s Ponzi scheme in peer-to-peer lending, which affected almost one million investors, is a recent byproduct of such policies.

Even in the United States, experts question if sandboxes are necessary, given America’s well-established and tested regulatory structure. They argue the U.S. regime in financial innovation is technologically agnostic, globally competitive and accommodating to new solutions and investors. The numbers, however, may tell a different story. The U.S. share of global insurtech investment has been steadily declining, while Europe’s share increased from 15% in 2012 to 33% last year, and London became the largest insurtech investment destination, ahead of New York and San Francisco. It’s possible that sandboxes may in fact have reinforced mature European financial markets’ global competitiveness to attract capital and talent.

Innovation cannot be contained within boundaries; neither does it evolve in a vacuum. Although sandboxes may require that technologies under review explicitly benefit the local economy, the platform is inherently primed to lift borders and test insurtechs’ flexibility and scale. Recently, we have seen a proliferation of international insurtech partnerships among various regulators. The FCA formed partnerships with Canada, China, Japan, Hong Kong and South Korea, while Singapore signed fintech accords with Australia, France, Switzerland, Denmark, South Korea and the FCA.

Future regional and global sandboxes may initially exchange insights on regulatory best practices and developments. Such sandboxes are likely to operate at the intersection of regtech and insurtech functionalities, be designed to clarify rules for companies with cross-border capabilities and encourage regulators to establish consistent cross-border reporting standards and certification requirements. In the long run, cross-border sandboxes can make a substantive contribution in helping develop cross-border solutions, targeting international payments, cyber security, blockchain and risk management for multinational accounts.

As an emerging player, insurtech trade associations have also become an important voice in setting sandboxes’ parameters and infrastructure. Earlier this year, several insurtech NGOs from Australia, Asia and the United Kingdom representing brokers, insurance startups and carriers formed the Global Insurtech Alliance (GIA) to promote global growth in insurance innovation, coordinate international activities and collaborate on industry insight. As the GIA explores its new mandate, insurtech regulation is a natural niche where it can weigh in.

Regulators worldwide are on the lookout for eligible startups for new sandbox cohorts, and so are insurance companies. Insurance carriers’ interest in startups is another manifestation of carriers’ efforts to stay relevant and participate in new insurance trends. As insurtech startups may be bound by investment agreement requirements, their participation in sandboxes can serve as an effective back door for well-established insurance companies to test their solutions or even participate in influencing new rules indirectly. Interestingly, sandbox participants Wrisk, Nimbla and PolicyPal entered into partnerships with established carriers prior to their engagement with regulators.

As insurtech startups may be bound by investment agreement requirements, their participation in sandboxes can serve as an effective back door for well-established insurance companies to test their solutions or even participate in influencing new rules indirectly.

Since improvements in intermediation remain insurtechs’ focus, brokers should take note of such synergies and stay apprised of regulators’ appetite for competition through sandbox innovation.