If your claims department is involved before the policy is even issued, you create a pre-existing condition everyone can live with.
Sponsored by Aspen Insurance Posted on December 2, 2014 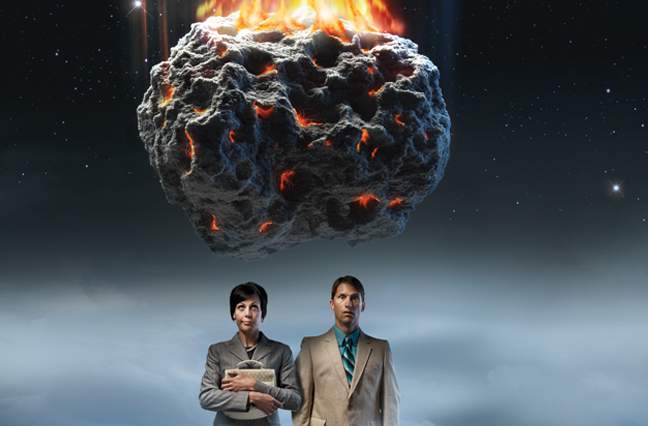 At first blush, the construction project to refurbish a California bridge seemed fairly straightforward. The underwriters looked at all the standard issues associated with claims for bridge construction and found no red flags.

But then the underwriters took an extra step and consulted with an Aspen Insurance claims coordinator—a vital component in the company’s risk analysis process.

It turned out the bridge was about 80 feet above an oil tank farm, so if a piece of steel were to fall during the construction project, it could easily puncture one of those containers, raising the possibility of a major environmental disaster with a huge cleanup expense. In addition, the waterway that the bridge spanned handled roughly 75% of all the goods shipped into the United States and was very much at risk in case of an environmental accident.

“If that waterway was shut down, the loss-of-use claims and business interruption claims would have been enormous,” says Stephen Perrella, senior vice president for casualty claims at Aspen, a Bermuda-based commercial and specialty insurance and reinsurance group.

“This was not something you normally review, but now we needed to find out whether they had a safety program in place. Did they have the right approvals to be sure, for example, that the oil wouldn’t pool on the waterway. In the end, the underwriters declined to write the project because the environmental risks were far beyond what they would have had with just a routine construction contract.”

The bridge project is a good example of Aspen’s innovation in risk assessment through heavy reliance on its claims department long before the time comes to write a check.

“It has become vogue for some carriers to talk about their claims department and their great claims specialists,” Perrella says. “But for Aspen, that is just where our story begins. We have coverage coordinators in the claims department who start at the very beginning of the process and are there from the first course to dessert.”

The claims coordinator’s involvement starts when the policy terms are being written, he says, so if a claim is filed, the coverage takes into account such things as court interpretations and the proper application of exclusions.

“We get involved in the process of drafting policy form language so that, in the future, we have pretty much eliminated the potential for a disconnect in understanding and interpreting the coverage terms and we don’t have insureds, brokers and underwriters who have different interpretations of what the coverage means,” Perrella says. “Claims is not just writing checks. By partnering with an underwriter and not waiting for claims to come in, we are minimizing any potential for miscommunication.”

“We get involved in the process of drafting policy form language so that, in the future, we have pretty much eliminated the potential for a disconnect in understanding and interpreting the coverage terms.”

Stephen Cohen, a partner with Fabiani, Cohen & Hall in New York, has represented a number of clients insured by Aspen and appreciates the extra effort taken by the carrier to make the policy language as clear as possible.

“The policy being clearer is always helpful because we know exactly what coverage our clients have,” Cohen says. “When representing an insured, my duties run to the insured, but I also have to work with the insurer in the administration of claims and handling of the lawsuits. My exposure to Aspen on a day-to-day basis involves working with individuals at the company on a given case, a particular insured or a particular program to make sure we have covered all bases and turned every rock.”

“They have a really hands-on approach to managing claims and protecting their insureds, which makes my life easier in doing the same,” Cohen says. “Their insureds are my clients. They are very proactively involved with counsel in the development of defense theories and addressing the adversaries’ theories and in determining how best to manage the claim and minimize the exposure for the insured and the client. That to me is a refreshing benefit in dealing with Aspen. They are there. They come to the trial every day and aren’t shy about providing an honest assessment so that adjustments can be made in real time, if necessary.”

“They have a really hands-on approach to managing claims and protecting their insureds, which makes my life easier in doing the same.”

Aspen claims personnel also have been helpful in cases where personal communication with a would-be insured can help guarantee everyone is on the same page and comfortable with the coverage options and how claims will be handled, explains Brian Davidian, senior vice president for casualty at AmWINS Insurance Brokerage of California.

“Large accounts from time to time require a certain type of service and executive attention,” Davidian says. “If I ask Aspen, they are readily available for a response where larger carriers may not be that accessible. They have shown a willingness to be able to go above and beyond where others may not.”

For example, a potential client, an adult entertainment nightclub, was interested in understanding how claims were handled involving employees who worked for the company and those who were contractors.

“It took a lot of back and forth with the insured, and in the end, we were able to find an appropriate comfort level for the client as to how Aspen was going to handle the claims,” Davidian says. “Some things a normal claims department would never have agreed to, Steve agreed to, and he gave the client enough confidence in the way Aspen would handle the claim that the client decided to go forward.”

“We have had situations where an insured or a broker requests that a certain exclusion be removed, or an underwriter might indicate that he is not comfortable writing a specific risk,” Perrella says. “Or they may write the account without an exclusion if it is going to be a deal breaker. We have been able to suggest alternatives and find solutions that will accommodate both.”

Aspen claims specialists also review the loss lines of an existing account to determine whether the insured has taken adequate steps to prevent claims. This can be particularly important when dealing with manufacturers that rely on dealer contracts with distributors that, when it comes to warnings on the product being sold, may not have enough protection for the insured.

For example, one of Aspen’s customers was an industrial mower manufacturer that produced lawn mowers used on golf courses with water hazards.

“As the mowers would get on a slope around a water hazard despite a warning to stay off slopes, they were rolling over, and we had a bunch of drowning claims,” Perrella says. “Installing roll bars for protection against that sort of accident was supposed to be part of the mower instructions, but when we looked downstream at the distributors, we found there wasn’t a firm contract with distributors and the distributors were not installing the roll bars as the manufacturer instructed.”

“So the distributors were given an option—the company would either install the roll bar at the factory before it goes out to the distributor or the distributor would agree to indemnify the manufacturer in case of an accident if the roll bar was not in place,” Perrella says. “So now we had a defense, and we are much more comfortable with the risk. We had had a couple of drowning claims the year before, but we haven’t seen one since we took that step.”

Aspen’s claims division is also involved in monitoring accounts and doing statistical analysis throughout the coverage period to identify loss trends. The results can help underwriters identify areas where business practices could be improved to reduce the risks and lower the number of claims in a certain area.

For example, Perrella says, Aspen claims specialists noticed there were a number of claims involving injuries from broken glass at a bar in Las Vegas. On further investigation, the claims specialists found that as hours passed and the alcohol flowed, drunken young people frequently were getting up on tabletops and dancing, glass in hand. They often fell off the tables and cut themselves, sometimes severely, when their drink glasses broke. Video monitors showed bar security personnel were actually helping some of the young people climb onto the tables.

“We said, ‘Why don’t you go to plastic stemware to reduce the incidence of broken glass,’” Perrella says. “And we also told the insured they can’t be in a position where the security staff are helping these young people climb onto tables to dance. You need to discourage this. You can’t be an enabler.”

“You are still going to have people get on a table and fall off,” Perrella says, “but now we try to get that person down and discourage the behavior rather than having a security guy help someone climb on a table. It is a much more risk-savvy approach. It is clear to me not many insurance companies are as proactive with risk assessment as we are.”

Read More
See More: Claims Management Construction Risk
1
Industry Price and Prejudice
2
Industry Is There Too Much Industry Surplus?
3
Industry Rebel with a Cause