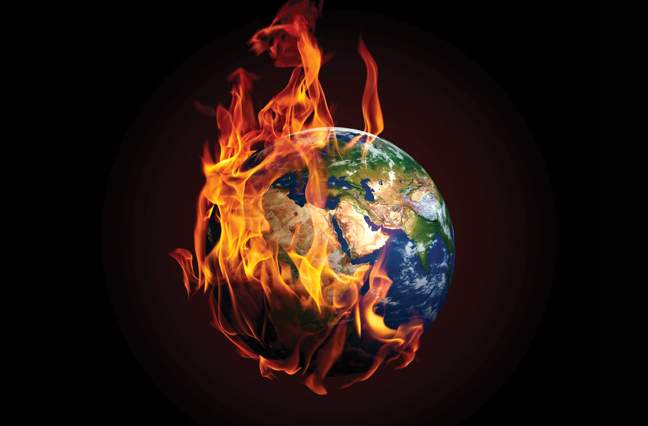 The global credit crunch of 2008-2009. The regime-toppling ripples of the Arab Spring that started in 2010 and continue to this day.

The Argentine president’s 2012 seizure of the nation’s largest crude oil producer, ousting its Spanish owner Repsol. Russian troops massing on the border of the Ukraine after the annexation of Crimea.

These seemingly unrelated events all share one characteristic: political risk. And for companies conducting business in the global marketplace, political risk can be a costly side effect of those ventures.

Although still purchased by a minority of commercial customers worldwide, political risk insurance is increasingly coming into vogue as a way of guarding against loss of assets in times of war, riot, expropriation or regime change. Most standard property-casualty policies cover theft or fire, but political risk coverage goes to the heart of a country’s stability.

“People want to do business in these emerging markets,” says Richard Maxwell, chief underwriting officer and global head of political risk and trade credit insurance for XL Group, one of the leading providers of insurance in this niche market. “The returns are generally higher, but the risks also are higher, and this is one way of mitigating those risks.”

Maxwell says political risk insurance has been growing “in a reasonably significant way” in recent years. “It is certainly growing more than the GDP is growing in advanced economies. We are seeing growth of about 5% a year for our political risk business,” he says.

“The returns are generally higher, but the risks also are higher.”

In this unstable world, corporate clients often look back at history when evaluating a venture or a country for new business, Freely says, but “rearview mirror analysis” doesn’t help see what is ahead.

“Just because it was good in the past doesn’t mean it will be good in the future,” he says. “In a lot of these countries, through their existing security apparatus—the military and others—they can keep the peace, but when protesters get to the streets, it is unpredictable. You can mitigate risk, but you can’t really eliminate it. Political risk insurance helps to mitigate.”

When the Argentine government took over Repsol’s energy company, YPF, it had multibillion–dollar consequences. If a company has political risk insurance, it can file a claim for the lost assets, and the insurer would pay the claim then proceed against the government to try to collect. Without such insurance, the company is essentially self-insured and needs to proceed on its own with any claim against the government. In Repsol’s case, the company filed a claim with a World Bank tribunal for $10.5 billion but agreed in February to settle with Argentina for $5 billion in compensation.

XL offers two basic products: one for nonpayment, known as trade credit insurance, and the other relating to confiscation or expropriation where there is a loss of physical assets due to war or violence. The nonpayment policy covers two types of defaults: one for businesses that are government-owned or government-operated and one for private sector businesses.

“Instability anywhere can cause financial losses for companies when their payments from customers are cut off, whether by sanctions or other causes,” says Jeff Abramson, senior vice president and global head of trade receivable insurance for XL. “For many companies, trade receivables may be their biggest economic asset. If an income stream is disrupted for an extended period or permanently, the business may not survive.

“While political risk coverage may conjure images of dramatic events, such as coups d’etat and expropriation of physical assets, trade receivable insurance is a rather plain-vanilla kind of coverage that protects against a more commonplace occurrence: nonpayment. There can be many reasons a customer may become unable to pay. One that is easily overlooked is the impact of sanctions on the customer’s supply chain.”

“Instability anywhere can cause financial losses for companies when their payments from customers are cut off, whether by sanctions or other causes.”

Unlike political risk insurance, which normally involves a single country or business venture, trade receivable insurance is comprehensive and can cover a number of a U.S.-based trading company’s customers in developed or emerging markets.

“Over the course of the last several years, not just with Russia and the Ukraine, but also events in Egypt, the Arab Spring, unrest and riots in Turkey, unrest in Brazil and in a variety of other places, there has been very significant political turmoil,” he says. “This has raised the profile of this product.”
Freely says the world is not necessarily a more dangerous place but it is “more erratic.”

“Any time there is a change,” Freely says, “there is going to be displacement.”

The growth of social media such as Facebook and Twitter has increased the ways organizers of populist uprisings can get the word out to supporters, enabling street protests to mobilize quickly. The information age also has increased pressure on governments for transparency, and that, too, can cause social unrest.

“We didn’t expect Egypt and the Middle Eastern countries to have such a drastic and swift deterioration,” Freely says. “That all sort of spread because people became aware of what was going on in other countries.”

When evaluating the insurability of business ventures, “we look first and foremost at the quality of trade,” Maxwell says.

XL underwriters, most of whom are experts in international trade and finance, look at the country risk, market trends, economic structure, whether the country is a dictatorship or a democracy and how its legal system is structured.

“We generally like to have good-quality clients who understand the risk and are in a position to partner with us long-term on these kinds of deals,” Maxwell says.

A number of the most unstable countries, such as Iran and North Korea, would not even be considered for political risk insurance, Maxwell says, either because of the volatile political environment or because of trade sanctions that block U.S. companies from doing business there.

In a situation that blows up quickly, such as the Russian-Ukrainian crisis, insurers that have political risk and nonpayment policies in place will honor them but are looking very carefully at placing any new business.

“The contracts we have signed we are obviously bound to work with and adhere to,” Maxwell says. “Our clients have the benefit of those policies, and they are a lot more valuable now than when they bought them. But we are looking at new business very carefully and are far more cautious than we have been in the past.”

“Generally, insurers are most concerned with potential sanctions that could be imposed against Russia and are proceeding cautiously with deals one at a time,” according to a recent Marsh Risk Management Research analysis. “While some insurers prefer new deals with good risks, others are only willing to support existing programs.”

Looking ahead, Maxwell says he expects a “very tumultuous political environment” to continue for the next few years. “You just have to try to manage your book of business and support your clients as best you can,” he says.

Freely says Marsh also expects a great deal of instability. “We need to see what is happening in the Middle East. Will violence continue in Egypt and Syria? Will emerging markets continue to be a large part of global growth?” he says. “There are a number of elections going on throughout the world including some of the more fragile economies—Brazil, South Africa, Indonesia, India and Turkey, and a few others. The question is how will those governments perform and how will that impact the economy? Will there be civil unrest?”

Among clients, one major concern is regime change. “When governments change in a country, there can be contract cancellations and economic change,” Freely says.

Because no one knows with certainty where the next international hot spot will be, Marsh is recommending that businesses consider multinational and multi-peril coverage rather than purchasing political risk coverage on a case-by-case basis.

“You can buy this cover on a country-by-country basis or even an investment-by-investment basis for a single risk,” Freely says, “but it is very difficult to predict where the next loss will happen. We are recommending global coverage or at least regional coverage.”