COVID-19 complexities test the London market.
By Vladimir Gololobov Posted on May 26, 2020 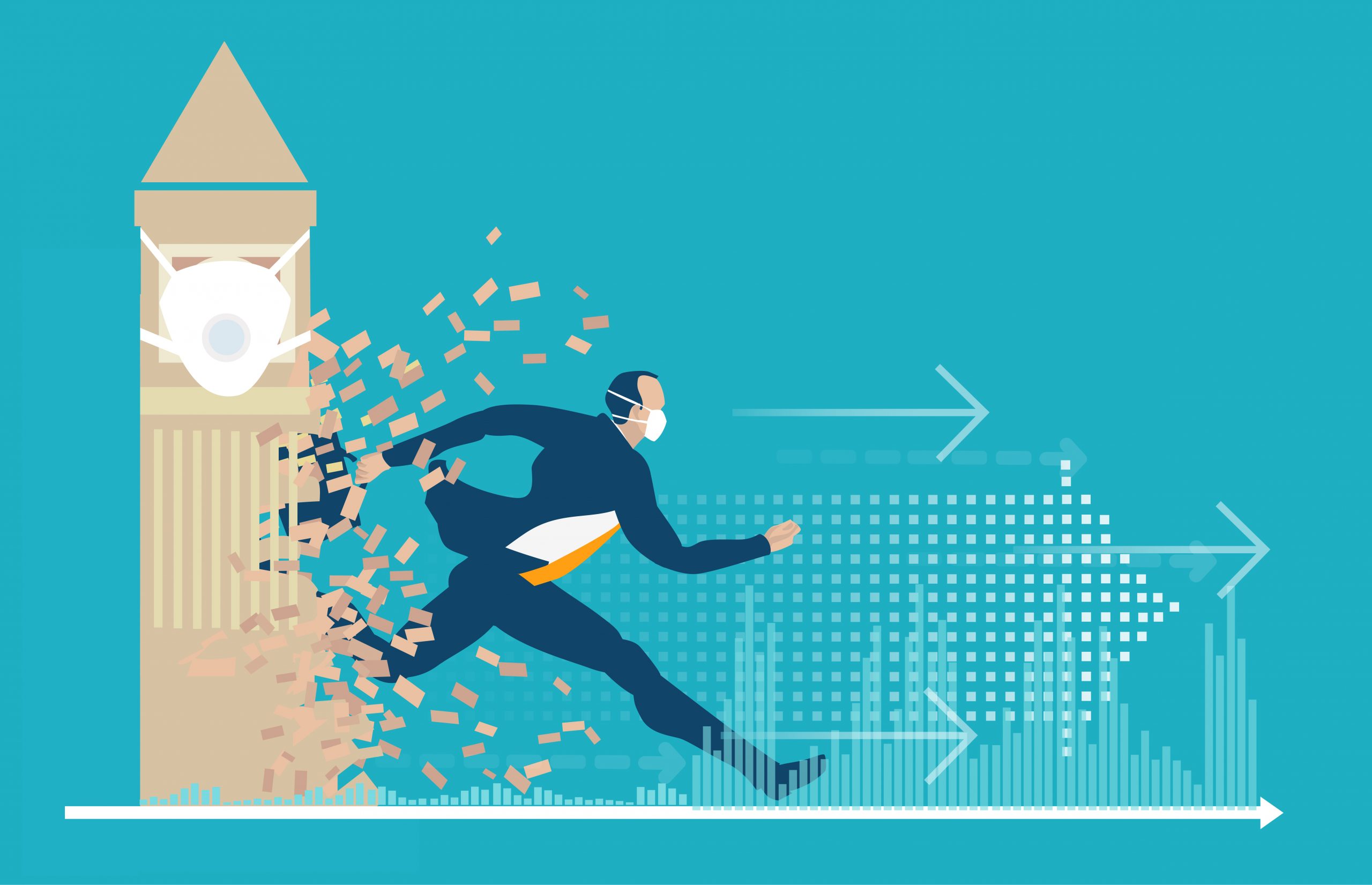 As containment measures are eased across the U.K. economy, analysts have started sizing up COVID-19 damages and exploring what is ahead for the market, projecting its developments on global insurance trends.

Lloyd’s members are feeling the heat from many directions now, and disappointing news continues to be delivered about the magnitude of losses resulting from the pandemic. Lloyd’s global underwriting losses from COVID-19 will stand at $107 billion, and insurers will pay up to $4.3 billion in claims. These numbers are immense and unsettling, but on par with large hurricane seasons, which are contained in time and territory.

Another area of concern for U.K. and global insurers is the mounting number of business interruption (BI) lawsuits. In European markets, such as Germany and Switzerland, the industry and local governments have cooperated to pay such policy claims on a limited scale. In addition, German small and medium-size enterprises (SME) can default on their premium payments until September 30, while insurers must honor insurance contracts and pay qualifying claims. These measures fall generally in line with the European Insurance and Occupational Pensions Authority (EIOPA) guidelines, allowing for greater flexibility in premium payment and a more lenient, customer-centric approach as companies’ risk profiles have changed.

The U.K. Financial Conduct Authority’s (FCA) position is more nuanced: from the beginning, the regulator called to exercise flexibility on premium payments and insurance contract enforcement. However, its treatment of BI was unambiguous. “Our estimate is that most policies have basic cover, do not cover pandemics and therefore would have no obligation to pay out in relation to the COVID-19 pandemic,” the FCA’s interim chief executive Christopher Woolard said.

The FCA has also been transparent in its intent to implement a systemic solution for BI claims and is currently seeking the U.K. Court’s ruling on where most policies will land. As explained by London & International Insurance Brokers’ Association (LIIBA) President and CEO Chris Croft: “These test cases may well bring more clarity to U.K. SME BI, although even here they will have to rely on groups of similar wordings as there are multiple versions.  And thus how binding will the judgements be?” FCA has recently clarified this question: “The intended action will not prevent individuals from pursuing issues through negotiated settlement, arbitration, court proceedings as a private party, or taking eligible complaints to the Financial Ombudsman Service.”

The U.K. Financial Conduct Authority’s (FCA) position is more nuanced: from the beginning, the regulator called to exercise flexibility on premium payments and insurance contract enforcement. However, its treatment of BI was unambiguous.

LIIBA has also raised concerns about large, multinational risks written in London. “Such business is highly complex. Whereas for the more commoditized SME policies it may be possible to identify ‘groups’ of wordings with similar intent, this is unlikely to provide a definitive position on international contracts which will have separate, significantly nuanced clauses. Any judgements obtained are unlikely to provide any further certainty in these cases, but do have the potential to add confusion.” LIIBA is also questioning how a U.K. Court decision will be enforced in other jurisdictions, since contracts are often written with multiple carriers across several insurance centers in response to clients’ risks and capacity needs.

Time is a disadvantage in any legal proceeding: it will take the Court until the end of July to make its judgement. Globally, for the rest in the industry, this will be a valuable, precedent-setting development, but for struggling plaintiffs, expeditious claim payment is a question of survival. Thus, the FCA has reportedly been negotiating a deal on BI payments with Hiscox, where brokers are also involved. Hevetia and Allianz in Europe have showed a path for carriers to step in and extend BI payments to the most affected clients, but in these cases, the solution suggests governments should share the burden.

The pandemic has been an important test for Lloyd’s and despite staggering underwriting losses there were success stories that showed market resilience. The impressive expansion of Lloyd’s digital trading system PPL is an obvious breakthrough for Blueprint One’s accelerated implementation. The Financial Times noted that, “A year ago, the system was used for around 970 policies per week in Lloyd’s and in the wider London insurance market. This figure has grown to almost 3,500.”

Keeping electronic placements up remains an important factor as London competes with global financial centers for business, but ironically face-to-face interaction is an immediate concern for Lloyd’s CEO John Neal. “There are three options,” he said in a Financial Times interview. “One is that the insurers are there, but the brokers join virtually. The second is that only certain product lines would be allowed in the room at a time. The third is a reservation system for people who wish to use the building.”

It will likely be a combination of these options, since the new normal requires much more flexibility and speed to scale.