How Are You Covered?

It takes more than a new roof to wrap your construction project in proper coverage.
Sponsored by Aspen Insurance Posted on September 30, 2014 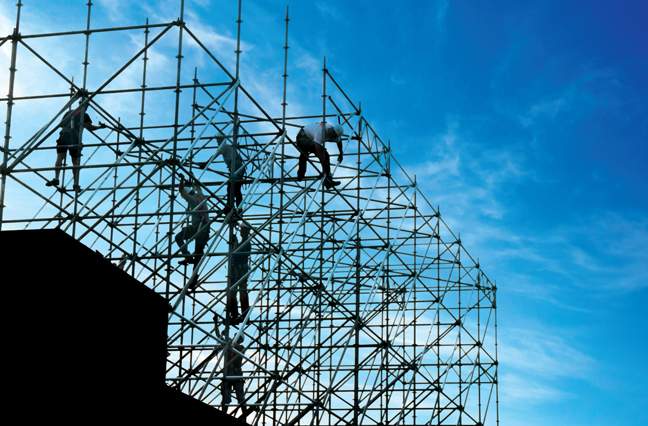 Large construction projects are an increasingly common sight around the country these days, a sure sign the real estate market—particularly for apartments, condominiums and retail-and-housing ventures—is springing back to life after the dark days of 2008-2009.

“What we’re seeing in the construction market right now, with interest rates being relatively low and with the growth in the economy, is an explosion in real estate and commercial construction, particularly apartments, commercial high-rise condos, office buildings and mixed-use developments,” says John Posa, senior vice president of construction at Aspen Insurance Holdings, a Bermuda-based specialty insurer and reinsurance group.

“Back in 2008 and 2009, when the market was crashing and the economy was going downhill, you didn’t have a lot of condos or townhomes being built,” says Jeffrey Kowalczik, vice president, casualty, for Peachtree Special Risk Brokers in Charlotte, N.C. “But now you will see a lot of ground-up projects coming on board for multifamily or for shells of buildings intended to be built back in the day that never got built. New owners or general contractors are coming in and building that shell into what they thought was going to be built before. More often than not, they are condos.”

“But now you will see a lot of ground-up projects coming on board for multifamily or for shells of buildings intended to be built back in the day that never got built.”

With lenders more willing to lend, buyers eager to buy and prices moving up, specialty insurers like Aspen with an appetite for multifamily construction in their excess and surplus lines business are facing new challenges in terms of helping owners and general contractors manage their expenses. Frequently, these policies are issued under “wrap-up programs,” which means either an owner-controlled insurance program (OCIP) or a contractor-controlled insurance program (CCIP).

“The owner obviously has a lot to say being that they are providing the financing, but the CCIPs are competitive because that is the nature of what they do,” says Terrence Villar, executive vice president at AmWINS Insurance Brokerage of California. “They have critical mass in building more than one project, so through economies of scale they may get a more competitive insurance program.”

One of the key insurance issues in writing multifamily dwelling policies is whether the new building will contain apartments or condos because the terms and conditions, as well as the premiums, can vary considerably. For example, the potential of class-action lawsuits is greater for a condo complex because its many owners could join in a suit in the event of a construction defect. If the structure is an apartment building with space that is leased, not sold, the owner would fix the problem and file a construction defect lawsuit if appropriate, but it would most likely not be a class-action suit.

“If something is wrong, the owner is going to fix it,” Kowalczik says. “If the drywall is bad, he is not going to sue himself.”

However, with the real estate market exploding, owners might make considerably more money if they sell the units as condos rather than rent them as apartments. In that case, owners might purchase a commercial general liability policy with a conversion option, which would contain a timeline in executing the conversion as well as payment of an additional premium. Depending on market conditions, the insurance coverage then would no longer contain a condominium or townhouse exclusion once the building is completed.

“If you’re building an apartment in San Francisco and you think the real estate market is going to warrant an increase in condominium demand and purchase prices by the time you, the owner or general contractor, have completed the construction phases of the project, you may elect to pay a slightly higher deposit premium at the project inception date,” Posa says.

But if the owner or general contractor wants to retain the option to convert an apartment into a condominium in the future, the carrier can establish terms and conditions. They could include additional premiums, third-party peer-review requirements and a designated time frame during which the owner or general contractor may elect this defined option.

The option would be made available while the apartment is under construction or within a time frame—perhaps two or three years—after the project is completed. So the owner or general contractor might have a total of a five-year window from policy inception to decide whether to convert the building, Posa says.

Deciding whether to initially build as an apartment and converting later to a condo has a number of insurance implications.

“That would affect what the insurance price is at policy inception, what the additional premium would be if a conversion was to be executed,” Posa says. “It may dictate the terms and conditions of coverage, defense costs either inside or outside the limits of liability, the size of the deductible or self-insured retention and whether they are capped at a certain level.”

In the Los Angeles area, Villar says, more apartments than condos are being built because of the high demand for rental housing.

“I have not seen many condo conversions,” Villar says. “I have seen more ground-up construction for high-rise apartments. I thought there was a glut of apartments in downtown, but it is expensive to buy a condo. The rental market is hot here.”

Villar says “tons” of carriers are still writing commercial policies for steel-and-concrete apartments but only a “handful” are writing programs for wood frame construction on a primary basis and they are in the excess and surplus market. In California, he says, some carriers have pulled out of the business because “the legal climate has changed” in regard to construction claims, and others are changing the terms and conditions of policies. Rates have increased by about a third in the past year.

Kowalczik says in Florida, where he writes 65% of his business, two carriers have pulled out of multifamily residential construction due to a number of costly construction defect claims involving subcontractors. As a result, he says, he expects “a hard market for multifamily construction for a few years.”

Aspen is one of only eight to 10 specialty carriers writing multifamily coverage in the excess and surplus lines business. The specialty is considered risky, and the potential for long-tail construction defect claims is great.

To help control those expenses, carriers increasingly are requiring third-party peer reviews in their multifamily policies. In a third-party peer review, the named insured typically hires an independent party to check for construction defects so they can be fixed before the building is completed rather than allowed to cause a problem down the road.

Third-party peer reviews can cost from $20,000 to $60,000, depending on the size of the structure, complexity of the design, location of the project and the specific requirements illustrated by the carrier. The party responsible for paying that soft cost expense is usually the first named insured on the policy. In the case of a CCIP, that’s the general contractor; in the case of an OCIP, it’s the owner or real estate development company.

“Control of finances and total expense is becoming more of a controversy now with interest rates going up and real estate trends being positive over the next three years,” Posa says. “The issue is who wants to control the insurance and financial costs of the overall project and who wants to be held responsible by the carrier to make sure the third-party peer review is performed and completed correctly, including corrections to any deficiencies determined during the review, the deductible is paid or self-insured and managed properly through a third-party administrator, and all expenses are paid.”

“Control of finances and total expense is becoming more of a controversy now with interest rates going up and real estate trends being positive over the next three years.”

These days, Posa says, Aspen is seeing more CCIPs than OCIPs, especially on large projects, but that trend may be changing.

“What we are seeing more as a carrier is that the owner will have elected his own retail agent and the contractor has chosen his own different retail agent and the same project would be marketed to carriers under two separate names and applications,” he says. “Essentially, the owner is competing against the general contractor, and each applicant is trying to get the most competitive pricing, terms and conditions from the carriers. There are various soft costs and defined hard costs involved in a project like this, and the one who is the first named insured anticipates he can manage all costs more efficiently, which ultimately reflects in the anticipated future net profits after completion. It creates a lot more competition in the marketplace among retail agents, wholesale brokers and clients.”

“It is always a fight for power of control in negotiations,” Kowalczik says. “I am representing the owner and contractor almost equally. Everyone realizes at the end of the day, pretty much the same carriers are insuring these wrap-ups. The cost of the project is going to be the same, OCIP or CCIP. But brokers like myself who specialize in construction have different relationships with underwriters, and we can try to make a deal based on the line of business we have with that underwriter.”

Even though the projects are the same, Posa says, the insurance rates can vary depending on a number of underwriting issues, such as the credit risk and management of the overall project by the first named insured.

“The first named insured is financially responsible for premiums and the deductible recovery, if necessary, for the policy terms and conditions, and for any claims that happen after the project is completed according to the laws of the jurisdiction,” Posa says. “For example, in California, the statute of repose is 10 years. So who is more likely to be around 10 years after the policy expires or substantial completion is triggered—an owner such as a limited liability corporation or limited partnership? Or a larger general contracting firm? If the owner is an LLC or LP created and supported financially by a large real estate development company, fine. But what if it is just an entity created for this project with no financial backing and a higher credit risk? Credit risk must be considered during the underwriting process by both the carrier and the brokers.”

Aspen not only underwrites the project’s specific risk characteristics, hazards and exposures, and risk management techniques, but also who exactly is the designated first named insured.

“It may not be in the best interest of the insurance carrier to provide very similar CGL quotes through different distribution channels in the event one quote is for an OCIP and one is for a CCIP,” Posa says, “because there may be slightly different underwriting issues based on the type of program that actually is being created.”

Read More
See More: Construction Risk Economy
1
Industry Price and Prejudice
2
Industry Is There Too Much Industry Surplus?
3
Industry Rebel with a Cause