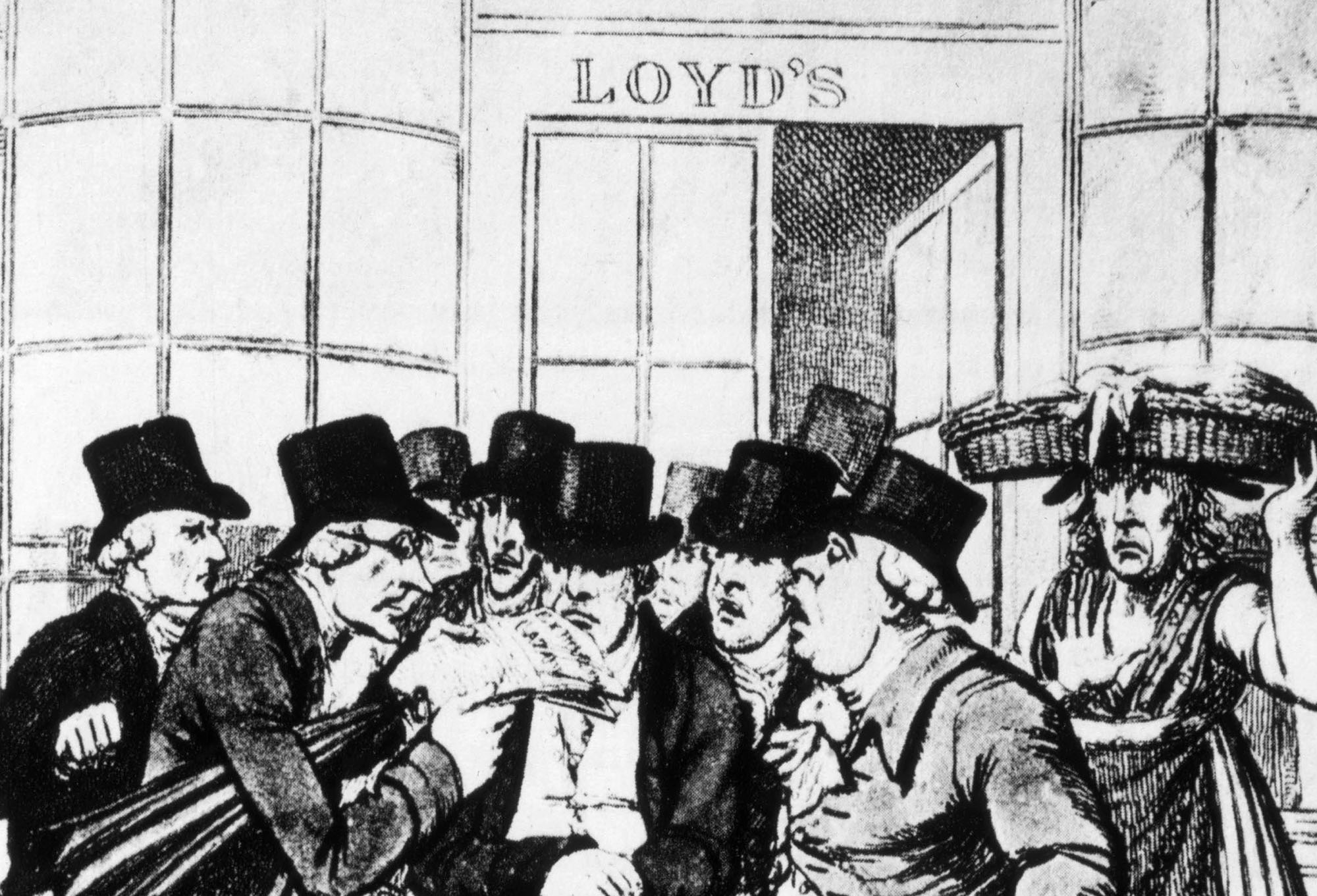 Ki, the managing agency at Lloyd’s that underwrites commercial risk using only algorithms, has just been permitted to expand its operation to $1.2 billion for 2023.

In only its third year, Ki (managed by Brit, which is backed by Fairfax) will be one of the largest players in the tricentenarian Lloyd’s market and the largest to be computer-controlled. It seems an assured victory for underwriting by algorithm, but it’s not time yet to write off living, breathing underwriters and their instincts nor the importance of the broker relationships that get each risk to the right home. Ki may be the beginning of something, but if it’s the end of anything, it’s only the beginning of the end of active following in Lloyd’s and the London market.

Three decades ago I asked the administrative head of a Lloyd’s managing agency why Lloyd’s was such a popular destination for U.S. risk, which still accounts for more than half its total income. He didn’t mention innovation, expertise, tradition, security, licensing or any of the other characteristics often cited. “It’s a capacity market,” the managing director said. In other words, Lloyd’s can swallow very big risks.

It does so through the process of subscription, which involves multiple underwriting syndicates each taking a small slice of a very large risk. A broker will work with a specialist Lloyd’s underwriter known as a “leader” to develop appropriate coverage and pricing, or “leader’s terms.” To gain the total amount of coverage desired by the client, the broker then touts the risk around the market with the leader’s terms set out in a document called a slip. Insurers known as followers may then take a share of the risk by marking their “scratch” on the slip.

In Ye Oldenne Dayes (until about 10 years ago) followers’ participation on policies, as well as their signatures, was almost always obtained by the broker in person at the relevant syndicate’s box in the underwriting room at Lloyd’s (often after a period of queuing). The process is simple. The broker may briefly describe the risk and highlight the quality of the leader. The underwriter need only think, “I need some more Brazilian armored car risk, and Bloggs is a solid man,” before saying, “Yes, I’ll have 5%. Thanks for waiting. Next!” In the minds of some, this form of procuring and transacting business seems slightly inefficient and potentially archaic (at least for the 21st century), but it’s happening like that right now.

It is as a follower that Ki will underwrite its £1.2 billion ($1.4 billion) worth of insurance risk in 2023. It need not have any understanding of the individual risks whatsoever or even any knowledge of the specific classes of insurance in which it is active. All it needs is a list of leading underwriters it has deemed to be reliable enough to follow and a target mix of risk types it wishes to assume. Brokers may then present risks (electronically, one presumes, rather than the usual method of queuing at the box), before being told by Ki’s computers that the following share on offer either fits within Ki’s risk appetite or does not.

Time for a Change?

Lloyd’s process reform program, known as “The Future @ Lloyd’s,” was initially presented in May 2019 as a bizarre thought experiment. “There are several ways I can invest at Lloyd’s—for example…as approved follow capacity to a recognised lead,” the strange document imagined. “Today, I am follow capacity for a lead, and define my investment appetite through detailed parameters. I set them in the system, including my return expectation and risk tolerance, the carriers I am willing to follow, and the types of risk and territories I’m interested in. My preferences are then automatically matched with business in the Lloyd’s market, and my chosen carriers can allocate individual risks, or portfolios of similar risks, directly against my capital.”

That system doesn’t yet exist for investors (it seems beyond light years away); although, Lloyd’s has proposed that existing syndicates would specialize in leading specific classes of risk or focus on following in them. A revised model (“Lead-follow 2.0”) was proposed and a pilot planned for 2020. But in March that year, London’s Insurance Insider reported, “Market skepticism prevails on Lloyd’s lead-follow,” then: “Lead-follow 2.0 delayed as Future at Lloyd’s streamlined due to Covid-19.” Then…nothing. Lead-follow hasn’t left the blueprint stage.

That’s a genuine shame, since underwriting by algorithm is a perfectly effective and extremely efficient way to transact commodity insurance business. An underwriter’s brain, experience and instinct remain essential for complex risks, as does the broker’s understanding of each client’s business model, risk profile and commercial approach, but once these professional skills have been applied, the remainder of the risk in a subscription market, by the process itself, has been commoditized, ready for the technology.

Ki has shown us how it’s done: it booked a combined ratio of 92.6 in the first half of 2022, just a shade ahead of the market’s overall score of 91.4, with more than the difference due to startup expenses. Given the Jetsons-like efficiencies of algorithmic underwriting, those costs too can be expected to fall.

So What’s the Holdup?

The proposal to reform the lead-follow model at Lloyd’s has stalled not because of Covid (as was the excuse) but because an almighty row broke out over possible impacts and outcomes. Among the loudest complaints was that adopting a following stance would require many Lloyd’s syndicates to shed boxfuls of staff. By extension, it’s likely that many brokers who now spend a lot of time standing in lineups would also be handed their walking papers. Those job losses seem a prerequisite to achieving the cost-savings associated with efficiency, but they make lead-follow reform a difficult sell.

Another complaint was that smaller managing agencies at Lloyd’s would be unable to afford the additional costs related to accreditation as leading underwriters and therefore would be unable to implement the process. A third was that only the big shops have the resources to launch an algorithmic follower (a contention supported by the fact that the other major follow-only syndicate is run by Beazley, another large player).

Indeed, all the opposing arguments have distinct merits. At Lloyd’s as everywhere, it will always be challenging to create solutions that suit everybody. However, this proposed reform of ancient process seems utterly essential if Lloyd’s is to remain cost-effectively relevant. It has retained its place to date because of its willingness to swallow risks other insurers can’t stomach and because it has the capacity to do so through subscription. But those attributes won’t be enough if Lloyd’s, even as a market of last resort, is just too expensive. When, like now, hardening market conditions bode well for carriers’ profits, the motivation to cut unnecessary costs is always reduced. But now more than ever, the time is right for Lloyd’s to bite the bullet, adopt the proposed lead-follow model that would create follow-only algorithmic syndicates like Ki, and drag itself from the 19th century directly into the 21st.