An overview of COVID-19 economic impacts on the insurance sector.
By Vladimir Gololobov Posted on April 22, 2020 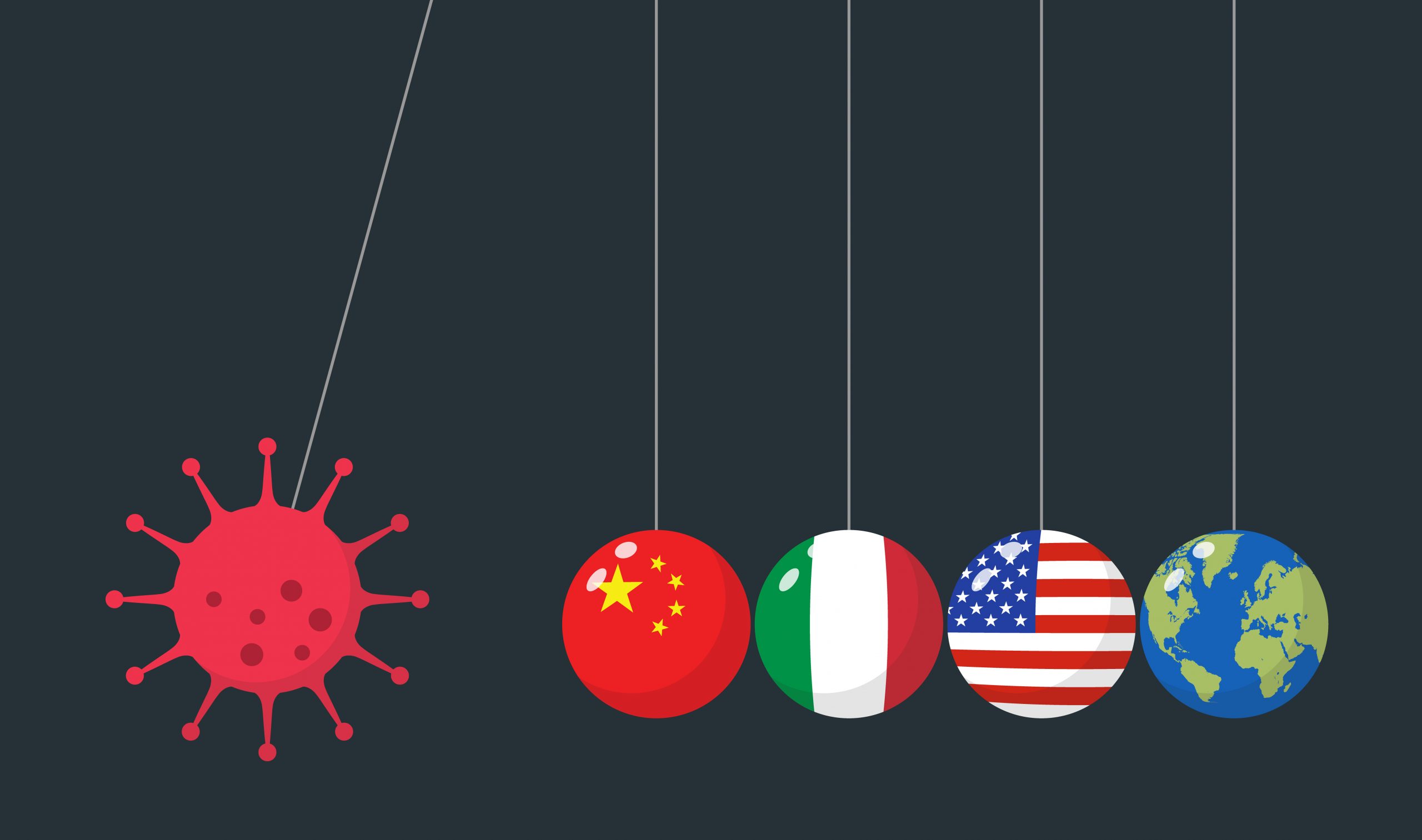 As the world seems to approach the pandemic’s peak, governments have started to get a better grasp of the economic damage caused by the crisis and have begun to cautiously chart a way forward. Indeed, the pandemic was a massive blow to business, with devastating effects on future economic growth and employment. In just a month, 22 million Americans officially lost their jobs, which may push U.S. real unemployment to 18%. In Europe, McKinsey estimates that unemployment will reach a staggering 26%, putting 59 million jobs at risk. In addition, China’s economy has contracted by 6.8% this year, the first time it has shrunk since the 1970s. The global economic contraction will hurt the insurance sector from both claims payments and renewal perspectives.

The April 1 deadline for renewals in London should be sound guidance of things to come. Surprisingly, based on The Council’s members’ accounts, renewals went better than expected. First, the good news:  Lloyd’s remains open for business. Despite a trading floor in lockdown, the pandemic was a serious test for the insurance exchange’s technology solutions. The Placing Platform Limited (PPL) implemented by Lloyd’s to streamline processes and improve operational efficiencies was an investment that paid off well. In just the first week of April, electronically placed risks increased to 5,600, or 55% growth, which puts Lloyd’s on course to meet its 80% electronic placement goal by year-end. Placements came from 102 brokerage firms, with twice as many signed up for training.

As for the renewal results, Miller’s John Eltham sums it up: “Quality and timely submissions are at the core of success. Underwriters are working hard to maintain service and they are inevitably prioritizing accounts that are well presented with clarity of information and requirements.” As expected, underwriters strived to tighten insurance terms by including communicable disease language in casualty and health policies and increasing contingency premiums by up to 50%. On the positive side, experts also saw much capacity-building behind carriers that already offer pandemic insurance, as well as flexibilities for vacant properties and premium holidays.

“We are now seeing a huge amount of interest in epidemic insurance from our clients, who have been blindsided by the severe economic impacts of COVID-19 and recognize the need to get an insurance solution in place for future events,” explains Richard Coyle, alternative risk specialist at Miller. However, even with all of the capacity Lloyd’s provides, risks of the pandemic magnitude call for a consolidated, industry-state response.

Insurance has been at the epicenter of recent heated debates around immediate measures to support companies and help jumpstart the economy. Overall, the government response worldwide has fallen behind, leaving key questions of effective, long-term solutions largely open. While insurers have tried to help liquidity pressures by delaying premium payments and extending flexibilities for policy terms, this pandemic requires more sustainable, strategic solutions, based on proven mechanisms of the terrorism and flood backstops in the U.S., Pool Re in the U.K., crop schemes in Australia and India, or earthquake insurance in New Zealand and California.

Currently, it seems insurance-focused solutions will arrive piecemeal. Consultations between the government and private sectors on next industry steps in the U.S., U.K., Europe, India, and other countries are ongoing. Since March, multiple proposals around public-private partnerships have emerged in key markets, but in practice only Germany has extended its guarantees to private players in trade credit insurance. This development followed calls from European trade associations to allow insurers the same level of support as state-run export banks. Similar conversations have been initiated in the U.K. and Europe, but no progress has been made.

The World Bank’s pandemic catastrophe bonds and swaps have also been triggered this week. As a warning for future pandemic solutions, experts agree these bonds will not help much in developing countries. By design, the bonds’ triggers have been set extraordinarily high, resulting in delayed payments for countries in need. To work as intended, these bonds rely on dependable data collection, which can also be a huge challenge for developed economies, let alone developing ones.

As governments unroll narrowly tailored insurance measures, a more comprehensive pandemic backstop remains on the table as a possible risk management instrument in the future. Insurance executives in France, Germany, the U.K., and the U.S. have already thrown their support for backstop partnerships and welcomed substantive conversations with regulators. However, the answer may be delayed in protracted negotiations and courtroom battles, as both the public and governments debate whether insurance companies are more virtue or vice.