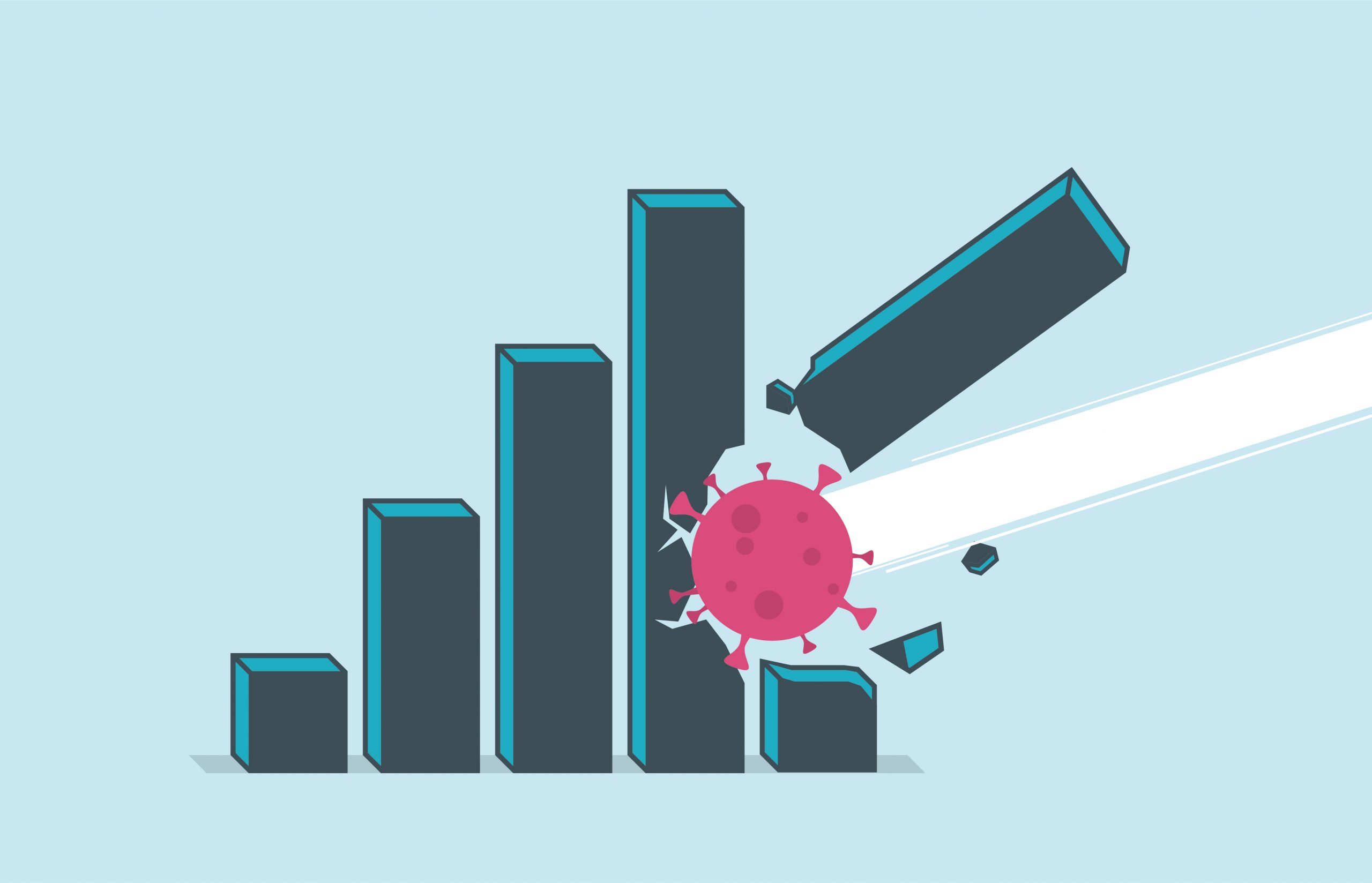 The COVID-19 pandemic comes at a time of an already uncertain global economy, says a new Swiss Re report. A hard Brexit threatens to destabilize one of the major European economic powers, the U.S.–China trade war has created manifold business planning uncertainties impacting the countries’ economic momentum, and “global debt levels have risen substantially over the past few years, driven by higher Chinese private debt and increased sovereign debt issuance in advanced economies,” according to the report, which may prove to be unsustainable. “Fact is,” said Jérôme Haegeli, group chief economist at Swiss Re, “the coronavirus is hitting the global economy when economic resilience is already weak to start with.”

Seeking to understand what implications this recession may have for the insurance industry, The Council interviewed Thomas Holzheu, chief economist Americas for Swiss Re. The U.S. has been through recessions before, but given that COVID-19 is adding additional severe stress to economies worldwide through social distancing, civil authority, quarantine orders and general uncertainty around the long-term implications of this pandemic, it may be that this possible global recession will leave a significantly larger footprint in its wake. Expect to see anything from new regulation to a shift in paradigm of how pandemic-related risks are handled in the industry, Holzheu predicted.

We dug into more specifics about the weakened economy and what this means for the P&C space and global insurance market, especially considering widespread market firming that has been occurring over the past two years. The discussion also touched on Holzheu’s thoughts on the lasting impact of the pandemic.

While the Swiss Re report, released March 11, merely made the prediction that there may be a global recession, Holzheu believes signs are “very clear that Europe, the U.S. and Canada are entering a recession now,” and world economies are not particularly well-positioned to deal with this, he explained. Interest rates are very low to start with, leaving little room for further rate cuts. And as mentioned before, the fact that government debt levels worldwide never fully recovered from the ’08 financial crisis may hamper the borrowing power of smaller countries to finance and deploy relief packages.

The interest rate issue also has implications for the insurance industry. P&C asset capital tends to be “mostly invested in bond portfolios, most of which are corporate bonds, which will be impacted [by the low interest rates],” Holzheu said. Low rates can also impact insurance companies that rely on interest-based return on the money they receive in premiums to support their coverage liabilities, so that may also translate to increased premiums, explained Holzheu.

Thankfully, world governments seem to be “taking the crisis seriously,” said Holzheu, citing strong coordination between banks and governments in the U.S., Europe, and Asia. Countries across the world have prepared relief packages ranging from $4 billion in Japan to the $2 trillion stimulus package recently agreed upon by the White House and Senate in the U.S., coupled with national bank action on interest rates, bond buying programs, and in some cases, quantitative easing programs.

Resilience of the P&C Industry

Holzheu did make clear, however, that he believes the P&C industry will be resilient, saying “the industry went into this with a good balance sheet, high level of capitalization, and solvency.” Social distancing measures will also likely bring claims relief to certain commercial lines, such as commercial auto due to decreased traffic, and in general “lower economic activity will reduce claims activity.”

Ratings agencies Moody’s and Fitch agree that the commercial P&C market could emerge relatively unscathed from the pandemic. “The nature of insured commercial exposures, along with restrictive language embedded in policy contracts, will likely limit U.S. P&C companies from a material level of claims,” according to Fitch. Many business interruption and property policies, for example, require the policyholder to prove actual physical property damage, which seems unlikely to include contamination by COVID-19. Pandemic and viral contamination exclusions also exist.

Insurance after the Pandemic

To wrap up the interview, we discussed with Holzheu his thoughts on how insurance’s role would change after the pandemic. The pandemic “highlighted vulnerabilities in the global supply chain for corporate clients,” he said. As such, there will be “more supply chain management, risk management, and higher demand for an insurance to be a part of it.” Risk management in particular is an area where agents and brokers can prove their added value.

Another solution Holzheu expects to become more widely used in the context of a pandemic is parametric insurance, a type of insurance that automatically triggers a payout if a loss threshold is met and is often used to address coverage gaps left by traditional insurance models. Lloyd’s of London already deployed last year a parametric insurance solution that may help cover COVID-19-related losses for hotels. The policy guarantees “compensation when revenue per available room—a key metric for the industry—drops below a certain level because of factors they could not predict or control.”