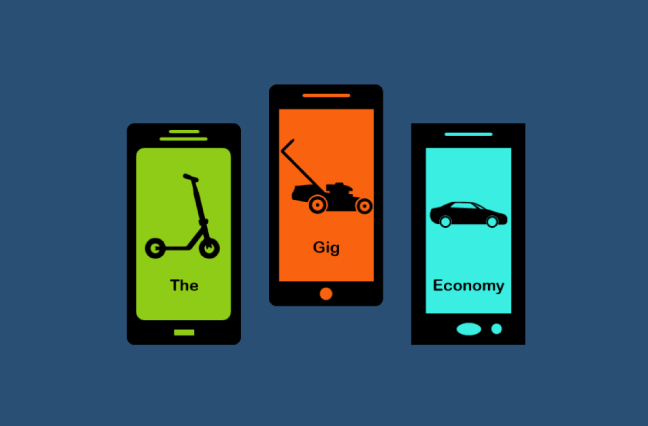 But a new niche product that capitalizes on digital connections between service providers and customers is an example of how innovative brokerages can carve out a specialized block of business that may lead to big accounts as gig startups mature.

Caught up in the logistics and pressures of being self-employed, many startup entrepreneurs are not fully prepared for injuries and liability damages. While some carriers have started to work with sectors of the gig economy, many self-employed workers still don’t know where to go for insurance or don’t have time to figure out all the logistics surrounding coverage. Tackling that time constraint and making it easy for gig economy businesses to get the right coverage are key to unlocking a growing swath of insurance customers.

Brian Sandy, president of IMA Select, a subsidiary of The IMA Financial Group specializing  in small business partnerships, says providing coverage in this new industry is about making things simple and short.

“How can we reduce the number of questions that we ask?” Sandy asks. “Left unfettered, there’s a lot of things they’d [insurance carriers] like to know, and some of their typical, standard applications have a lot of questions on them… How can insurance companies use some of the third-party data sources they have to help better understand the class, better understand the risk, without having the client fill out pages and pages of information—because you’ll lose them pretty quickly when you do that.”

How can you create something that is there for them, tailored for them?
Brian Sandy, president of IMA Select

IMA Select recently announced a new partnership with a gig economy company, Lawn Buddy, that capitalizes on the already developed relationship the platform has with its users.  Through Lawn Buddy’s app, gig workers can do everything from request information and quotes to purchase insurance through IMA select. Workers can receive confirmation of insurance within one business day of the request.

Lawn Buddy allows lawncare enterprises to connect with people who need their yards mowed. Through its app, Lawn Buddy also lets mowers estimate how much they should charge per lawn size, using Google maps.

“How can you create something that is there for them, tailored for them?” Sandy asks. With a few, easy questions, he says, “you’re really able to reduce the transaction component of that business. That’s what we really like about this partnership.”

Portable and Priced to Sell

In the freelance sector, insurance has to become more portable and more affordable. Many gig economy workers move nomadically to find business, working across state—and even international—boundaries.

YouTuber and founder of The Rideshare Guy.com Harry Campbell answers questions and educates fellow entrepreneurs on the gig economy.

“For drivers and other gig workers, flexibility is key,” Campbell says. “I’ve heard from many older drivers who drive between states, particularly if they work in one state and live in another state. How does insurance work for them? Many people are becoming increasingly price-conscious about insurance, and the ability to use insurance anywhere is a big benefit to many gig workers.”

Along with struggling to understand what they are and are not covered for, workers in the gig economy also look for low—very low—insurance costs.

Insurers will have to play a larger role in the gig economy’s future
Harry Campbell, founder of The Rideshare Guy.com

“You get into the cost aspect too,” Campbell says, “particularly when you have somebody that’s doing a side hustle and it’s just a part-time gig. Oftentimes the insurance carriers have minimum premiums… [The entrepreneurs] are so far below those minimums that it becomes really prohibitively expensive.”