Surplus lines reform will finally simplify the process of dealing with 52 jurisdictions.
By Brianne Spellane Posted on September 30, 2010 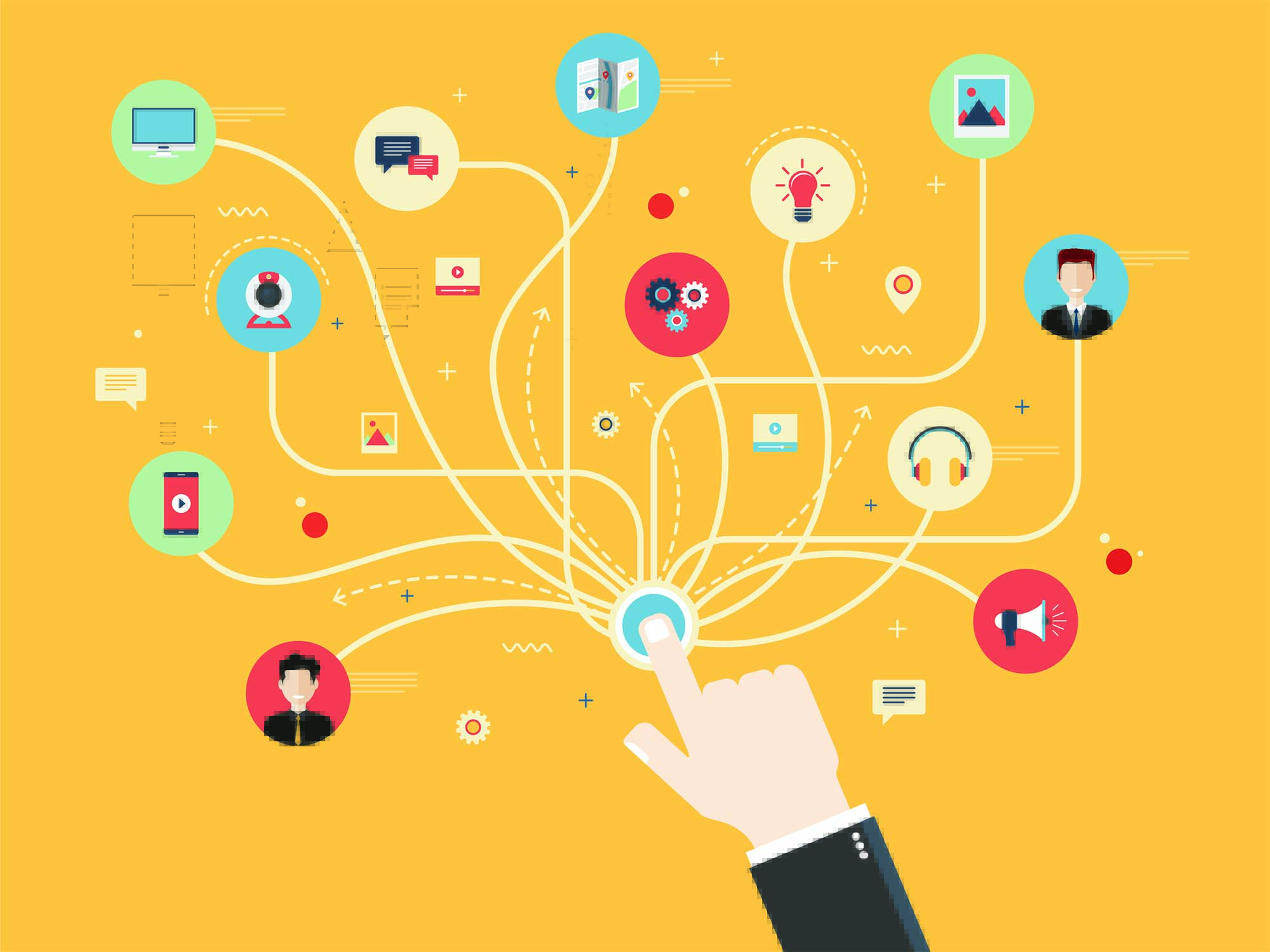 After two years of blood, sweat and tears, you land the dream client. Now the real work begins—and it’s enough to make your head spin.

Add to this that more than half the affidavits have different due dates and fluctuating tax payments and filing methods. Some states have stamping fees; others call for fire marshal fees. And some of the payment terms vary.

Pull out that bottle of Advil.

For brokers steeped in the maddening complexity of surplus lines compliance—working tirelessly to satisfy countless dissimilar state allocation methods, filing forms, tax and processing fee rates—this is routine business behavior. Some situations are worse. Some better. Regardless, popping a few headache meds and practicing patience are the business remedy in your world.

This is the world of the surplus lines market, and it is about to change—not only for the better, but for good.

Surplus lines legislation just signed into law by President Obama will allow brokers to cut their bureaucratic clutter from 50 states, the District of Columbia and Puerto Rico, to a single state. A single state! Ditch the Advil and grab a bottle of Dom Pérignon—these are heady days indeed.

More than 25% of U.S. commercial insurance is placed in the crazy quilt surplus lines market, and it’s nearly impossible to allocate surplus lines taxes correctly when states can’t agree on how it should be done. Because states have different tax rates and processing fees, and each state requires its own filing forms and demands a different affidavit due date, processing multistate taxes has been outrageously inefficient and exasperating.

“These requirements can generate hundreds of tax filing forms—just for one multistate policy,” explains Roger Smith, west zone compliance officer at Marsh USA. “Endorsements to one of these policies or, worse yet, a correction in the allocation of taxes, can generate hundreds more forms. Since taxes are due on every premium transaction, endorsements of even a few dollars will generate surplus lines taxes—in the pennies—to be paid to the states.”

But under reform legislation, regulatory oversight will now be consolidated into a single state. Now, an agent or broker will file taxes based on the tax rates and regulations of the insured’s home turf. Options will increase and costs will decrease for surplus lines consumers, benefitting the insurance industry and the insurance marketplace as a whole.

“This home state approach will replace the current, costly, clumsy method of filing millions of items in multiple states and will remove hundreds of thousands of processing hours and millions of dollars of broker and client costs,” says Smith. “Preemption provisions in the federal law will create more efficiency for brokers’ and clients’ access to the non-admitted market.”

President Obama signed the financial overhaul bill into law in July. Dubbed the Dodd-Frank Act, the law includes the Council-initiated surplus lines provisions of the House-passed Non-admitted and Reinsurance Reform Act. In addition to providing for regulation of surplus lines transactions by the home state of the insured, the long-sought piece of legislation also provides uniform eligibility standards for surplus lines carriers, streamlined exemption for sophisticated commercial policyholders, and a uniform approach to premium tax allocation and remittance. The new rules take effect in 2011.

“Sleeping at night is a good thing,” jokes Kathy McVaney, director of regulatory compliance at AmWINS Group. “We are very much looking forward to this bill simplifying the multistate tax issue. It’s almost next to impossible not to miss something, so this will make a huge difference for us. The process will be dramatically simplified, giving us the ability to more easily meet the regulatory guidelines before us.”

The law streamlines the current burdensome system of regulation and eliminates the overlapping, conflicting rules that inhibit the non-admitted marketplace. In essence, it allows policyholders to access the surplus lines market without jumping through all the regulatory hoops.

“The long-term effects of such reform on the marketplace will ultimately benefit the consumer,” says Scott Sinder, general counsel to The Council and a partner at Steptoe & Johnson. “Easing regulatory burdens—without sacrificing protections—will increase surplus lines insurers’ capacity, improve availability of coverage and make for a more robust market.”

The Council has been fighting for changes in surplus lines regulation for years, recognizing the importance of a dynamic commercial insurance marketplace. The Council board decided in 2003 to take a stab at drafting a piece of legislation that would rein in the surplus lines marketplace. It took nothing short of a Herculean effort to build consensus and drum up support for the proposal, all the while working to get the House Financial Services Committee to include the provisions in a broader regulatory reform bill designed to fix glaring problems in state regulation of insurance overall.

“The regulatory impediments to making multistate surplus lines placements had been at the top of Council member complaints for decades,” says Sinder. “It was a no-brainer for the board to authorize our work on this as The Council has always supported all avenues to regulatory reform.”

But there were roadblocks, more like boulders, in the way.

There was a lack of political synergy. Major states weren’t cooperating. The pro-optional federal charter and anti-OFC crowds weren’t on board, and several state departments and a couple of local surplus lines associations disapproved of the federal reform, some worrying this was the dawn of federal intervention.

“Getting industry support from the key surplus lines market participants was challenging, especially when looking at the details,” recalls Sinder. “We patiently responded to and refuted any and all arguments that were extended against the proposal, and truth really did win out in the end on each such objection.”

Then, the economy tanked. The downturn caused many other issues to take precedence over the bill, especially in the Senate.

Despite the hurdles, The Council pressed on. It was a marathon, not a sprint. And luckily, some in Congress were running alongside.

“The CIAB and other organizations worked tirelessly to keep this in front of both chambers of Congress and continually provided knowledge to lawmakers of the surplus lines industry and its impact on Main Street—its ability to create new jobs, new businesses and new products and services,” says Mike Johnston, executive vice president at CRC Insurance Services. “It has become an issue that both the House and the Senate now know a lot about and have a real appreciation for what we do in the financial services industry.”

As obscure as surplus lines is to the average member of Congress, the reform effort drew a number of supporters from both the right and the left over the years. Its earliest incarnation was as a part of the SMART (State Modernization and Regulatory Transparency) Act championed by House Financial Services Committee leaders Mike Oxley, R-Ohio, and Richard Baker, R-La., both of whom have retired. Oxley and Baker felt the push and pull of the historic federal-versus-state regulation gridlock, and the SMART Act was designed to be something in the middle—a series of regulatory reforms addressing many aspects of state insurance authority. But their proposal wasn’t fully embraced by either faction; those in favor of an optional federal charter felt that it would preclude bigger reforms, and those against OFC thought it was the camel’s nose under the tent.

Ultimately, after a year and a half of trying to get traction, Oxley and Baker decided to run up the surplus lines title along with a reinsurance reform provision as a standalone bill. The bill passed unanimously on the House floor and enjoyed the support of the ranking Democrats on the committee, Reps. Barney Frank, D-Mass., and Paul Kanjorski, D-Pa., both of whom ascended when Democrats re-took the House. Oxley’s successor as ranking Republican on the committee, Rep. Spencer Bachus, R-Ala., was also an early and vocal supporter.

The bill’s primary authors in the House are Reps. Dennis Moore, D-Kans., and Scott Garrett, R-N.J., both influential legislators on the Financial Services Committee. Joel Wood, The Council’s senior vice president of legislative affairs, described them as “the dream team: both smart, both effective, and both sought after due to their popularity and workhorse reputations.”

Frank and Kanjorski subsequently won passage of the bill on three occasions on the House floor, but Senate action was elusive.

Initially, Florida senators Bill Nelson, a Democrat, and Mel Martinez, a Republican, introduced the Non-admitted and Reinsurance Reform Act as part of a series of insurance reforms aimed at ultimately providing greater market flexibility in their coastal state, where availability and affordability of coverage is often difficult to come by. More recently, the legislation was championed by retiring Sen. Evan Bayh, D-Ind., himself a popular and ranking member of the Banking Committee. Ultimately, three of the top leaders of the Banking Committee—retiring Chairman Chris Dodd, D-Conn., his presumptive successor Tim Johnson, D-S.D., and ranking Republican Richard Shelby, R-Ala.—came to embrace the NRRA as a meaningful reform.

Perhaps the most critical moment during the legislative process came when Dodd inserted the NRRA as a part of his comprehensive financial regulatory overhaul initial draft. While the legislation ultimately was approved along largely partisan lines, the surplus lines piece had broad support across the philosophical spectrum.

“In Congress, it’s always easier to beat something than to pass something,” says Wood. “We’ve been really fortunate that all of the congressional leaders in the financial services arena have been willing to engage on this subject, work through the issues, and get this to the finish line.”

The next hurdle is implementation. Equally as challenging will be creating an infrastructure to determine taxes between the states. And there’s some worry about infighting.

“Once the process is in place, the states will have to figure out how they’ll do the allocations, and the end result may be difficult to swallow,” says DeCarlo.

Regardless, the National Association of Insurance Commissioners is expected to develop a set of rules to implement the legislation. One of the provisions in the bill requires the NAIC to submit a report to the House Financial Services and Judiciary Committee and to the Senate Banking Committee identifying the procedures the states have agreed to for allocating surplus lines premium taxes among the states.

“This will be a challenge for the NAIC,” says Wood. “But if states don’t change their laws, they will be denying themselves revenue. For the NAIC, this is on the same difficulty scale as it had with the passage of NARAB [National Association of Registered Agents and Brokers]. But it largely stepped up then, and we expect it will do the same now.”

Brokers need not fear that all the frustrating fun has completely been eliminated.

Wholesalers may still have to complete an allocation worksheet for tax-sharing purposes, among other things, and this will be no walk in the park. “We’re not getting rid of all the work, but we’re certainly getting rid of a helluva lot of it,” says Johnston.

In 2006 testimony before the House Financial Services Committee, Sinder noted how reform is a frustratingly long process. Truer words were never spoken. For years, regulatory requirements prevented the non-admitted marketplace from realizing its full potential.

“This bill removes confusion and simplifies things a great deal for us,” says Tom Curtin, CEO of CRC Insurance Services. “From a national wholesale perspective, it works best for our world.”