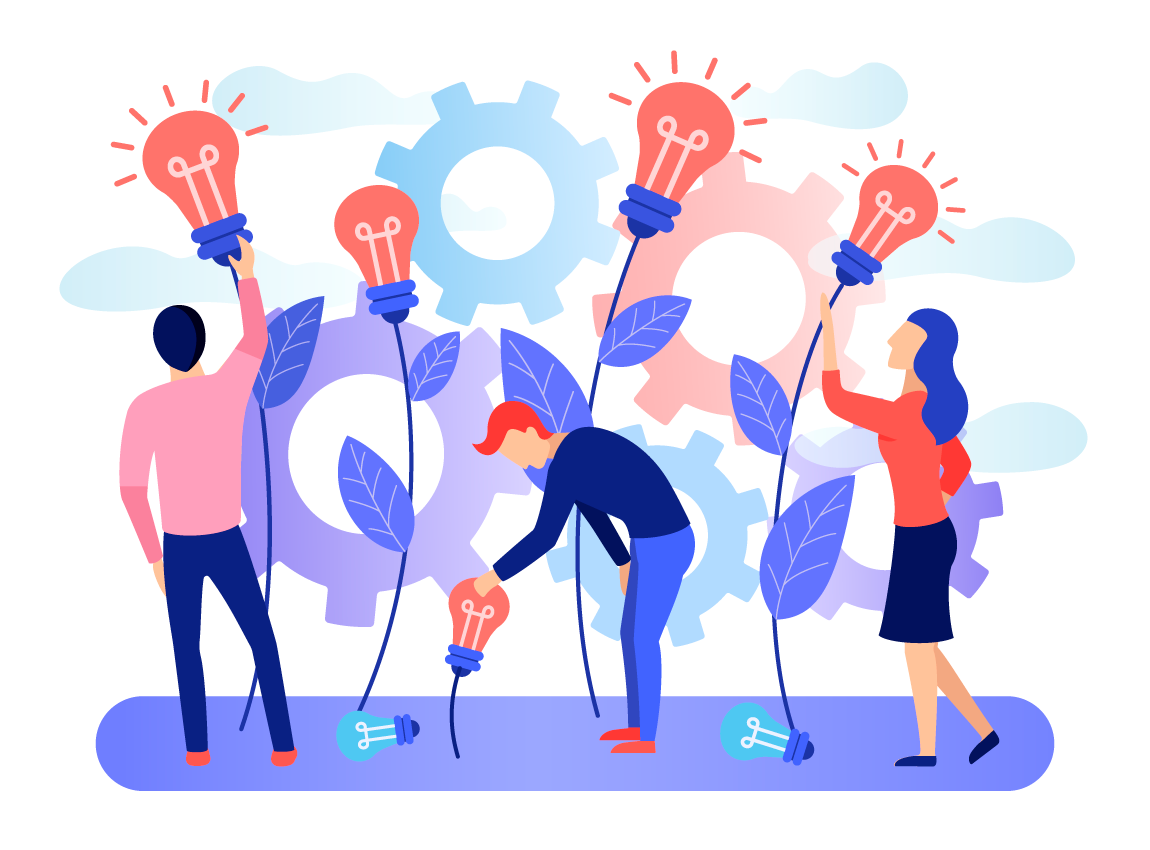 Brokers Holmes Murphy and M3 have partnered to found BrokerTech Ventures, an insurtech accelerator dedicated to broker-focused solutions. We sat down with the heads of both founding companies as well as initial partner Conner Strong & Buckelew to get the details.

Q
Tell us how this venture came to fruition.
A
Victorson: If there’s a way to capture the spirit of brokers and members of The Council working together for the betterment of the industry and their customers, this really is a cool story of abundance, not scarcity. What happens too often in our industry, at least historically, whether it’s brokers or insurance companies, people can get so territorial with what they think of as their competitive advantage that they don’t involve the rest of their industry…And when you operate from that type of scarcity, attempting to have some type of market positioning, too often your idea, or what you’re trying to build, isn’t made better by getting more people involved. BrokerTech is something we started to cook up about four years ago, when InsureTech Connect was still in its relative infancy. Our original thinking was to develop a fund by brokers for brokers that would scout out and invest in technology aimed more at the distribution space. Over the last three years, we’d been trying to round up brokers to consider making a sizable multiyear investment to raise capital, call a fund manager and start investing in what we called broker tech. But that didn’t work out.

After we put it on the shelf—this is the awesome part—Dan gave me a call about four or five months ago. He said, “We’d like to do this, but we want to pivot from standing up a fund to standing up an insurance accelerator, a broker tech accelerator, learning from what we’ve learned from the Global Insurance Accelerator here in Des Moines.”

Many of the things we had talked about in the fund are going to be accomplished in the accelerator, so it was a very easy pivot.

Keough: We were involved in supporting the initiative by M3, but separately we were working on a relationship with Brian Hemesath at the Global Insurance Accelerator in Des Moines, and we were thinking about bringing him into our company. And timing just worked out. I called Mike, and I said, “Hey, I’m going to still support your initiative, but I want you to be made aware of what we’re doing.” And he said, “I think yours is a better approach. We are in.” He said, “Just run with it.” So we have just run with it.

It took leadership. It took us to step forward. It took Mike Victorson and M3 to have the idea around what could be done. If you think about most great things, they’re usually pivots off an original idea.

Q
How are you choosing your partners?
A
Keough: What we’re trying to do is create a wide swath of the type of agencies—geographically located around the country—and we want to have a different mix of business. There’s nine agencies right now that are geographically dispersed, and that’s done intentionally. Our business is different than another agency’s business. The industry depth that we have, the type of insurance we have, the size of customers we have—all of that.

Through the culmination of our relationships from the agencies around the country, we just felt like there was a group of people that were yearning for the insights. We called hand-selected agencies that we’ve worked with in the past, and we picked very strategically who would get involved and why, and everyone we’ve asked has wanted to be part of it.

Tiagwad: We had been approached before, in the last couple years, really more about investing than some of the things that are being contemplated here that I think are really more valuable. It’s consistent with a lot of what we’re doing, which is being really thoughtful about trying to be more efficient and deliver more value-added solutions.

Victorson: But I would say this is a little bit of a work in progress. I don’t think we were ready for all of the interest we’ve received. For us, it speaks to why we were excited about this four years ago. But at the same time, we’re going to make sure we’re really tight in moving forward so that we can proceed really carefully with who becomes a partner and who becomes a sponsor. The thing that we are still going to absolutely be able to thread the needle on, though, is that the original founding premise is one of abundance, not scarcity. When the industry comes together, things are made better. Part of what I believe is going to happen over time is firms that want to participate are going to have an on-ramp that allows them to do that, even if they aren’t technically a partner.

Q
How will you work with startups within the accelerator?
A
Keough: We’ll help them with their proof of concept, legal structure, and bring the eyes of the customer and the capability of the role of the broker and what we can do. Then we’ll help them build that out and go through a five-week accelerator program, and at the end of it we’ll help them with either route, be it seeking other capital needs or letting them go off on their own. It’s very non-committal on either side. It’s a traditional accelerator that way. If we see an insight or a capability that we want to fund, Holmes Murphy can fund it without any obligations to the other agencies that are involved in the partner group. So each cohort will stand on its own each year, and the group of partners will participate in that.
Q
As part of the program, you’re planning on bringing startups into partner firms to work onsite. How do you see this unfolding within a brokerage?
A
Keough: Most of our firms—we’re trying to figure out how we can lean into the technology in a way that makes it real to our people, real to our customers, and that will be a part of the programming.

Tiagwad: We can get a number of our folks exposed and make an impact by providing insight that the most technologically proficient person may not really have an appreciation for, because they’re insurance people, they’re not technology people and they have a totally different way of thinking and working.

It is going to be the way of the future, and the sooner we start figuring it out and demonstrating to the workforce that we do get it—we’re going to be thoughtful about it. … You’ve got a lot of busy people, and they don’t have enough spare time to be pulled away from other things that were clearly priorities. I think, when we do something like this, our group knows we’re really serious about getting these real opportunities.

Q
Are there particular pain points you see in the industry that you are targeting?
A
Keough: One, I think that our industry is yearning to figure out how technology can get onboarded into our industry. We want to help the industry be more efficient, want to help us grow faster, help us differentiate the client experience, and help us help our clients drag down their costs. So that’s the one area every agency we’ve talked to doesn’t know how to do. BrokerTech Ventures provides them a common connection point where they’re not on an island, looking at the world of the unknown on their own. Now we’ve got a dozen agencies that all have a common wide lens, one platform that we can share insights, we can help scale, we can learn from each other.

Two, if you think about the next generation and how they expect technology to serve them and meet their needs, we as an insurance community have a long way to go. So this puts an exclamation point on it, and these agencies want to get there faster. They want to send a strong message to their employees that they are intentional and strategic about how they move down the innovation curve.

And then lastly, we’ve had a big challenge with diversity in this industry. As I walk around here [InsureTech Connect], this does not represent a normal insurance industry conference.

Victorson: I do believe that insurance is going to become even more of a technology business. When you think of the technology space, I think it does attract a more diverse workforce than insurance historically. If we do this right, I think this is going to be one of the most complementary efforts that our industry has in making real strides on the D&I front. Technology will be a terrific venue to expose this incredible industry to a whole bunch of people who’ve never really thought of it before.

Q
Are there any specific operational areas you are targeting for entrants into the accelerator?
A
Tiagwad: There’s clearly more efficient, better ways that we could be doing things. A step behind the efficiency piece is really recognizing that the fulfillment of the job is going to be a lot better if the people can allocate more of their time toward these things to really make a difference. The really talented people that you have, doing whatever you can to spread them and scale them, so they’re touching as many of your customers as possible.

Keough: I’ve actually not even gone to where I think we’ll target, because the whole idea of disruption is it comes from areas you don’t think of. We want to have as wide a lens as possible. We want to be open-minded on all areas of opportunity.

Q
Discuss the role of being an active participant in shaping what technologies are built.
A
Victorson: We see innovators and technologists understanding where they can help, but their understanding is limited because they’ve never been a broker. They’ve never sat with a customer. And they’ve never sat in between the manufacturer, the insurance company, and the ultimate end user. Because we have this unique vantage point, we can speak into the technology in a way that sharpens it, clarifies it.
Q
How will you choose participants?
A
Victorson: Probably one of the single biggest things that we look for—outside of do you have ingenuity, are you talking about something that hasn’t been talked about before—is are you willing to partner with people who understand the customer, understand the industry and are willing to come on and make your technology better.

Tiagwad: I don’t really necessarily think we’ve got the breadth of knowledge just in our operation to be able to pick all the right ones. But it’s a handful of the right brokers collectively being able to pick among the group where we want to spend our time, collectively providing insight into some of the modifications and tweaks that should be made to the product to make it most effective. What would have to be done to really make a big difference? What are those differences? And that’s another thing that was in the back of my mind, something that would really be of value. It may be great if a few of these things we made a decent mark on, and then at the same time we’re really difference-makers in terms of servicing our clients.

Partner: $100,000 annual investment for a three-year term. Partners have been identified as agency leaders in this area. Their commitments include participating in the selection and mentoring of accelerator participants.