Everest calls itself the patient company. And for good reason.
Sponsored by Everest Insurance Posted on August 29, 2016 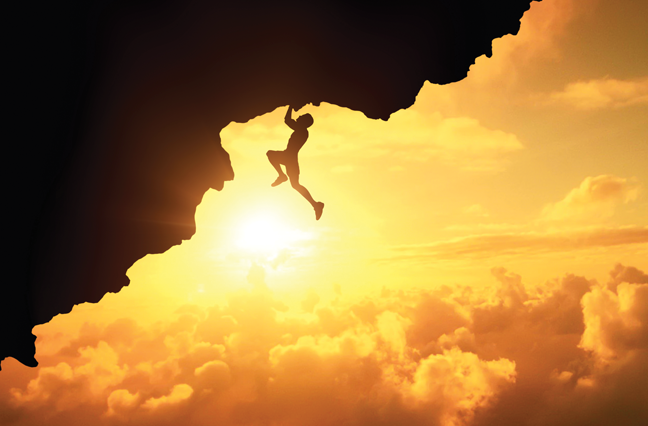 Until relatively recently, Everest Insurance was a sleepy company, a niche player known more for the financial strength, stability and reinsurance operations of its parent, Everest Group, than for its own insurance offerings.

But that started to change in February 2015 when Everest Group’s board hired as president Jonathan Zaffino, a 20-year insurance and underwriting veteran, to revitalize Everest Insurance. Key to that effort has been the hiring of a host of experienced and well-known industry players in the past 18 months who have been integral in developing a dozen new lines of specialty insurance, with more to come.

“We are in the early stages of a transformation of our insurance operations, most notably with the addition of new colleagues, an expanded geographic reach and an enhanced infrastructure,” Zaffino says.

Early stages, perhaps, but Everest Insurance is already creating a buzz in the marketplace where there once was none.

“Everest had not been a major factor in the casualty marketplace except on the West Coast, where they have been a big player in workers compensation, particularly in California,” says Joseph Peiser, executive vice president and head of casualty broking for Willis Towers Watson. “Other than that, from my perspective, they were not a factor. We never thought about them. We never did anything with them. We never saw them.

“When Jon Zaffino joined and started changing their profile in the casualty market and making significant hires, it completely changed the game. We now view Everest as an up-and-comer.  We encourage our brokers to give Everest a look for accounts that are looking for alternatives and to consider Everest for more difficult casualty risks. It has been a complete sea change in the casualty market from last year to this year.”

“It is a totally different company from our perspective,” agrees Tim Turner, chairman and CEO of R-T Specialty of Chicago. “They can consider a lot of creative and innovative types of solutions. Today they have attracted so much underwriting talent that they have gone from being a good market to being one of our top trading partners in a very short time.”

Everest’s reinvention rests firmly on growing the company organically. Leadership remains focused on both adding new product lines in chosen market areas and thoughtfully expanding existing lines of business and industry solutions. Some of these may be areas not well served by the current market or segments where Everest’s global reach, underwriting and claims expertise, or financial strength can enhance the coverage offerings. As other insurers have been growing through mergers and acquisitions, Everest has capitalized on other organizations’ reductions in force and shifts in management structure to add underwriting talent. In the past year, Everest has hired more than 130 people from 53 companies.

“Lots of companies have engaged in mergers and acquisitions or have undergone significant changes resulting in RIFs,” says Dane Lopes, senior vice president and head of sales and distribution. “Consequently, it has made more talent available to us and also has created new account possibilities and business opportunities for us to consider.”

“Most companies are cutting back, and they are expanding,” Turner says. “It is a breath of fresh air.”

Although there are many new faces at Everest, William Thygeson Jr., chief administrative officer, says the company is holding on to the underwriting standards that have made Everest Group one of the financially strongest insurers in the industry.

“Everest prides ourselves on not chasing premium or being reckless in terms of growth, not burning our way into the market,” Thygeson says. “We’re a risk-taking company but not at the expense of profitability. We’re willing to write risks but not if we can’t get the right return for the risk being assumed.”

We’re willing to write risks but not if we can’t get the right return for the risk being assumed.

In adding new product lines, the reinvented Everest is augmenting its offerings, moving into areas that other insurers shy away from and searching for solutions to difficult coverage needs.

“We have a risk appetite that is broad but also is not afraid of the tough risks,” says Lopes. “We will write the tough product risks, and that makes us a meaningful trading partner to both brokers and insureds. Where there are unmet needs or difficult risks, we think that is a significant opportunity for us.”

Connie Germano, senior vice president and head of specialty casualty, said one thing she noticed after joining Everest was the company did not have a group dedicated to writing stand-alone umbrella. “That was the first group we developed organically,” she says. “When I looked across the horizon, it seemed the opportunity to write stand-alone umbrella and excess in the current marketplace made a lot of sense. With our broad lead appetite, a $25 million umbrella and excess capacity provides a nice solution to our customers.”

Another new area is a product called “Peak Protect” that is filed in all 50 states and provides a coverage enhancement over and above umbrella coverage for crises. The product provides as much as $250,000 in coverage to help defray some of the initial costs of a liability disaster. Germano said it is different from policies offered by competitors because, if the initial $250,000 limit is used up in one crisis, the limit can be reinstated to cover the insured in the event of another crisis.

Everest officials also have spent a great deal of time engaging with their major trading partners to identify broker “pain points” and develop strategies that can lessen that pain, enabling Everest to quickly respond to the market.

For example, Mike Karmilowicz, senior vice president and head of Everest Specialty Underwriters, says brokers have reported they spend as much as 20% of their time in pursuit of binders for their large placements. Since a majority of their large customers have 10, 15 or more insurers providing coverage for a single tower, that pursuit often takes weeks, months or even longer, Karmilowicz says. And the same exhaustive effort repeats itself with the issuance of the policies.

“We said we are going to stop issuing binders. We are going to issue policies instead,” he says.  “No longer are we waiting for the carriers below us to issue their policies. We have worked with our trading partners on the account, and we understand what we are covering. So we now issue policies at inception.”

Karmilowicz says this enables a broker to more quickly construct and complete the tower of insurance, “freeing them up to go out and spend more time on things that matter, like serving their customers and going after new business.”

“The demands of the market are in constant flux,” he says. “As a flat organization, Everest has a speed-to-market philosophy which, when combined with the technical expertise of our team, offers an unparalleled level of service.”

For example, after a customer expressed concern over the costs it incurred to fight a frivolous lawsuit, Everest responded with a new product called Rappel. Rappel provides a 50% reimbursement of costs incurred to achieve dismissal of securities class action lawsuits.

“There is a growing demand for this product in the market, and the Rappel endorsement is an example of Everest’s ability to quickly identify and respond to customer needs with effective solutions,” Karmilowicz says.

The company also is seeking new opportunities in coverage areas that other insurers have abandoned.

“We are constantly surveilling the landscape for opportunities,” Zaffino says. “As certain capacities are reduced or organizations choose to withdraw from a market, that decision might not necessarily align with how we think of the world. If there’s a void, we certainly will give that very strong consideration. We have the ability to react quickly and can solve client issues whether the voids are the result of a broad market contraction or are acute challenges experienced by individual insureds. We’re always going to maintain that nimble and dynamic sense of ourselves.”

Everest has been able to move into areas of greater risk because it is coming at the problems fresh, without the burden of legacy operations.

“When you are building something that is new, you can approach it with a clean slate,” Lopes says. “We can approach many of these areas without a problematic claims legacy or past mistakes that others might have. We can benefit from the lessons learned from the industry’s claims or past mistakes without having to have suffered those issues ourselves.”

When you are building something that is new, you can approach it with a clean slate.

Zaffino says one of the main goals in Everest’s reinvention is to remain relevant in today’s rapidly changing market, but he stresses that in doing so the company will maintain underwriting discipline first and foremost.

“We don’t have any aspirations to be a one-stop shop, but we are certainly striving to be relevant in enough areas such that we are underwriting a diversified palate of risk,” he says. “We don’t want to be so niche and so limited in what we do that we don’t achieve a threshold of relevance with our brokers and insureds. We are a patient company. We are not interested in buying market share. We are afforded that luxury because of the size of the group, diversification of the group and earning power of the group. Underwriting is first and foremost in our mind.”

“They are a great company historically—very financially strong. They have been around a long time and have proven all of that,” says R-T Specialty’s Turner. “Under the direction of the new management team, they have been able to attract a much stronger, deeper band of underwriting talent. So today their real strength is that they have a lot of depth and breadth in specialty underwriting.”

The company’s take-it-slow approach is particularly important to brokers like Peiser.

“There is no indication they are doing it willy-nilly or that they are being irresponsible in their underwriting,” Peiser says. “And they are not yet winning a lot of business. In our view, that is a good thing. In the casualty business, it often takes two or three years for accounts to move from one carrier to another. Often our clients want consistency and look for a carrier to quote an account for a few years before moving. In my view, the fact they are not writing a lot of business is a good sign. What I like about their approach is they are comfortable with catastrophe risk and they have a sense of how to price it.”

In the first year of Zaffino’s leadership, Everest Insurance grew premiums by 26%, and the company is on a strong path to its target growth of 28% this year. It remains to be seen how much more the company will grow and how many more lines of insurance will be added to the suite of offerings.

“We are growing our organization organically by making strategic decisions on what markets we want to be in, by either product line or geography. You have to invest the time in planning up front and execute those plans,” Thygeson says. “We haven’t defined a fixed end point, but we’re very ambitious about where we want to take the insurance operation in the next years.”

“We’re playing a long game here,” Zaffino says. “This is the beginning of a multiyear story.” 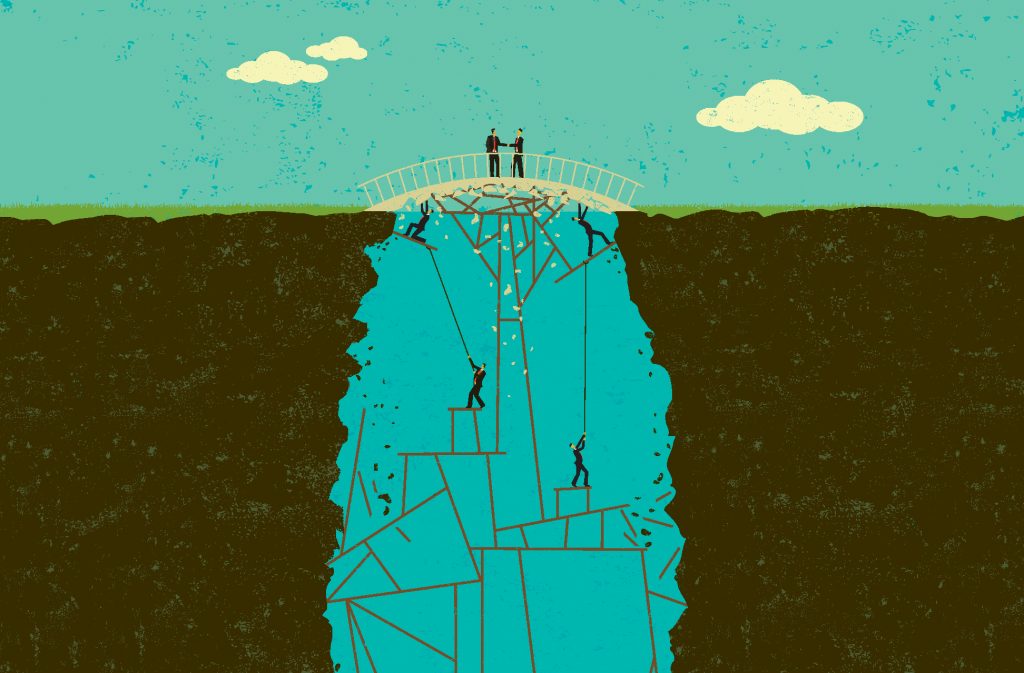