Q&A with Ge Bai, Associate Professor of Accounting at Johns Hopkins Carey Business School and Johns Hopkins Bloomberg School of Public Health
By Tammy Worth Posted on May 31, 2020 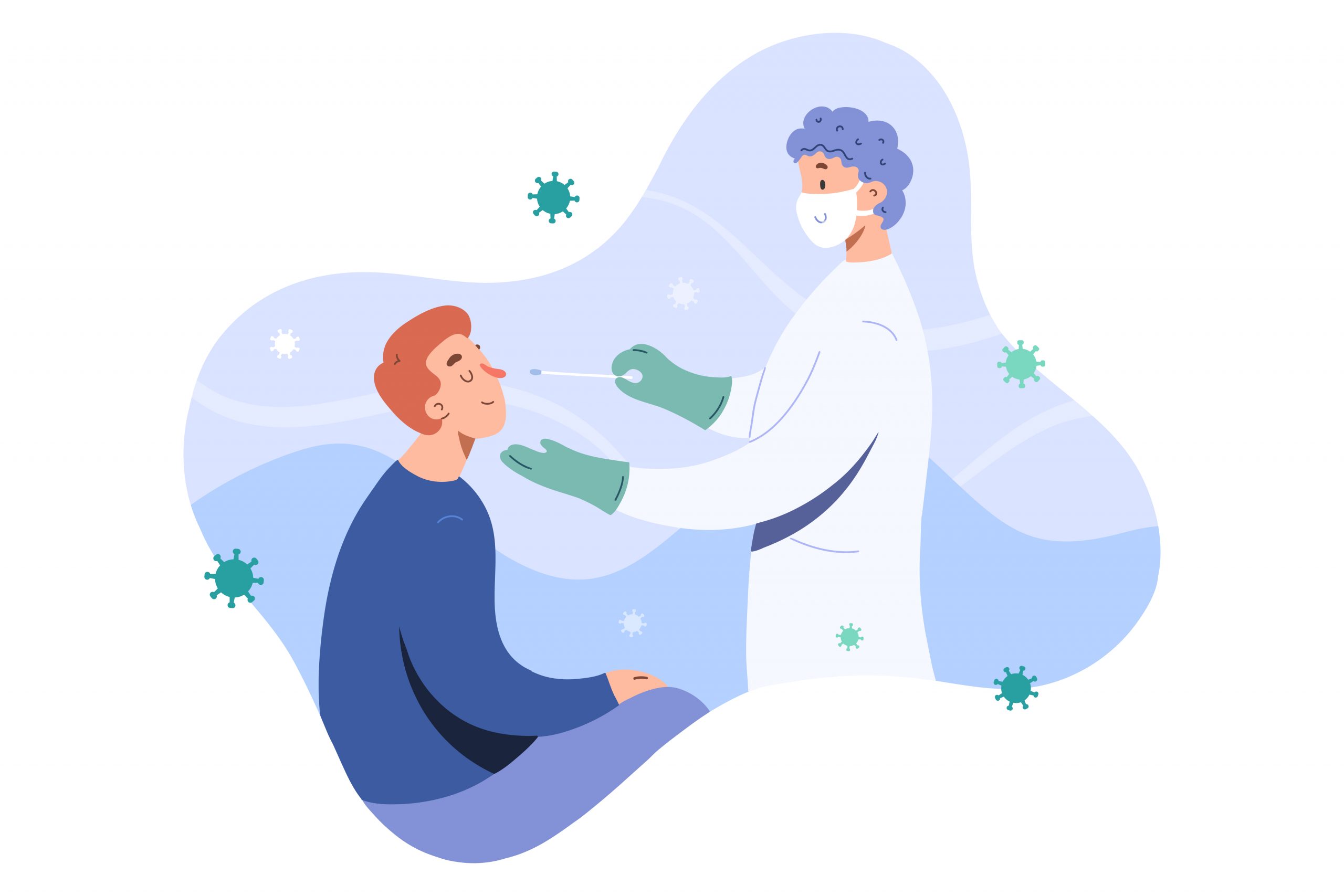 Bai, who is an expert in healthcare management, pricing and policy, discusses a recent Health Affairs blog where she and colleagues argue that rapid development and widespread distribution of tests for COVID-19 is the best way, in the near future, to get employees back to work and the economy restarted.

Q
What made you want to get the word out on the importance of COVID-19 testing for businesses?
A

Before a vaccine and treatment are created, the most potent weapon we have is testing. We would not have recommended testing if there hadn’t been such severe economic damage caused by the pandemic. Testing wouldn’t be feasible if the impact was very small and the economy didn’t need to be shut down like what we are experiencing right now.

Our motivation is getting everyone back to work. But before we can get back to work, our biggest hurdle—prior to having a vaccine—is information…or lack of information. People don’t know if it is safe to go or even if they are infected or not and might make others sick.

Q
What kind of testing do you recommend? Are some options better than others?
A

Frequent, widespread, cheap, at-home testing, like taking your temperature regularly, can even be helpful. Fear and the lack of knowledge can both be conquered by testing. If someone finds out they have it, they may be scared, but at least they’ll know what is going on with their body.

There are two main kinds of tests that we recommend doing. There is the viral test, the one where you take a swab to get some cells from the back of the throat or nose. This is used to see if a person is infected or not. It can only tell you at the time the test is performed if they are sick or not. Then there is the blood test [which shows if someone has already had COVID-19]. This uses a blood sample to tell if someone has the antibody or not. It tells us about the future; another infection is not likely if they have antibodies.

Q
How much time might it take to get the kind of testing that’s needed in the market?
A

Part of the issue is exposure, too. It depends somewhat on the prevalence of the virus. The estimation is that only about 2% of the U.S. population has been exposed. The more exposure, the more pressure to create tests.

Q
Is exposure the only factor that would speed up the creation of tests?
A

No, the decision has to be made at the top—the federal level. The number, costs and capacity will change dramatically according to top-level policy. If the administration said today they are going to recommend home testing and give the authority to all kinds of manufacturers to start producing, many would jump into the market and ramp up production, and the price would go down quickly.

If a test is $20 apiece, it’s not going to be widely used. If it’s 10 cents, you could get 100 kits and do it as much as you wanted. The government has ultimate control over how accessible this idea can be. Once they opened it up as an option, it would be quick to happen. The business world is vital and dynamic, and they could get them made.

Q
What about the efficacy of the tests? There are reports they may not have great accuracy. Is that a concern for people going back to the workplace?
A

Absolutely there is a concern that the tests aren’t 100%. But if they are more convenient, people can test frequently. They can test every day, and then the chance for them to be wrong is lower than if you only take it one once a month, for instance. With any test, there is a risk that it might be inaccurate.

With the antibody test, there is some consensus that they will be in the system for a while. It’s not like you get sick and get better today and the antibodies won’t be there tomorrow.

[Editor’s note: According to Advisory Board, experts estimate people who have been infected have antibodies for about a year; some may not make antibodies at all; and still others may make antibodies but still be re-infected with milder symptoms.]

Q
You have mentioned at-home testing. Is that the gold standard?
A
The best thing we can do is at-home testing. We can know that everyone who goes out in the community has one. They would have to be truthful and, if they are sick, stay home and, if not, they could go out.
Q
You mentioned in the article tracking for people who have already had the virus and were “safe” to return to public places. How feasible is that?
A

The idea is to have a sort of passport linked to a phone that can show if they are negative and have the antibody, and then they could go anywhere. It would be a very convenient way to get people back to work. The cost is not high to develop an app linked to a test result, and it could be done very easily.

If we did this, though, there would be issues with people being tracked and their medical information being displayed in public. The feasibility is limited, and it would take an extreme case to have that occur.

Q
If we don’t have tracking, how could employers be sure employees were regularly testing and offering real information?
A

A second option is doing an on-site employer screening every morning. People would come in before diving into the workplace and take a swab test. If they are not infected, they are allowed in.

This would be a very helpful way for many employers whose business is not involving significant exposure to external customers to test. If the business is a call center, where everyone is facing computer screens, or [one where] employees are working in a warehouse, storage or manufacturing, it would be helpful to preserve their safety. With no external exposure, an employer can know that 100% of everyone coming in that day is negative. There is no reason why people wouldn’t be able to come back to work.

Q
This wouldn’t work for industries like grocery stores that have a lot of people coming and going and potentially contaminating the environment, correct?
A
This kind of testing will have a limited impact on industries like restaurants and movie theaters simply because of customer trust. I still think employees might not want to work and customers may not feel like coming in because of the public exposure. You can’t say for sure that every moviegoer or restaurant customer will take one.
Q
Would there be drawbacks even for nonpublic-facing industries?
A

Cost is a big concern. I think it’s the government’s job. Again, if they open the market for on-site testing, manufacturers could come to the market and drive down costs. And the cost to administer it would be limited. You could have one nurse just sitting there doing that test, and it takes 15 minutes. If the costs were contained to a reasonable level, I think everyone who comes to do a screening test and passes would be happy to go back to work in some industries.

A second issue is accuracy and liability and legal issues involved with that. What if a test is not accurate? If just one test was wrong, then all of those employees can be subject to the risk of infection.

But if the enticement of opening up is so significant—a company can gain so much income from it—there will always be a trade-off. Employers will balance if the benefit is higher of opening. Like Amazon, right now, has an unlimited volume of business, so it has a really strong incentive to get people to work.

[Editor’s note: Amazon recently announced its intention to have a testing lab where it could monitor the health of its workforce. This happened after employees at more than 50 warehouses nationwide tested positive for the virus. Amazon raised wages and is attempting to hire more employees even as current ones are striking, claiming the company isn’t offering enough protection. “Regular testing on a global scale across all industries would both help keep people safe and help get the economy back up and running,” the company wrote in a blog post. “Unfortunately, today we live in a world of scarcity where COVID-19 testing is heavily rationed.”]

Q
And the need for testing is only there until we find a vaccine, correct?
A

The atom bomb would be the vaccine; testing may be used as an intermediary to limit the damage before one is created.

This will not completely get us back to normal; it will only make lives better than right now. Fear comes from lack of knowledge. Right now, we are facing an invisible enemy.

Employers just have to cope with the situation. It’s too much to hope for a complete return to normal in the next several weeks, so employers should seek any options to get back to production as much as they can. They have to face reality, and testing would be a makeshift solution. We have to do something, and there is no pie here. We can’t cut any piece of it. We can’t trade our health and security for the economy.