Many of those questions relate to the provision of reproductive-rights related benefits under group health plans.
By Scott Sinder Posted on June 29, 2022 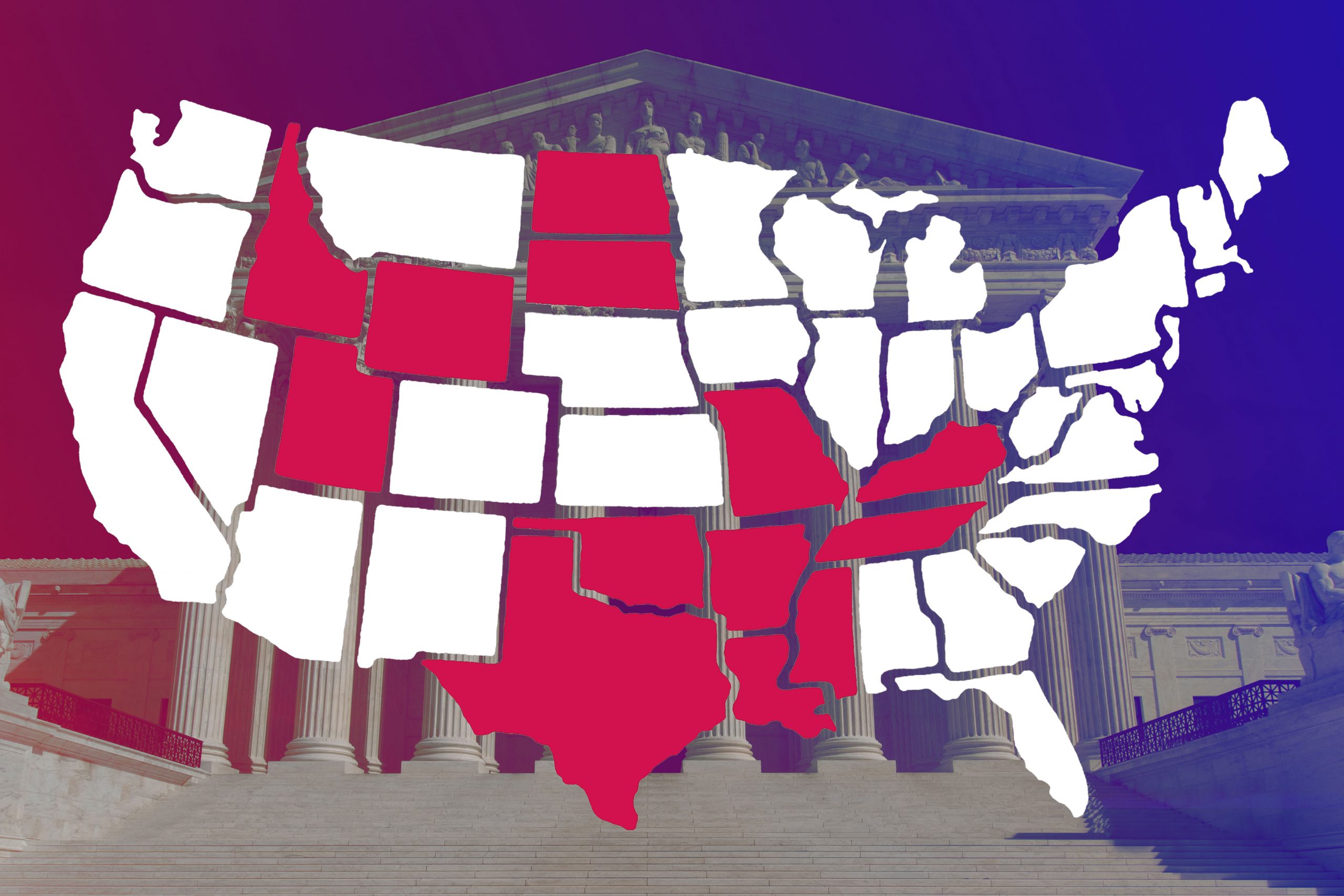 As you assuredly know by now, on June 24, the United States Supreme Court issued its long-awaited decision in Dobbs v. Jackson Women’s Health Organization and ruled 6-3 that having an abortion is not a fundamental constitutional right.

In upholding the Mississippi law at issue, which barred abortions after the 15th week of pregnancy, the Court concluded that all state regulations on or prohibitions of the ability to receive an abortion are “health and welfare” laws that are entitled “to a strong presumption of validity.” This decision reversed the Court’s 50 year-old Roe v. Wade decision, which had ruled to the contrary.

In the annals of United States politics and law, I do not believe that there is any other issue that is so polarizing both politically and legally. Even the language used by proponents of the different views reflects that—“pro life” versus “pro choice” and “reproductive rights” versus “abortion” for example. If anything, the Dobbs decision will serve only to exacerbate those divides.

It appears that abortion will essentially be illegal or access significantly curtailed (except in cases where the mother’s life is jeopardized) in at least 19 states. Thirteen have “trigger” bans that go into effect within 30 days of the issuance of the decision or after certification by a state official: Arkansas (where the attorney general announced that the ban was in effect the afternoon the decision was released), Idaho, Kentucky, Louisiana, Mississippi, Missouri, North Dakota, Oklahoma, South Dakota, Tennessee, Texas, Utah and Wyoming. Another six states have laws on the books that were vacated under the Roe line of authority but that now likely are to be reinstated: Alabama, Georgia, Iowa (abortions banned after six weeks of pregnancy), Ohio (six-week ban), South Carolina (six-week ban), and West Virginia. Indiana also is viewed as likely to enact a ban, and Kansans will vote on a constitutional referendum in August that would ban abortions in the state. In Virginia, Governor Glenn Youngkin asked his (Republican) statehouse to put forward a law banning all abortion in the state after 15 weeks of pregnancy (joining Florida and Arizona, each of which is now expected to consider more onerous bans).

On the other side of the equation, a number of states either have laws affirmatively protecting reproductive choice or have governors who have pledged to protect the right and to serve as a safe haven for those who do not have access at home. In Michigan, Pennsylvania and Wisconsin, however, the Democratic governors who have served as the bulwark against bans or restrictions promoted by their Republican state legislatures each face tough reelection fights this November.

Ultimately the Supreme Court’s decision will, in a very real way, generate more questions (and litigation to resolve many of those questions) than it answers. Many of those questions relate to the provision of reproductive-rights related benefits under group health plans. Before we discuss those, however, two initial points.

First, do not expect Congress to step in to this morass legislatively. In addition to the fact that Congress is every bit as divided as the rest of the country on the underlying questions here, the Court’s repeated characterization of abortion restrictions and prohibitions as “health and safety” laws calls into question Congress’s ability to legislate in this arena at all. For the constitutional scholars among us, recall that Congress can exercise only those powers specifically delegated to it under the Constitution. Even though the trend over the course of the last century has been for the Supreme Court to interpret those powers more and more broadly, they do not extend to “health and safety” measures that are left to the states. Further, this Court is likely to take a very narrow view of any Constitutional powers Congress purportedly would be exercising if it chooses to legislate here.

Second, although the majority opinion goes to great pains to note—repeatedly—that the Dobbs opinion is limited to the very unique issues presented by abortion, the Roe decision it overturns was built on a litany of cases anchored in the same “right to make and implement important personal decisions without governmental interference.”

Justice Clarence Thomas—who joined four other conservative Justices in signing on to the majority opinion (with Justices Samuel Alito, Neil Gorsuch, Brett Kavanaugh and Amy Coney Barrett)—wrote a separate concurrence agreeing that “nothing in this opinion should be understood to cast doubt on precedents that do not concern abortion” but also admonishing that “in future cases, we should reconsider all of this Court’s substantive due process precedents, including Griswold [v. Connecticut (right to contraception)], Lawrence [v. Texas (right to engage in private, consensual acts)] and Obergefell [v. Hodges (right to same sex marriage)].”

On this point—that the reversal of Roe jeopardizes the entire line of authority—the liberal dissenting Justices (Stephen Breyer, Elena Kagan and Sonia Sotomayor) found a rare area of agreement with Justice Thomas (although they obviously would oppose any further limiting of these rights). And, as the dissent notes, those challenges already have begun, citing recent legislative initiatives to limit access to contraceptives in Idaho and Missouri in anticipation of the Dobbs decision. For what it’s worth, I expect the challenges to come. I also expect the conservative Justices to find a path to preserve the rest of the line of authority as they repeatedly note is their intent.

The questions that will most press on us as a community primarily relate to the extent to which group health plans with beneficiaries in states that make abortion illegal can assist their plan participants with accessing abortions in the states where it will remain legal. The saber rattling already has begun, for example, over whether a state may bar use of abortion medication approved by the Food and Drug Administration (the Guttmacher Institute estimates that 54% of the abortions done in the United States in 2020 were done by medication), and that debate most assuredly will be litigated in the weeks and months to come.

Many major companies have announced plans to pay for employee travel to access care. Some states, however, already have bans on assisting someone with getting an abortion, and other states are evaluating criminalizing such assistance. Although Justice Kavanaugh in his concurrence argues that a state may not “bar a resident of that State from traveling to another State to obtain an abortion,” the dissent cites this as another issue that likely will be resolved only through litigation.

The other issue related to travel is whether the travel costs paid on behalf of an employee or an employee’s family member must be treated as income to the employee. The IRS has held that legally performed abortions are a form of “medical care” (Rev. Rul. 73-201, 1973-1 C.B. 140), and IRS regulations clarify that “medical care” includes, in addition to direct treatment, “transportation primarily for and essential to medical care” (IRC §213(d)(1)(B); Treas. Reg. §1.213-1(e)(1)(i)). The courts have held that the cost of meals and lodging “incurred while traveling to the point where the prescribed medical treatment or health benefits were to be received” can be properly treated as a “medical expense” as long as they were required to bring the patient to the place the care was provided.

To qualify for the favorable “medical care” tax treatment, the benefit must be provided under the group health plan itself or as part of an integrated health reimbursement arrangement. There also may be ways to structure the benefit as part of an employee assistance program. In all cases, it is most likely that the benefit recipient will have to be enrolled in the underlying group health plan in order to receive the favorable tax treatment. This is an area where we can expect IRS guidance, but that guidance, if issued, likely would be subject to reconsideration in the next Republican administration.

There will be more questions, and there will be extensive efforts to test the bounds of the new post-Roe regime. The only thing of which we can be certain at this point, I think, is that we will be operating with lots of uncertainty in this space for the foreseeable future.