Q&A with Mark Galvin, CEO of MyMedicalShopper
By Tammy Worth Posted on September 27, 2018 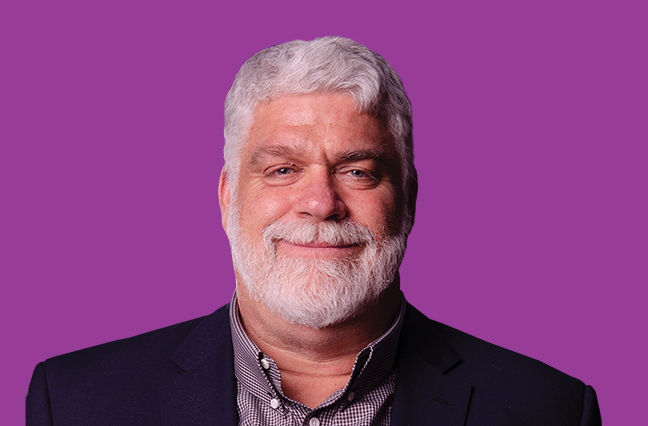 These steps, he says, could not only reduce employers’ and employees’ healthcare costs but could also help transform the system overall.

Q
According to a recent Reuters article, researchers at the University of Toronto contacted 120 U.S. hospitals in 2011 and then again in 2016 seeking price information on hip replacement surgery. The number that could provide price information dropped from 48% to 21%, and those that couldn’t provide any information rose from 14% to 44%. How is this happening with all the price transparency efforts?
A
GALVIN: If you are insured, insurers often won’t tell you what the rate is, because the carriers consider the negotiated discount proprietary information. Providers say they have complied with transparency legislation because costs are buried eight layers deep somewhere on their website. And this works because the consumer is not involved in the cost of healthcare. They have been so isolated for so long from what’s billed and what’s paid that it has become a broken market. The consumer got into the mode where you pay a co-pay and you don’t care that at one place you pay it and the underlying cost to the plan, paid for by employer, might be a $50 actual expense but at a different place it might have been $500 for the same thing.
Q
Is the system contributing to the lack of transparency in any way?
A
GALVIN: It used to be that brokers were compensated as a percent of premiums and they kind of liked the fact that they were going up because it was an automatic raise. They would come in and say, ‘Sorry employer, your premiums are going up this year 25%,’ which was not unusual. The employer would say it couldn’t handle that, so they would lower the premium but do it by imposing a deductible or bigger co-pay. The insurance carriers have pushed these things that create optics for the patient where they still never become engaged in knowing what stuff costs.

We are keeping people blind by creating co-pays or doing things like paying for every employee’s flu shots. You don’t pay anything as the patient, but those shots may have cost the plan $200. And you didn’t realize that the shot isn’t free. Instead, they could have come into the office under contract and given everyone a shot, and instead of costing $200, they would have only been $20 apiece.

Q
You are a proponent of price transparency coupled with high-deductible health plans. How do those have the potential to change the system?
A
GALVIN: High-deductible health plans get rid of the fuzzy optics and expose what things really cost. Initially patients do what they always do: they do what the doctor says, and the first bill comes in and they see the real numbers they have to pay and they freak out.

Q
How would price transparency change the system if it were working properly?
A
GALVIN: If you shop ahead, you usually can get between 50% and 90% lower costs. We’ve done some research in Maine, New Hampshire and Massachusetts.

For the state of Maine, we looked at top-100 procedures to see how much people who went for care in Maine with commercial insurance paid last year. We discovered they paid $302 million. We then asked this question: if they had shopped and gone to the lowest-cost place that still had the highest-quality metric according to our data, how much could they have saved?

We’re seeing 18% to 27% savings for the bulk of our customers. The differences are often driven by two key factors. First is whether or not the plan design has a financial alignment that drives shopping. The best is where the premium or claims cost savings are shared with the employee in the form of an employer-funded HSA. Of course, that must be paired with a high-deductible health plan, which eliminates the structures that obscure the actual costs from the employee (like co-pays). Second is employer leadership buy-in. When we see the company CEO engaged, we can often see near-perfect engagement from employees.

Q
How was your organization able to get pricing information with such little transparency in the market?
A
GALVIN: I got the state to give us a version of the database that was a commercial-use version. It turns out there are about 15 states that have these databases, all modeled after the initial one in New Hampshire. We managed to get it from Maine, Massachusetts, Connecticut, Arkansas, Colorado and Utah. Many of these states have succumbed to our analytics team’s explanation of why it is the public interest to get access to the data.

As we’ve been in the marketplace, we have worked with third-party administrators that are releasing claims files for their communities under HIPAA. Under the terms of use, users give us permission to get explanations of benefits sitting in the portal, and we grab the last 12 to 15 months and de-identify it and those bits of data we combine in our database. We now have 3.3 billion claims in our database. We’ve been in New England and launched our national database in August.

Q
How did you get involved in this industry?
A
GALVIN: I’m a serial tech entrepreneur. I was the first employee in companies I started and had to set up the benefits plans. What I saw was the crazy increase in the cost of these insurance plans and the percentage of the company’s budget that was being consumed by healthcare insurance.

I had been educated on these things called high-deductible health plans and health savings accounts by my physician, who was fed up with being told how to run his practice by insurers. When I started my fourth company, I decided to set up a zero out-of-pocket exposure plan. I got a high-deductible plan—$5,000 or $10,000—with a small premium deduction, and I fully funded their HSAs with the premium savings. That meant they had $5,000 in their account to keep if they didn’t spend it. If they ran out of money they were given to pay bills, they could bring their bills to HR, and they would cut them a check up to the $10,000 where insurance kicked in.

People loved it. It turned everyone instantaneously into caring healthcare consumers. Suddenly they wanted to know costs ahead of time. The company saved 32% on this generous zero-deductible plan. We surveyed the employees, and they had on average saved 75% of the money they had in their HSAs. The next year, premiums dropped by 7%.

This was when I got involved in legislation for price transparency. I discovered the state of New Hampshire had to submit every claim they paid to the insurance department quarterly, so they had this massive database. I decided to create price transparency. At the time, an app called Gas Buddy let you do a search at current location to find out gas prices nearby. We decided to create a healthcare version of Gas Buddy on mobile phones.

Q
Why haven’t price transparency tools or healthcare “shopping” worked well so far?
A
GALVIN: If you Google this, all of the articles out there say these tools don’t work. And the reality is that, historically, they haven’t worked well.

The reason for that is most of the shopping has been done in a very abnormal way. You go to the doctor, and they send you for a procedure or test. They send the order out, and you are scheduled to go Thursday at 3 p.m. to another doctor or for a test. The shopping platforms in the past have said, “Call us after that, and we’ll help you find a lower-cost place and give you a financial incentive.” They still don’t show you prices, but they have experts who will tell you what to do.

That’s not a natural shopping experience. I love TVs, so how do I find a new one? I Google it or go on Amazon and get a nice clean list of the cost and what the descriptions are. There isn’t a lot of price discrepancy, because people can get that information so readily and are able to shop ahead of time. But most people won’t turn around and change their doctor’s orders; that’s not the way they shop.

Q
How does MyMedicalShopper differ from other price transparency tools, and how do you think it can change how we choose and pay for services?
A
GALVIN: If you were to grab our mobile app, you pull this thing out while you are with your doctor. Say he wants to send you for a bone density study. You start typing in bone density, and it pops up and tells you everyone locally who does it, how much it’s going to cost you, your insurance discount calculated in, how much will come out of your pocket and what will be paid by the employer and the insurer. And you can say, “Doc, can you send me to this cheaper one over here?”

That’s where the opportunity is. You can make it a natural shopping experience and make it in a platform so they can bring it to their own doctors. It’s easy access at their fingertips, and that makes all of the difference.

Employers and individuals paying for their own insurance are looking for new solutions. This new round of price transparency tools brings the consumer back in. When you eliminate all of the broken optics, they can sit down with their doctor and figure out what works best for them.

Q
What should brokers and consumers look for if they are considering using a price transparency tool?
A
GALVIN: You have to eliminate the thing where you can’t work with your doctor. Before you leave their office and they have made an appointment for you somewhere else, they need to able to navigate it simply and quickly, and it has to launch on their mobile device.

It has to be as intuitive as Google and give you similar information: where do I go and what am I going to pay. It’s also important to have the quality score. People misunderstand and think the highest price thing is the highest quality, and that isn’t true in healthcare. In study after study, there is no relationship between cost and quality in healthcare. It doesn’t work like other industries.

Don’t complain about the cost of care or inability to provide care for everyone if you are going to continue to be a bad consumer. My worst nightmare is when I go to an employer and they say they have a zero-deductible plan and don’t want to change it.

They could be building a retirement account and get zero out-of-pocket exposure and have a quarter of a million dollars sitting in their retirement account. The result on society in general is that healthcare costs will become a more perfected marketplace where productivity is rewarded like in other markets.