It’s Personal. To break into the booming Latino market, you need boots on the ground, an understanding of the community and patience.
Posted on October 30, 2013 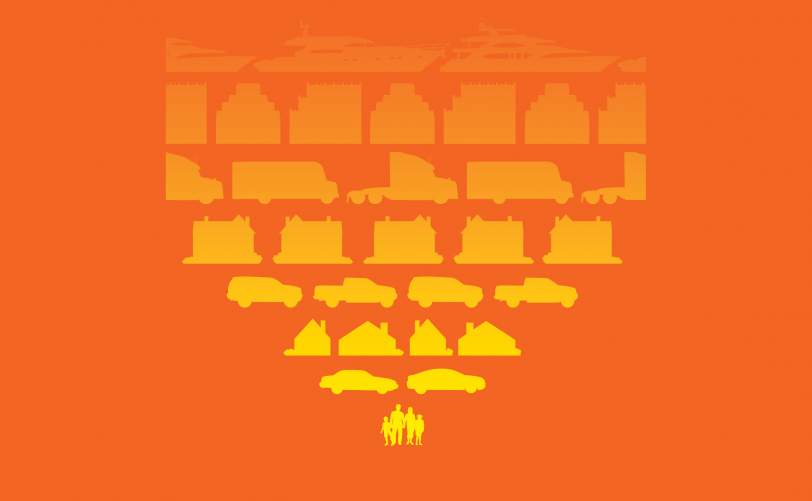 If you want your business to grow, sometimes you need to go where the growth is. And there might be no segment of the insurance business that’s growing quite like the Latino market.

America’s 52 million Latinos wield greater buying power than most countries and represent a large base of prospective clients for insurance providers. Yet they often fly under the radar, served mostly by a few big players and lots of mom-and-pop shops selling auto policies. That’s starting to change.

Big players are edging into the market, even as established Latino-focused agencies spread their wings. And smaller agencies are carving out their niche. They’re all seeing that, while there can be language barriers and occasional cultural hurdles to clear, there’s also plenty of opportunity. They just need to position themselves properly.

“The business has shot up pretty incredibly,” says Paul Areida, chief executive of Protector Holdings, a new brokerage that’s taking aim at California’s Latino market. “It’s just sheer numbers that we’re following.”
Those numbers are striking. According to the Pew Hispanic Research Center, the Latino population in the United States has grown by 48% since 2000. At that pace, the Latino population would exceed 130 million by 2050.

And Latinos have money to spend. Their purchasing power in the United States is roughly $1.2 trillion—bigger than the entire economy of Mexico—according to the Selig Center for Economic Growth at the University of Georgia. In five years, the Latino market could be on par with all of Canada.

Some of that money is being plowed into small businesses. From 2002 through 2007, the number of Latino-owned businesses in the U.S. grew three times as fast as all businesses, and while the recession hit hard, many have bounced back. In 2011, according to the Kauffman Foundation, nearly one fourth of all new American entrepreneurs were Latino.

Many of these companies are small, but collectively they represent a big opportunity. Mordy Rothberg has known this for some time. Rothberg is president and co-founder of Confie Seguros, the nation’s largest brokerage focused on the Latino market. Launched just five years ago, Confie today generates more than $200 million in annual revenue, much of it in auto, home and life insurance. Rothberg is aiming to top $300 million next year.

He started the company after seeing research that 70% of Latino customers had never been approached by a life insurance agent. That sounded like an opportunity, so Rothberg contracted with a bilingual call center, advertised life insurance on international calling cards and waited for the sales to roll in. They didn’t.

So Rothberg changed course. He bought a small agency that already had an established Latino clientele and community roots, and he got to know the market. The next thing he learned: Latino customers don’t necessarily want to be targeted as such.

When Rothberg bought that first brokerage, he changed its name from Oasis Insurance to Confie Seguros—Spanish for Confidence Insurance. Within a few months, he’d lost 30% of its Latino clientele.
“People will go to Oasis Insurance who won’t go to Confie Seguros,” he says. “They aspire to be American, and if you’re targeting them, some people will think you’re just gouging them.”

So he changed the name back to Oasis. Customers returned. And while Confie Seguros has grown to 350 storefronts in five years, none of them bear its corporate name.

But those 350 storefronts share corporate buying power and back-office services, and that, along with deep connections in Latino neighborhoods, has helped Confie compete in a sector long dominated by big names with huge advertising budgets.

“A lot of brokers are scared of personal lines—that belongs to Geico and State Farm and Allstate,” Rothberg says. “But we believe there’s opportunity there.”

And you don’t have to be a giant to tap it, as long as you can build relationships. That’s what Kathryn Soderberg has been doing for nearly three decades. A self-described “tall, blonde, white girl” from the Boston suburbs, Soderberg has built her small, family-owned brokerage, Soderberg Insurance Services, into one of the leading insurance providers in the region’s Latino community simply by going out and talking to people.
It started nearly 30 years ago, when Soderberg went to work at the family business after graduate school. She had a master’s degree in Spanish and was looking for a way to keep her language skills sharp while living in an area that at the time had a relatively small Spanish-speaking population. One day she met a Central American real estate broker who had Spanish-speaking clients looking for homeowners insurance. Soderberg saw a niche.

“I kind of fell into it,” she says. “We had no presence in this marketplace.”

Over time, Soderberg got to know more and more people—“influencers,” as she calls them—realtors, mortgage brokers, accountants who served the Latino community and had clients who wanted an insurance broker who spoke their language. Meanwhile, more immigrants were moving to the area from Guatemala, the Dominican Republic and elsewhere. She’d stop in the many restaurants and small stores that were springing up. Meeting people face-to-face matters, she says.

“A lot of our referral business comes from our existing Hispanic clients,” she says. “I’ll go into a bar or a restaurant and they’ll introduce me to people, who eventually become our customer. The physical being out there makes a big difference.”

“I’ll go into a bar or a restaurant and they’ll introduce me to people, who eventually become our customer. The physical being out there makes a big difference.”

These customers typically begin by buying auto or home policies. But relationships grow from there. Many of her clients have started their own businesses, and when they need business insurance, they’ll turn to a broker they already trust.

“They’ll start with personal lines, and a few years later they’ll be talking about commercial policies,” she says. “Once you have that personal connection, you can go a long way.”

Today, Soderberg Insurance gets about 40% of its revenue from Latino clients. It has three fluent Spanish speakers on its seven-person team. And Kathryn Soderberg is starting to serve the children of people she first helped find policies for 25 years ago. Those relationships, she says, will help her firm keep its niche even as bigger fish start to eye the Latino market.

Earlier this year Edgewood Partners Insurance Center (EPIC) and Dowling Capital Partners teamed up to launch Protector Holdings. The San Francisco-based operation bought a 15-office California brokerage and plans to grow from there.

“We see an opportunity to serve a market that we think is greatly underserved,” says EPIC president John Hahn. “Traditionally it was guest workers and new immigrants and focused on auto insurance. We’re seeing second and third generations now with all sorts of needs. We want to create a brokerage firm that can serve all the different strata of the Latino market.”

To get there, Protector is planning a retail approach much like the one taken by Confie Seguros. Its initial purchase of Premiere Insurance Services gave it storefronts in communities across California, mostly in shopping plazas with lots of other Latino-oriented businesses. That way customers can make one trip, meet people face-to-face and get a lot done.

“This is still a people business. They like to come in and make their payment every month, sometimes in cash,” Areida says. “They’ll take their paycheck, cash it, and go pay all their bills. So we put ourselves in places close to Latino grocery stores, Walmarts, places where there’s a lot of foot traffic.”

“This is still a people business. They like to come in and make their payment every month, sometimes in cash.”
Paul Areida, chief executive, Protector Holdings

The plan is to become known in the community and build relationships, to start with convenient locations, grow through word of mouth and develop long-term customers. And, like Soderberg back east, Protector hopes to start with auto insurance but eventually provide more commercial products.

“We’ll get people who say, ‘My brother owns a gas station and he needs insurance,’ and we’re going to be able to serve him,” Hahn says. “Some of our customers will have their own business as landscapers or contractors or they own food trucks. We see a good entrée to be able to develop some of those programs.”

EPIC and Dowling have big plans for Protector. Areida is out talking to more small agencies, looking for deals to keep expanding throughout California. Dowling is bringing private equity capital while EPIC, which already does $80 million in annual revenue from 10 brokerage offices in California and Colorado, will handle back-office services and relationships with carriers.

They don’t have a “magic number” for acquisitions, Hahn says, but they’re looking to grow, first in California and then across the West.

“We’ll have the capital and the bandwidth to support as many acquisitions as Paul can find,” Hahn says. “We’re ready to go. We’re trying to build an organization that can compete.”

Even as EPIC is building a platform to serve the growing ranks of Latino customers, Confie Seguros is using its Hispanic niche as a platform to cross over into the general market. In late 2012, Boston-based private equity firm ABRY Partners bought a majority stake in Confie from Genstar Capital, of San Francisco. The deal will give Rothberg and his chief executive, Joe Waked, access to more capital to keep growing. Since the deal, Confie has bought 11 more brokerages, from Washington state to Florida, and it’s eyeing new markets in Illinois, Georgia and the Carolinas.

As it keeps growing, the nation’s biggest Latino-focused brokerage plans to branch out into more general-purpose agencies, taking lessons it has learned in Latino communities and trying them on a broader field. That means continuing to roll up mom-and-pop agencies with a retail focus and deep community ties, then marrying them with a sophisticated back-office network and the market heft to compete with the likes of State Farm and Geico on auto, home and small business policies.

“It’s a natural progression. We’re not moving from what we’re doing. We’re just expanding our reach,” Rothberg says. “We want to be the first national personal lines and small commercial broker in the country.”

No one else is really doing that, Rothberg says. He envisions Confie Seguros someday accumulating 2,000 offices and $1 billion in revenue—all based on the same walk-in, customer-focused model that Oasis Insurance used in Latino neighborhoods in California when Confie started five years ago.

And while Soderberg has no plans to go big—she prefers to stick with her one office—she’s taking a similar crossover approach as Confie. Today about 40% of Soderberg’s business comes from Latino clients, which means 60% is still Anglo. Language barriers and cultural differences aside, serving the Latino market isn’t so unlike serving anyone else, she says. You understand people’s needs, build trust and help them find the right policies.

“It’s like any business,” Soderberg says. “Once you get your foot in the door, it’s all about building a good relationship with your customers.”

And that’s where the growth is, no matter the culture.