Discover if your firm’s compensation is competitive or too little, too late.
By Daryl Lease Posted on October 30, 2014 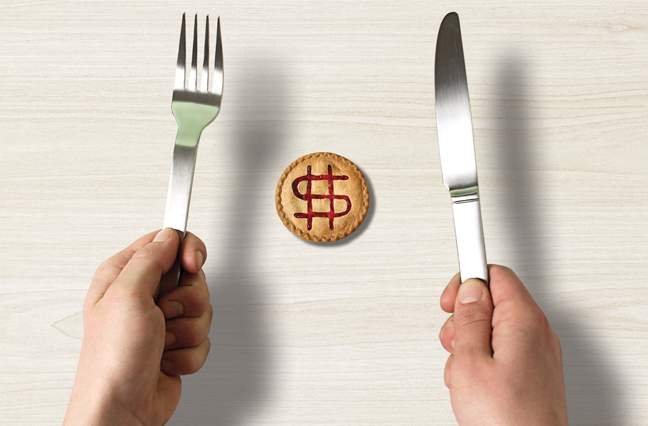 Is that a thirsty top producer over by the office water cooler? Or a slow-sipping straggler?

Every insurance brokerage firm knows who’s producing how much each year. But firms might not know whether they’re getting their money’s worth—or if their compensation packages might have been overly generous compared to what their competitors pay their producers.

That mystery is among many reasons some Council members have invited McLagan, which profiles performance and compensation in the insurance and financial services industries, to hang around their coolers a bit. Every March, McLagan kicks off a confidential survey of The Council’s 200-plus members, seeking a wide range of data on base salary, incentives, new client revenue, renewals and more for the prior year.

Typically, more than 50 firms respond—enough to generate information on 40,000 employees each of the past two years. The data cover producers, account executives, support staff and others for the previous year. By fall, participating firms receive the results—from multiple vantage points.

“We can slice it and dice it in a variety of ways,” says McLagan director Tony O’Shea, who oversees the annual survey.

We can provide a view from 12,000 feet—what’s my business doing as a whole? And we can go all the way down to look at what that individual in Miami is doing.
Stuart Main, McLagan

The data show compensation in most areas rose very little in recent years with the exception of senior validated producers. McLagan’s preliminary data for 2013 showed top senior producers earning in excess of $300,000—up from around $275,000 where compensation hovered the previous two years. However, median compensation for senior validated producers during that time was much lower at $192,100 for 2013 and slightly less for the previous two years.

Compensation range is greater than some might expect. Some brokers made as much as $500,000 annually while producing about $1.5 million in business while others earned less than $200,000 for the same level of production.

Participating companies receive a 250-page report with Excel tools that enable them to get an industry-wide overview and drill down deeper for specific information on how their business stacked up against competitors. The survey provides information on compensation and production by small, midsize and large firms, and by regions, metropolitan statistical areas and more.

“We can provide a view from 12,000 feet—what was my business doing as a whole? And we can go all the way down to look at what that individual in Miami is doing,” says McLagan managing director Stuart Main.

A chart from a recent year’s survey, for instance, offered a productivity analysis for commercial lines, showing where the high producers, mid-range producers and, toward the bottom, stragglers dwell. The latter group, for example, drew close to $300,000 in compensation and producing less than $500,000 in revenue.

With the emergence of the healthcare revolution, we’re seeing more demand on the employee benefits side.
Tony O’Shea, McLagan

The breakdown also shows, among other things, whether producers were capturing sufficient renewals and generating enough new revenue to meet the company’s goals. The survey also can be used to draw office-to-office comparisons of production and compensation.

Participating firms put the data to work in multiple ways—to help set compensation for recruiting and retaining employees, as well as address performance issues, such as encouraging stragglers to step away from the water cooler. A firm looking to make acquisitions also can use the general data to get a sense of whether a company in, say, San Diego was competitive in its market and operating at a margin that’s appealing.

O’Shea says small and midsize companies find the survey particularly useful as they grow. As they add new job titles, they need to know how much people in those positions made in a particular market. The data will tell them.
“In some instances, they have to rely on our survey,” he says. “They don’t have a way to find out how much to pay a person.” The survey’s numbers, as O’Shea points out, are an unbiased and independent assessment of recent market conditions, without the spin that some compensation estimates might include.

The annual survey also helps the industry quantify developing trends. Since McLagan began conducting the analysis in 2007, for example, O’Shea says, more employee benefits producers have stepped into view and now surpass commercial lines producers. “With the emergence of the healthcare revolution,” he says, “we’re seeing more demand on the employee benefits side.”

As companies add employee benefits, analytic readers or wellness coordinators, they can use the survey data to get a foundation for what the market was recently paying for those jobs. Participants in the survey also get an early glimpse at industry-wide conditions. This year, for example, O’Shea says it appears the industry is faring better than it has since the stock market collapse of 2008.

“If this continues,” he says, “we’ll see healthier advances for producers.” He anticipates producers will end up with advances in the high single digits, while advances for infrastructure and client support services will be in the 2% to 3% range.

Beyond the general survey, participants often ask McLagan to generate confidential, specialized consultation for their firms. These studies address specific needs, such as exploring how a firm could better structure sales incentives, target rewards, long-term incentives and salaries for rank-and-file employees.

At the moment, participation by Council members is divided evenly among small, midsize and large firms, and the survey is used by some of the industry’s most prominent companies. But The Council and McLagan would like to see a higher participation level to strengthen the depth and range of market intelligence.

In some instances, they have to rely on our survey. They don’t have a way to find out how much to pay a person.
Tony O’Shea, McLagan

With more information, every firm can strengthen its footing and, in turn, bolster the health of the industry as a whole. As McLagan describes its work, the surveys help firms “identify revenue opportunities, control costs, maximize organizational efficiency and reward employees effectively.”

For more information about obtaining this year’s survey and participating in future studies, contact O’Shea at toshea@mclagan.com.