Killing in the Name of God

We couldn’t cope with the idea of blowing yourself up to go to a happier hereafter. We didn’t realize the desperation of these people.
By Leslie Werstein Hann Posted on September 30, 2013 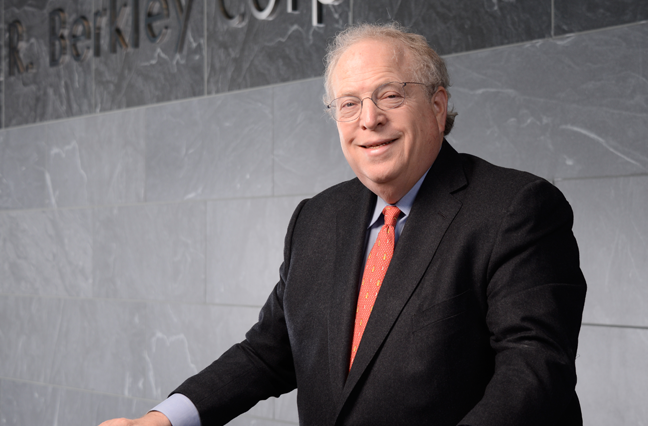 For many years, William R. Berkley has offered his knowledge, his business experience and his money to the universities that educated him and his children. Given his role as the founder, chairman and CEO of W. R. Berkley Corp., a Fortune 500 company, it’s not surprising to find his name attached to the Berkley Center for Entrepreneurship and Innovation at New York University’s Stern School of Business and the William R. Berkley Chair at Georgetown University’s McDonough School of Business. But talk with Berkley for a while, and it’s clear that his interests extend far beyond business, and so does his philanthropy. He demonstrates that through his work with the National Parks Conservation Association and his work with Achievement First, which manages charter schools in New York City and Connecticut. Beyond those interests, however, Berkley has a passion for peace and a strong sense that so much conflict stems from a lack of understanding and tolerance for different religious beliefs. In 2006, he gave Georgetown $5 million to start the Berkley Center for Religion, Peace, and World Affairs, which is dedicated to the interdisciplinary study of religion, ethics and public life. It explores global challenges of democracy, human rights, economic and social development, diplomacy, and interreligious understanding. The center’s work is guided by the overarching ideas that “a deep examination of faith and values is critical to address these challenges, and that the open engagement of religious and cultural traditions with one another can promote peace.” Leader’s Edge Managing Editor Leslie Werstein Hann sat down with Berkley recently to discuss his thoughts about world peace and the work of the Berkley Center.—Editor

Q
Leader’s Edge: How did you get the idea to start the Berkley Center for Religion, Peace and World Affairs?
A
Bill Berkley: I had been involved in Georgetown for a long time and had been impressed by its humanistic approach to the world. And as I thought about it and discussed the subject with the president of the university, Jack DeGioia, we really talked about the fact that so many people were killed in the name of God. Be it the various Muslim issues, be it various Hindu and Buddhist issues or the Crusades, for all of mankind to have killed one another in the name of God, who’s supposed to be this peace-loving, merciful being, it didn’t make any sense.

LE: Two of your children went to Georgetown. How long were you on the board before the center developed from the germ of an idea into reality?
Berkley: I was on the board of Georgetown probably for more than 10 years before we got this altogether. It was really a dialogue between the president of Georgetown and myself about how we could take Georgetown, a Catholic university founded by Jesuits but ecumenical in spirit, and bring religions together in a way that lets people have a peaceful dialogue. They had a big program in Islamic studies. They had lots of programs and studies on Judaic thought. So the idea was to bring this all together.

LE: What is your vision for what it can achieve?
Berkley: The goal is to have people talking instead of shooting. For example, a goal is to have the different groups of Muslims sit down and talk amongst themselves. It isn’t hatred of the people. It’s a lack of understanding and tolerance of someone else’s beliefs.   This is not a new thing in society. In the 16th century, the Catholic Church felt threatened by Martin Luther. But a peaceful dialogue somehow evolved.
So I think it was the simple view that it isn’t who’s right or who’s wrong. It’s how do we coexist with different views? And that’s the purpose. The purpose is to enhance the dialogue and get people to gain an understanding and a tolerance for other people’s views.

LE: In what ways did your upbringing shape this passion to help bring about world peace?
Berkley: I’ve been very fortunate. My dad died when I was 11 years old. My mother was a working mother. We had a declining economic status. And I, through a scholarship at NYU and education, was able to succeed far beyond anything I could have comprehended. And that gives you some recognition of how people think and what people feel when they don’t have things. So, I think my view has always been affected by how difficult it is for people who don’t have and how, if we can create opportunities —not give people things, but give people opportunities—we’ll have a world that will work a lot better. So I’ve spent lots of time thinking about and looking at these kinds of issues.

LE: Did you have a particular interest in religion?
Berkley: No, actually, not at all. Except it always amazed me hearing people talk about what they did in God’s name, when I always perceived God to be great and kind and all-forgiving. How could people decide they should kill others in God’s name? It was just something I couldn’t understand.

LE: In what ways has your business experience informed your perspective on this issue?
Berkley: I think that successful enterprises are built upon understanding and compromise and seeking out the optimum solution. And understanding that if it’s not your way that doesn’t mean it’s bad and you still move forward together.
For business to succeed you need predictability, you need stability. You need to have understanding so you can plan and invest. If business isn’t there, if there aren’t jobs, you have civil unrest. It’s not as though religion, peace and world affairs are independent from the real world at all. They’re an integral part of it. And it’s why it’s so important, but so difficult, for businesses to recognize they’re not removed from these things. They may be removed from one side or the other, but they’re not removed from helping to seek out peace. Because without peace there’s no prosperous economy. Without even a modest economy, there are no jobs. Then people are hungry. Then people have nothing to lose.
Americans can’t fathom people blowing themselves up for a purpose. Nothing we ever have thought about allowed us to cope with the idea that you’re going to blow yourself up and go to a happier hereafter. It totally undermined everything we thought about war and fighting. And that’s because we don’t realize the desperation of the people.

LE: So it sounds like 9/11 might have provided a spark for this project.
Berkley: Yes, absolutely. I think that it sort of brought some of the things into focus. Because 9/11 brought home the reality that the problem isn’t someplace else. The problem is here. And for people who say pull out of Afghanistan, pull out of Pakistan, it’s so easy to say. But those people from Afghanistan and Pakistan and wherever can get on a plane and they can go to an adjoining country and walk in here. We can’t guard our borders so completely. So we have to try and get the world to gain understanding and appreciate the value of peaceful dialogue. And right now we’re failing. We’re just failing.
We’ve supported all these education institutions around the world, but they have been ineffective at conveying the message of peaceful dialogue. And because of that, very large parts of the world think the way to make your point is to kill someone else.

LE: As we watch events unfold in Egypt following the military takeover of the elected government, how do you think about the Berkley Center’s role in conflicts around the world?
Berkley: The oldest structural organizations in the world are really universities. Their job is not to be instant responders. It’s not what they do. What they do is they gather information and they organize things so people can step back and consider it. I would hope that in the not-too-distant future—but that not-too-distant future for the Berkley Center means in the next 12 or 18 months, not in the next two weeks—that they help organize people to think about what happened and why. Was it really the right course of events? Why? The Berkley Center’s job is not to influence the outcome. It’s to analyze and understand.

LE: It’s really amazing how many programs the Berkley Center has and how many projects are going on within those programs. There’s a program on faith, values and public life; one on globalization; on Islam and world politics; on religion and U.S. foreign policy; and religious freedom. Is there one project or program at the Berkley Center that is closest to your heart?
Berkley: The answer is that, personally, the project that is closest to my heart is Tom [Tom Banchoff is the center’s director]. I think that it’s important that when you give money that you help to be sure the people leading the enterprise understand your vision, share your view, but you let them do it.

I’m really proud about the first thing we did, which was to support high-level dialogue between the West and the Muslim world and among Muslims themselves. I thought that was just wonderful because we in America have this distorted view that it’s Israel against the Islamic world. We have a distorted view that it’s the Christians versus the Islamic world. When it’s really, if you look at all the people that are being killed, it’s one sect of the Islamic world against another that’s really driving the death toll. And, you know, we’re stuck trying to take sides, and we don’t really even know what the sides are.

So I hope that one of the things we do is try to get people to gain understanding. If there was a word that I thought should be at the Berkley Center, it would be “understanding.”

LE: That’s not even in the title.
Berkley: No, but it is at the core of our mission.

LE: Are you hopeful about the future?
Berkley: There’s no entrepreneur who isn’t an optimist, so, of course, I’m hopeful. And at some point you say hope may not be enough. But I’m hopeful. I’m hopeful that things will get better.

LE: Is there anything else you’d like to tell us about the Berkley Center and your role as its chief benefactor?
Berkley: The Berkley Center really represents an important aspect of what I think everyone’s life should be, which is: If we all search for where we can contribute, there’s always something everyone can do to make the world a better place.