Lifestyle Famous Who Claim Us the June 2021 issue

Can one really be too macho for insurance?
By Louise Lague Posted on June 1, 2021 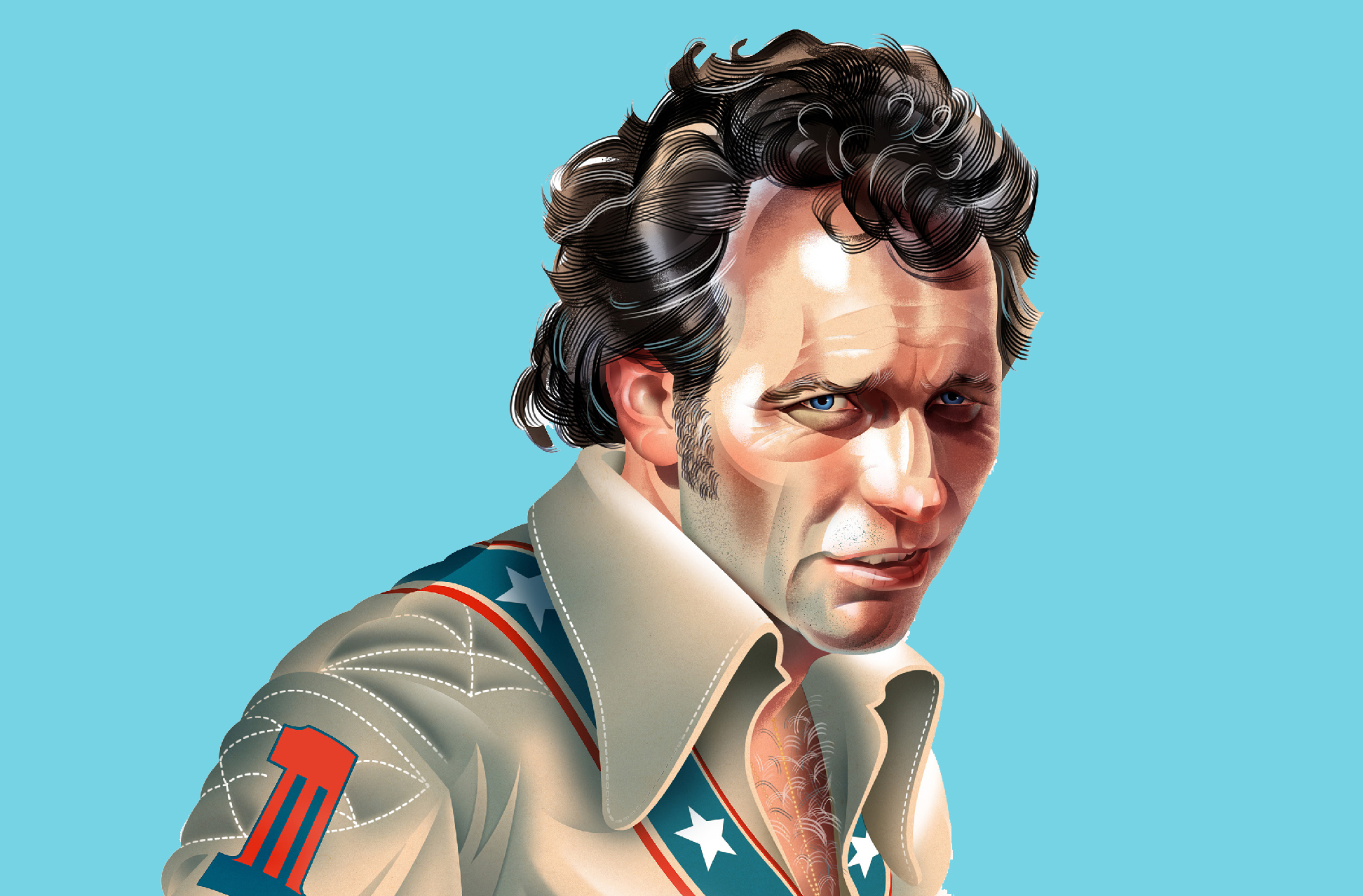 “Why?” Evel Knievel had heard the question over and over. Why did he spend 11 years jumping a motorcycle over 150 yards of big, dangerous things, like rattlesnakes, mountain lions, canyons, sharks, and Pepsi delivery trucks?

He wasn’t even that good at it, crashing so often on the landing that he broke bones 35 times, including his back twice in one year. He once hobbled off the scene with a broken pelvis, dismissing the stretcher as a vehicle for the lily-livered. “I really wanted to fly through the air,” he once reasoned. “I loved the thrill, the money, the whole macho thing.”

But it wasn’t just skill and stubbornness that made the high-school dropout’s career; it was also skills he learned while selling life insurance for the Combined Insurance Company in 1962. He read the book Success Through a Positive Mental Attitude, written by his boss W. Clement Stone, and pursued the system. (He even sold life insurance policies to several institutionalized mental patients.) His attitude was so positive that he asked to be promoted to vice president after a few months on the job, but he quit when that didn’t work out.

The industry continued to be unkind, refusing him insurance over and over again. Lloyd’s of London turned him down 37 times. And with reason: he admitted that he never ate before a jump in case he would need anesthesia before the day was over. After several retirements and severe concussions, Knievel downshifted to just marketing himself, his three movies, motorcycle toys, and the brands he endorsed. He went bankrupt in 1991, suffered a number of health issues, and ultimately passed in 2007. But he revealed the “why” before his passing: “Bones heal, chicks dig scars, pain is temporary, glory is forever.”