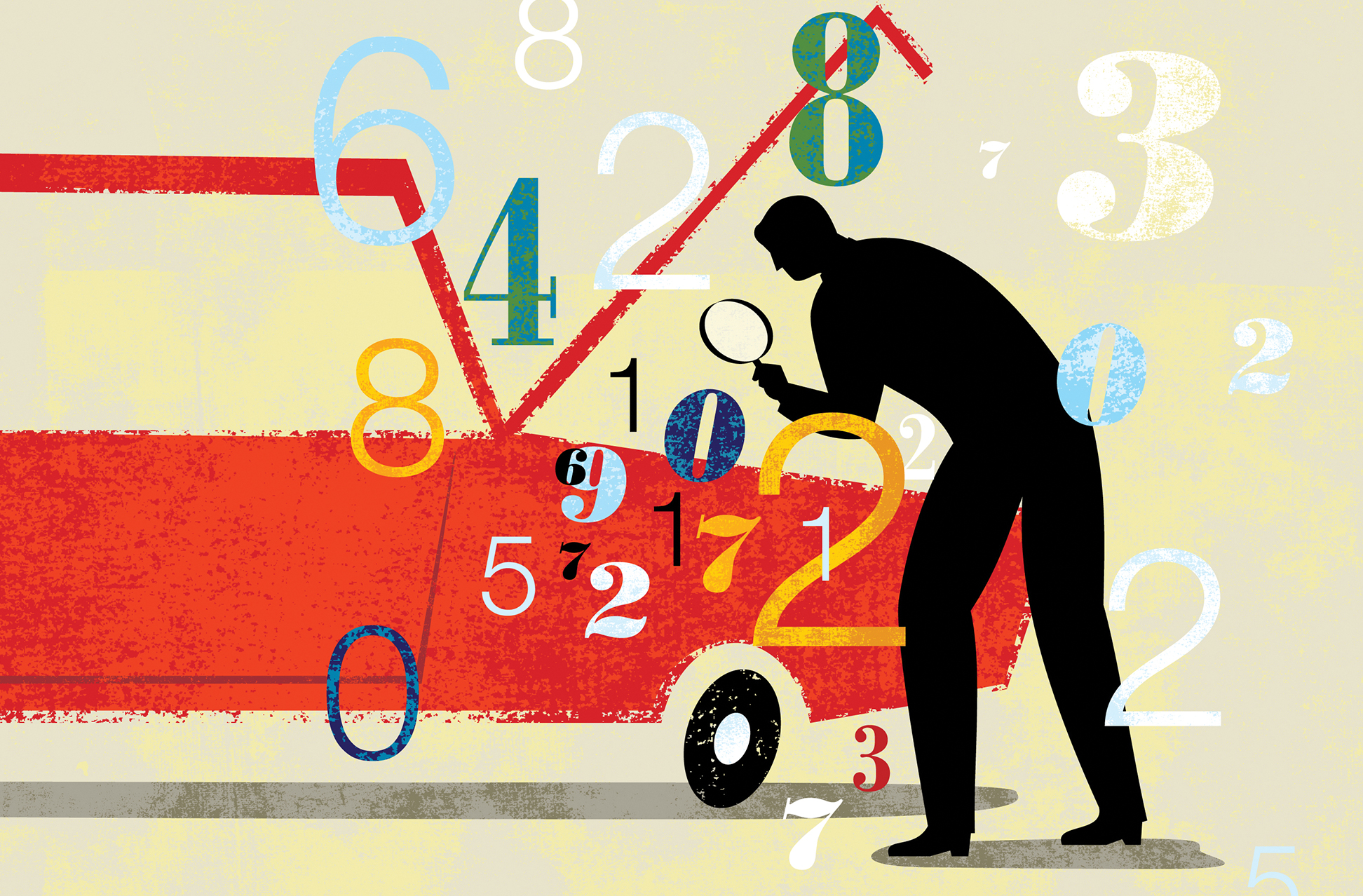 A noticeable change is taking place in the long-term care market.

The number of traditional LTC policies being issued with lifetime benefits is falling. Low interest rates are seen as the primary reason behind this, though claims are piling on for policies purchased decades ago. It all adds up to an opportunity for carriers and brokers to reevaluate this product and how it meets client needs.

For carriers, the opportunity began with preparation for the Jan. 1, 2020, implementation of the 2017 Commissioners Standard Ordinary (CSO) mortality tables. Although it primarily impacts traditional life insurance policies, the new standards caused carriers to adjust their products to reflect changes in mortality since the previous CSO update in 2001. Not surprisingly, 2017 CSO shows that policyholders are living longer and that, as a result, carriers needn’t carry as much cash reserve to meet their commitments as in years past.

But, “it’s an opportunity to look under the hood and figure out what else makes sense to change,” says Steve Cox, OneAmerica vice president of product development and pricing. This includes changes to their long-term care products.

Beyond the CSO update, Cox says, interest rates are the biggest driver behind the current LTC product changes. “We’re in an unprecedented period of sustained low interest rates, and carriers have priced their products accordingly,” says Cox. “No one can predict what will happen with interest rates in the future, but we have to adjust our pricing in a way that preserves our financial strength over the long term, regardless of what happens with interest rates.”

What’s been fueling the growth of asset-based LTC in recent years is the flexibility these products now offer for financial professionals and their clients.
Tracey Edgar, VP of sales, Care Solutions, One america

Jesse Slome, director of the American Association of Long-Term Care Insurance, says low interest rates have made it harder for carriers to generate the income needed to guarantee increasing policy benefits every year. Because carriers rely on investment earnings for their own financial strength (and thus, their ability to pay claims), the low rate environment has dampened these earnings.

“We have just entered the 11th year of historic low interest rates,” Slome says. “It’s had a huge impact. How can you expect an insurer to increase your policy benefits by 5% annually when they are earning less than 2%?”

Cox says for now there are still some carriers offering lifetime benefits options.

“Fewer carriers are offering an option for lifetime benefits,” says Cox. “This continues, however, to be an option for those who are looking to protect themselves from the risk of a catastrophic LTC experience, like with a chronic or degenerative disease requiring longer-than-average care needs, such as Alzheimer’s disease and other dementias, Parkinson’s disease and others.”

Much of the LTC business was written in the 1990s, and policyholders are reaching an age where they are filing claims. The most recent long-term care experience study from the Society of Actuaries was published in late 2015 and shows the impact the aging of America is having on LTC claims.

“Their latest study shows higher claims costs than the previous study—not surprising, given the generally rising cost of care,” says Cox. “Carriers look at this study, as well as the experience on their own book of business, when considering changes. For OneAmerica, again, providing a foundation for long-term financial strength is our goal.”

Perhaps in response to the challenging investment environment, Cox says, LTC insurance carriers appear to be concentrating more on LTC benefits than on return of premium. “In some cases, the basic return of premium level has decreased (for example, from 80% to 70%), or the time period before 100% return of premium is reached has lengthened,” he says.

Cox also says carriers are adjusting how they will cover for inflation.

“Carriers are also offering more inflation options,” he says. “This can be a good way to preserve benefits while managing overall premium costs. For instance, a 20-year inflation cap would increase the benefits level, but only for a period of 20 years. After that, the benefits level stays the same.”

We’re in an unprecedented period of sustained low interest rates, and carriers have priced their products accordingly.
steve cox, vp of product development, One America

AALTCI statistics indicate the rising popularity of asset-based LTC (ABLTC) products that combine life insurance or an annuity with long-term care. According to AALTCI, 350,000 consumers bought an LTC policy in 2018. Some 84% of those policies were asset-based, compared to just 16% of traditional LTC policies.

Most of the long-term care lines originally written in the 1990s were based on what carriers now know were flawed assumptions, most notably that interest rates would increase and that a large percentage of policyholders would let their policies lapse. When neither proved true, carriers were left on the hook for much higher claims and began increasing premiums—in some cases dramatically. Consumers then stopped buying the product because they feared spending thousands of dollars in premiums for something they might never use. Asset-based policies have been a way for carriers to entice buyers back into the long-term care market because they link long-term care benefits to the death benefit of the new policy. If a policyholder doesn’t need to spend the long-term care coverage, that money is available as a death benefit.

“What’s been fueling the growth of asset-based LTC in recent years is the flexibility these products now offer for financial professionals and their clients,” says Tracey Edgar, OneAmerica vice president of sales, Care Solutions. “There are still multi-pay and recurring premium options, flexibility with funding sources (such as annuities or qualified funds like 401(k)s or 403(b)s), and options for benefit periods, including up to lifetime benefits. ABLTC products continue to make sense for a wider variety of clients than many financial professionals might consider.”

Wade Pfau, professor of Retirement Income and director for the Retirement Income Certified Professional designation at The American College in King of Prussia, Pennsylvania, says asset-based policies are a way for policyholders to protect against unused premiums in a traditional LTC policy.

“You need to consider long-term care protection,” Pfau says. “That’s the benefit of using asset-based. You know that if you end up needing long-term care you’ll still have the death benefit available. It can be a nice way to earmark some assets for long-term care.”

Edgar says financial advisors and insurance professionals should make sure they are confident in the carrier they recommend when talking with clients.

“Financial professionals should be looking at the value of what’s being offered, not just the price,” says Edgar. “An ABLTC policy they sell today could be in effect for 20, 30, 40 years or more. Unlike stand-alone LTC, the pricing and benefits with asset-based LTC are guaranteed, so it’s important that the carrier has a strong history and is designing products to stand the test of time.

“For financial advisors, the main question they should be asking themselves is what clients do I have who haven’t protected their retirement income from the possibility of long-term care costs. Those costs can deplete assets far more quickly than manyadvisors or clients realize, and the results of that depletion can have devastating physical, financial and emotional effects for the client, their healthy spouse and their surviving family members.”

Health+Benefits Post Roe: More Questions Than Answers
Many of those questions relate to the provision of reproductive-rights related b...

Health+Benefits Alternative Coverage Investments
Employers are leaning into unconventional health plan altern...
Healthee, an AI-powered platform that helps employees better understand and utilize their health and wellness coverage, participated in the 2022 BrokerTech Ventures Accelerator. During the experience, Healthee connected with relevant channel partners and built forward-thinking relationships. Leader’s Edge caught up with Benjamin to learn more about his BTV experience and simultaneous period of rapid growth, how Healthee got its start, and where they want to go.
Health+Benefits Meet Zoe, Your Personal Health Assistant
Sponsored By BrokerTech Ventures