Centuries ago a third of Europe was wiped out by the Black Plague.
By Robert Lustig Posted on June 29, 2014 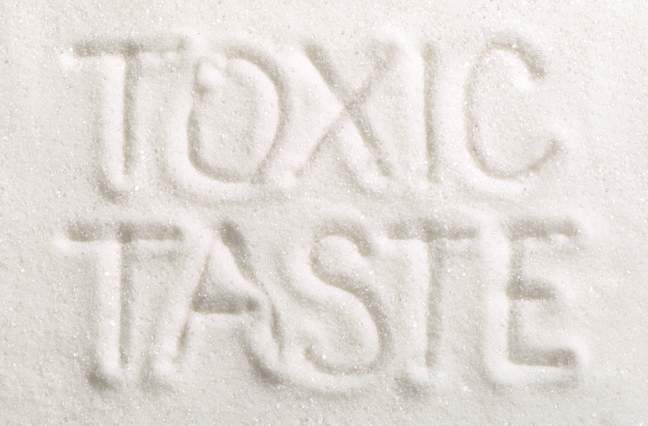 Today, half of America will be wiped out by a new plague—chronic metabolic disease—and Obamacare doesn’t address it.

Decades ago, in the salad days of health insurance, long before costs went through the roof, medical procedures became medicine’s cash cow by treating diseases with no cure—thoracotomies for lung cancer, gastrectomies for ulcers, bypasses for coronary artery disease. Doctors drove the bus, insurers responded with higher rates, and employers anted up. Patients came to expect the magic of modern medicine, even though the magic often added only six months to a patient’s life expectancy.

There was no talk of prevention. Prevention meant a cultural shift and financial suicide for the medical profession. Prevention was a zero-sum game that sounded good on bumper stickers, so it was relegated to the fringes of modern medicine—the realm of snake oil salesmen, bearded gurus and lunatics.

Denial is the most powerful of defenses. Even though costs began to get out of hand in the 1980s, the public remained in denial. The business model of necessity had to change. The onus first fell on the consumer. It quickly moved to doctors, hospitals and prescription drugs, as insurers discounted their payments. Insurers moved from health maintenance organizations to an accountable care organization (ACO) model, which dangled a carrot to coerce the medical establishment to do even more with even less.

The cost just kept getting passed on. Today, despite having the most expensive healthcare in the world ($8,608 per capita), the United States remains among the least healthy nations. In a recent survey of 17 developed nations, the U.S. came in dead last.

“This is across the lifespan and regardless of income,” says Georges Benjamin, executive director of the American Public Health Association. “A lot of people thought it was underserved populations that were driving the statistics—the poor, the uninsured. They still are a big part of our challenge, but the fact that even if you’re fairly well-to-do you still have these problems shatters that myth.”

Despite all these constraints and limitations, the percent of GDP spent on healthcare (now 17.9%) continues its unrelenting rise. The current medical business model is unsustainable. Medicare is staring at bankruptcy in 12 years.

So where did all the money go? When you do the math, Medicare’s bankruptcy is not due to physician salaries or inpatient costs or nursing costs or infrastructure expenditures or even pharma costs, all of which have recently stabilized. It’s not even due to insurance company administrative costs or profits, which have gone down. No, the inexorable drain on healthcare finances is due to the expenditures for the various aspects of chronic metabolic disease, also known as metabolic syndrome: Type 2 diabetes, heart disease, hypertension and stroke, cancer and dementia.

A lot of people thought it was underserved populations that were driving the statistics—the poor, the uninsured. They still are a big part of our challenge, but the fact that even if you’re fairly well-to-do you still have these problems shatters that myth.
Georges Benjamin, executive director, American Public Health Association

Accountable care organizations are supposed to provide carrot and stick to nudge doctors to improve the health of their patients. Yet ACOs can’t fix this problem because they have as much effect on the outcome of chronic metabolic disease as do doctors. Chronic metabolic disease is the new scourge. In 1348, the Black Plague wiped out 33% of Europe. But today the diseases of metabolic syndrome claim 50% of lives in the U.S. and generate close to 75% of the nation’s healthcare costs.

This trend is being repeated around the world, and not just in developed countries. The World Health Organization estimates 35 million people in developing countries die each year from “non-communicable disease.”

Worse yet, chronic metabolic disease doesn’t kill quickly. Diabetes, hypertension, cardiovascular disease, dementia—this is the slow and insidious downward spiral, cutting into worker productivity and profits and adding to healthcare expenditures. Today employers spend $2,750 per patient for metabolic syndrome diseases, whether the patient is sick or not. In 2012, diabetes (typically, a 20-year disease until death) and dementia (10 years until death) cost the U.S. $245 billion and $200 billion, respectively.

Yet 75% of the cost of treating metabolic diseases is potentially recoupable if we could shift away from treatment and toward prevention. And it’s not just us—the United Kingdom and Australia are in the same boat of more disease and less capital.

The final stake in the heart is Obamacare. President Obama’s Affordable Care Act of 2010 promises to cap overhead costs at 15% for insurers and place 32 million sick people on the healthcare insurance roles. He says we’ll pay for it with preventive services—go to the doctor’s office instead of the emergency room. But Obamacare provides no preventive services for the diseases of metabolic syndrome. There’s only more treatment—more statins, more antihypertensives, more diabetes medications, more money for pharmaceuticals, which is why Big Pharma has tanked its acute medicine research (on antibiotics, for example) but continues to plow billions into research on chronic medicinals, such as diabetes drugs.

Add the sick obese and the sick normal-weight people together, and it turns out more than half the U.S. population is at risk—regardless of obesity.

Obamacare will eventually result in more emergency room visits but no more money for doctors, hospitals or insurers. It will just continue down the previous path of breaking the bank. Obviously, it’s an unsustainable business model.

It is commonly accepted that our health crisis, and in turn our healthcare crisis, is all due to obesity. Ask any doctor—he’ll tell you that obesity is the cause of all these chronic metabolic diseases. But there are two reasons to rethink this dogma. First, it’s true 80% of the obese are metabolically ill—they get Type 2 diabetes, hypertension, heart disease, cancer and dementia. But that means 20% are metabolically healthy. They will live a normal life, die at a normal age, not get any of these diseases, and not cost the taxpayer a dime. They’re just fat.

The medicines may slow the downward spiral, but we reach the abyss in any case. There’s only one way out. It’s called prevention.

Lastly, the final prevailing wisdom is that the diseases of metabolic syndrome are a matter of personal responsibility: eat less, exercise more and you’ll stay free of disease, right? But how can personal responsibility explain our epidemic of obese six-month olds? Or our epidemic of obese newborns? Around the world, birth weight has increased by 200 grams (half a pound) over the past 20 years. And scanning to determine body composition shows these 200 grams are all fat tissue. You think these infants chose to be obese? Studies show these babies are seven times more likely to become obese adults. Is the six-month or the newborn personally responsible? This is not a behavior. This is an exposure, and everyone is at risk. This is a public health crisis that requires a public health response.

The U.N. secretary-general announced in 2011 his plan to target tobacco, alcohol and “bad diet.” But what about our diet? What’s gone wrong? As the United States went low-fat in the 1980s, we opted for foods that cut the fat, which ushered in the processed food “Western diet,” which has rapidly spread across the planet to become the “industrial global diet.” This is an attractive diet for its stakeholders, due to convenience, palatability, lack of depreciation and cost. But it’s killing us.
There are (at least) eight things wrong with our processed food diet:

Can’t we just solve this with a pill? Can’t Big Pharma rescue us? We’ve got pills to treat hypertension, diabetes and heart disease (not so much for cancer and dementia). And Big Pharma loves nothing better than selling chronic therapies for chronic diseases. The medicines may slow the downward spiral, but we reach the abyss in any case. There’s only one way out. It’s called prevention—a one-word name for real food.

Marketing makes up 81% of all processed food costs. Only 19% of the cost is for the food itself. It’s tasty, it’s cheap and it’s killing us. And it’s marketed around the world.

These days the world wants only four things from America: weapons, blue jeans, entertainment and food. These are the items the United Arab Emirates imports from us—and they now have 80% obesity and 18% diabetes. The federal government doesn’t want to acknowledge our food supply is a problem because 6% of our exports are (processed) food, which is worth $56 billion to the federal government in annual tax revenues.

Big Food knows it has a problem. An executive of a very large food corporation told me, “We can change. We had to change in the 1980s when we went low-fat—with two provisos: We won’t go it alone, and we can’t lose money.” No company will go it alone again—not after Campbell’s Soup lost its shirt by reducing its salt content and profits as well. And shareholders are making too much money with their current business model.

In 2011, Pepsico introduced its Good-for-You line of products, including Nut Harvest and Quaker, and proceeded to lose $349 million. “You can’t take your eye off the ball,” one industry analyst was quoted as saying in The Wall Street Journal, “which it seems like management has done.”

This isn’t chicken feed—there’s $1 trillion annually at stake. The food industry didn’t make the rules, but it has figured out how to play by them. In the 1960s, the U.S. government paid farmers not to grow certain crops to artificially prop up prices. But President Nixon knew that fluctuating food prices cause political unrest. In 1971, he instructed Secretary of Agriculture Earl Butz to find ways to make food cheap. Butz admonished the farmers: “Row to row, furrow to furrow,” and “Get big or get out.”

Now we have an industrial business model that reflects our industrial global diet. What we need is a new food business model in which the industry is rewarded for quality rather than quantity and where all companies comply together so none are put at a competitive disadvantage.

In 2011, Pepsico introduced its Good-for-You line of products, including Nut Harvest and Quaker oatmeal, and proceeded to lose $349 million.

Government helped foment our dietary debacle, and government could help us overcome it. But government is co-opted by its financial dependence on the industrial global diet.

So who’s left? Doctors and insurers were always on opposite sides. Insurers thought doctors carelessly spent medical dollars. Doctors demanded all modes of therapy for their patients—some economically questionable. But Obamacare redrew the lines of engagement. On one side today is the food industry, the drug industry, the White House and Congress—all promoting the status quo unless another business model surfaces. Everyone else opposes them: doctors, carriers, lawyers, employers and the American people. Imagine that—carriers and lawyers on the same side.

In less than an average lifetime, we have watched the financial priorities shift in healthcare and its related industries. It is ironic that at one time treating those who consumed unhealthy food was the financial salvation for the medicine profession, while producing healthy food was considered financial suicide for the food and beverage industry. But no more. Only prevention—by advocating for better food—can save the world’s population, the medical profession and the health insurance industry from financial ruin. The concept of personal responsibility is clearly offset by equilateral corporate responsibility.

Politics truly makes strange bedfellows. All of a sudden, we doctors now have some very powerful and influential friends. Yet we all stand to lose from our current dietary, medical and political debacle. 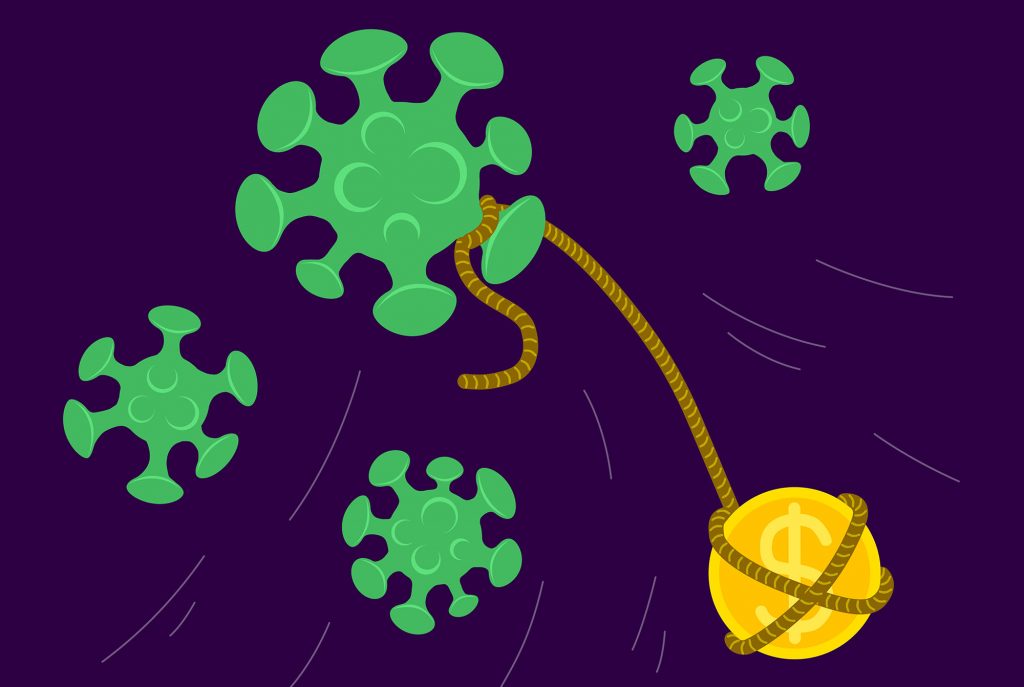