Q&A with Claros Analytics
By Katie King Posted on August 10, 2020 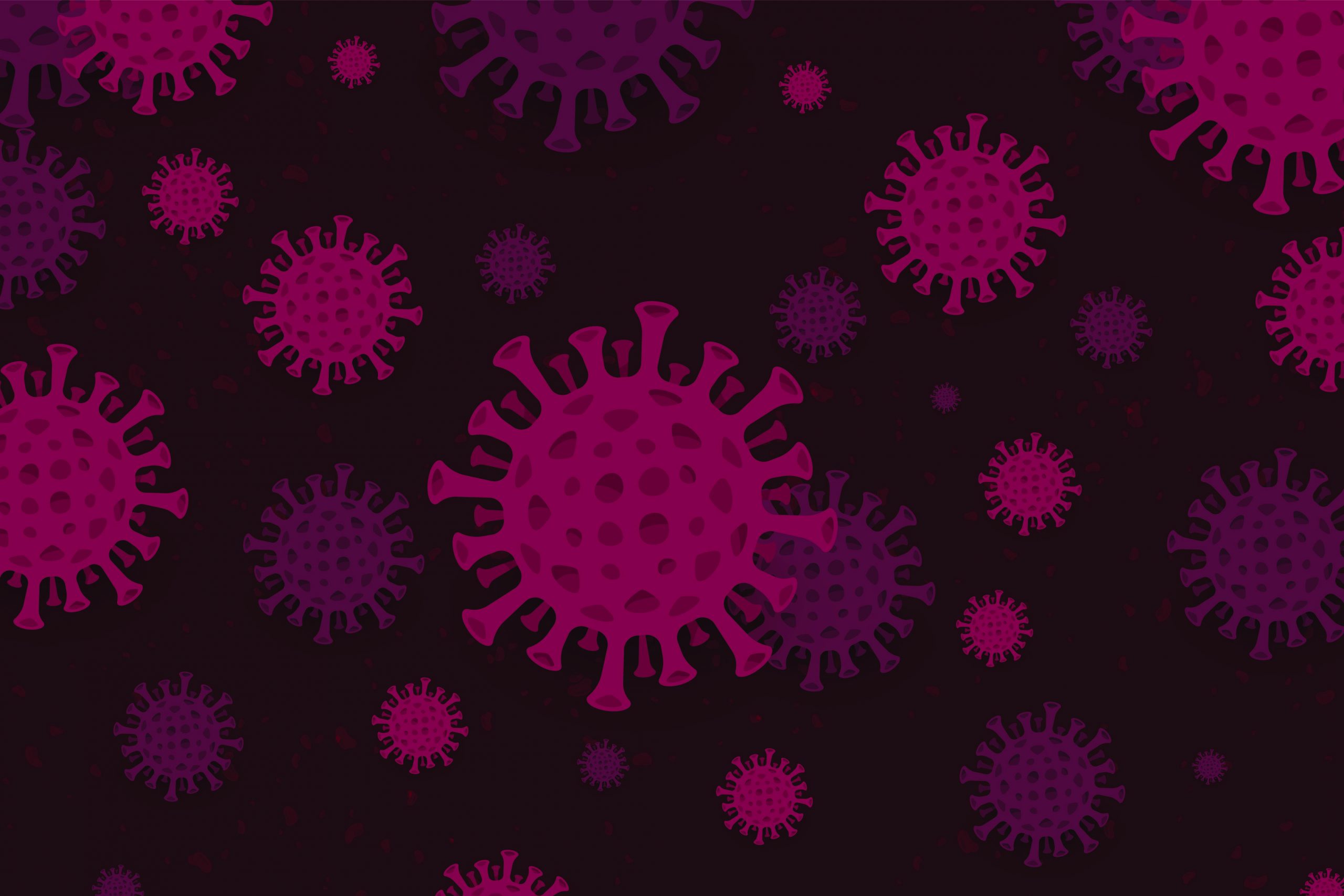 In the second of a two-part series, Leader’s Edge sat down with the Claros Analytics team: Todd Owen, President & CEO; Gary Miller, Head Actuary; and Dan Wolsk, Chief Revenue Officer. They talked 2021 budget conversations, the pros and cons of claims data, and why it’s a good time to consider a self-funded approach.

Q
Given the variance between fully and self-insured costs in 2020, what are the key factors in deciding to move to a self-insured approach next year?
A
Owen: I think it’s worthwhile to frame this question to say how it’s impacted carriers and [employer] groups this year. We’re starting to see that play out in terms of the difference and experience between fully insured versus self-funded versus stop-loss carriers.

Wolsk: At a national level we are starting to see insurers report Q2 financials. UnitedHealthcare reported record profits for Q2, and Anthem reported exactly the same thing. The reason is that utilization in April was down 40%. That tells us that the fully insured carriers are doing quite well during this period. We’ve heard anecdotally efforts being made to rebate those fully insured groups, but they aren’t significant enough to affect the carriers’ profits. On the other hand, everyone who is self-insured has seen costs go down dramatically.

Miller: What Dan is saying is that if you’re fully insured, you’re paying the same premium rates, whereas the self-funded groups would actually realize a surplus, in the same way that the insurance carriers have experienced a windfall.

Owen: We’re not going out and saying we expect there to be a 40% drop in utilization on an ongoing basis, but the advantages of being self-insured are a greater degree of control over plan structure, more control in how the plan is administered, but also the financial control.

Miller: Let’s say we went through another shelter in place. If you’re self-funded, you have more control over the claims. We learned a lot from the first round [of claims we saw earlier this year]. You could have an outreach [strategy] to make sure people who have conditions aren’t ignoring them—if they need services, to get them. It’s a much better opportunity to manage your population’s health. In a full-insured environment, you would pay the carrier to do all of that.

Q
With many people forgoing care, it makes you wonder how those with chronic conditions will fare during this time and how that will translate to cost increases down the road.
A
Miller: We’re doing an extensive amount of research on chronic conditions and what happens when a person’s health deteriorates. It is significant. It is a quantum change in cost. There’s the possibility of developing additional comorbidities. That explains so much of an individual’s cost.

Owen: There’s another dimension to this as well. If employees or their families have chronic conditions, that has an impact on overall cost, but that also has impact on wellness and productivity. It’s about having an effective organization and effective members within it. Employees have to feel like their employer has their interests at heart; there’s going to be a sense of loyalty and an alignment with the employer. This benefits the employer as they’re proactively helping their employees to maintain their health.

Q
As a result of the economic crisis and rising unemployment, there could be a large migration from employer-sponsored health plans to individual insurance health plans or government-run plans, resulting in potential cost-shifting onto private payers. What factors would be important in modeling the impact of that shift on healthcare costs?
A
Miller: We’ve seen 40 million people displaced from their jobs—a change in employee population, where individuals move away from employer-sponsored coverage and are moving into something else. There are several “something else’s” out there. The economic impact is more difficult.

If those individuals leaving the employer-sponsored system are not seeking coverage in the individual market, some may be eligible for Medicaid or Medicare. There are cost-shifting possibilities there. Those public programs dictate trend—there’s also a selection issue with COBRA, and obviously it’s very expensive. Anyone who remains on COBRA typically needs it. From the employer group’s perspective, it tends to raise average costs. If you have a subset of individuals leave the employer-sponsored system, you could have good risks leave and do something else, including not getting coverage at all. That leads to uncompensated care—that could definitely impact costs. Hospitals that can’t collect bills have to shift the costs to the rest of us.

Wolsk: On a related point, reduction in utilization has had dramatically negative impacts on the provider sector. We’re prepared for there to be upward pressure on negotiated rates as these providers try to financially re-balance themselves. If there’s an increase in enrollment in the government-funded programs or uninsured patients who end up requiring care they can’t pay for, all of this is creating financial pressures on providers that they may then seek to get higher reimbursement from their commercial populations.

Q
How can brokers approach budget conversations with clients given not only changes in group size and utilization, but also a shift in market dynamics?
A
Miller: Plan advisors are dealing with two anomaly years: one year in which costs are lower, and then at some point, another [year] when we could see a bump in utilization as it reaches pre-COVID levels. We don’t think the bump will be the reciprocal of the lower utilization. Some services that have been delayed or put off will be made up, though. What we’re advising is that during the budgeting process, act as if COVID did not happen. Our actuarial assistant tool allows you to look at short- and long-term impact through scenario planning. It’s a thought experiment to look at each category (like inpatient medical, surgical, maternity, etc.) and determine the impact. You’re able to calculate your budget surplus and quantify it every month moving forward.

We also recommend having a tracking system where you can look at utilization and average cost per service. That will help to see when it crosses over to become hyper-normal utilization.

It also allows the broker, consultant, or advisor to think through all of the variables that could impact a group or budget, such as the average age of the population and how many people left the population and aren’t returning to work.

Owen: The projected decline of utilization [pictured above] is a function of COVID. We’re able to look at a range of scenarios and model the impact of changes in utilization depending on the service category. Scenarios range from low to high based on the budgeted claims for the year. We can also play with the period over which we expect to see an impact based on the depressed and elevated utilization.

Q
Within the plan design process, how could you run a “what if” scenario on the cost-sharing implications of behavioral health?
A
Miller: Modeling the impact of a mental health and substance abuse change is very easy in our Actuarial Assistant (AA). We have several variables to measure mental health costs as a part of overall plan costs. Inpatient mental health, substance abuse, the physician component to both of those variables. The more difficult task is determining what the impact is. We recommend close monitoring in real time, monthly, if possible. It would be important to look at a baseline utilization for these categories from prior experience. Then monitor the utilization (per 1,000) for these categories during the next several months and beyond. For example, if mental health utilization went up by 10% it is very easy to see the financial impact of that increase in AA. Likewise, a similar exercise can be done with substance abuse. You’ll then see a cost to the plan as a result of the utilization change. Again, the hard part is thinking through and collecting the information to set the assumption – how much have mental health and substance abuse costs been impacted by COVID?

Wolsk: There’s a common thread in this conversation: what we’ve seen are dramatic changes to factors in these calculations that, in the past, have been stable and predictable, and [are now] uncertain. Group sizes are changing, and utilization patterns are unpredictable. We’re suggesting that having access to your claims data gives you dramatically better insight, but we’re also saying that relying on past claims is not a particularly good approach to forecasting right now. There’s a paradox. The predictability that we’ve become accustomed to seeing is absent during this time. You need to tease out these factors in order to model a “what-if” scenario, accepting that we don’t yet know when utilization will rebound.

Q
What is one strategy or idea you’ll start implementing due to the pandemic, and one you would stop? This can be personally, professionally, or industry-related.
A
Owen: I think we’re fortunate that we had previously put in place an infrastructure to facilitate communication to make it easier to share information and collaborate virtually. Our team is spread out geographically. I’m glad we’ve addressed the question, “what does your workplace look like?” The learning curve is not tremendously steep; we’ve all learned to engage virtually. We put that in place out of necessity, but it has served us well.

Coming around to the professional piece of this: when we think about health benefits, I want to highlight claims analytics. We predict costs by doing prospective modeling. However, in addition to that, there’s a lot of value in having a window into the claims data to understand how to identify those in the population who are more at risk. Understanding how members are engaging with the health plan and utilizing the services offered allows [brokers] to be proactive with what they learn from the data.