The GOP created this mess. Now it has to live with the consequences and find a solution.
By Joel Kopperud Posted on April 1, 2015 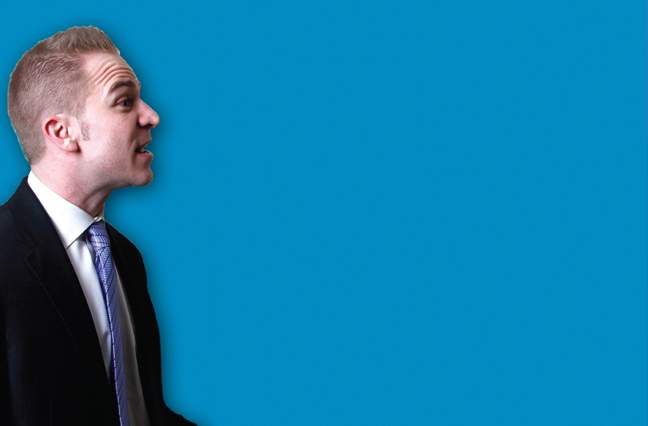 Senate majority leader Mitch McConnell, R-Ky., finally has the job he fought for nearly his entire adult life. He now occupies the majority leader’s office in the U.S. Senate, leading the Republican-controlled body at a time when his party also has a record majority in the House. This makes him one of the most powerful people in Washington. Coming in on the heels of the most dysfunctional Congress in modern American history, he promised change.

He now intends to find common ground with Democrats and wants to move the country forward, out of the partisan gridlock that plagued the Capitol for the past five years (despite his earlier, destructive rhetoric that his sole intention as minority leader was to make President Obama a one-term president). That’s a grand goal, and we all hope he succeeds. Yet his own party could very well keep him from achieving it. The political fallout of the King v. Burwell decision could be a defining moment for the majority leader and a real test for the GOP. And, to the contrary of Joel Wood’s partisan rhetoric, this is actually the best thing Democrats could have asked for and, ironically, the best thing for the ACA itself.

The looming Supreme Court decision about federal subsidies for insurance exchange premiums will be one of the most critical tests of the Republican majority. It could even be the defining issue in the 2016 election.

For years now, the GOP has tried to do nothing but repeal the ACA. House Speaker John Boehner, R-Ohio, has led his chamber to more than 50 comically futile votes to repeal the law with no real plans for replacing it. The Supreme Court upheld mandates. The exchanges are up and running with subsidies flowing. And the administration, industry stakeholders and the entire country are moving forward with difficult implementation and compliance efforts. All seemed lost for the GOP in the ACA fight—until now.

Of course, if you ask any of the law’s authors, they scoff at the idea, saying they designed the law to enable any American below a certain income level to have access to the subsidies. It is income levels that determine access to subsidies, not regional residency. In fact, the entire goal of the ACA was to increase access and affordability to health insurance.

I suspect most Americans following the ACA debate would agree with that. But Supreme Court watchers believe Chief Justice John Roberts, who initially saved the ACA over questions regarding the mandate penalties, will be the deciding vote that favors King. The pressure he faces from the GOP for such a decision is huge. And despite Democratic misgivings of such a decision, it will be an unfortunate political gift.

If King wins, 7.5 million Americans who live in 34 states lose their access to insurance subsidies, and you might as well say many will lose access to health insurance altogether. Healthier individuals will likely opt out of purchasing coverage, leaving only sicker individuals in the pool (if they can somehow afford it). The cost of coverage will increase by a predicted 225%, and insurers, hospitals and taxpayers will be on the hook.

And all but eight legislatures in these states will have adjourned for the year by the time the decision is expected.

The GOP will need to move fast to keep chaos from ensuing, but it’s going to be difficult. The administration’s hands are tied on how to fix this, but if there’s anything that Health and Human Services Secretary Sylvia Burwell is good at, it is messaging. And her message to the GOP Congress will be clear. The GOP asked for this.

Now they got it. What are they going to do with it? This is a problem that now only Congress can fix.

For McConnell and Boehner, this is actually a political nightmare. And they’re both very nervous that they might actually get what they asked for.

The last thing these leaders need is another crisis. The Republican Party is so splintered between true-believer Tea Partiers and “centrist conservatives” that they battle over whether to keep the Department of Homeland Security operating.

The congressional schedule is already riddled with headaches for the caucus. McConnell and Boehner struggle to increase the debt ceiling (the true believers would rather shut down the government than continue borrowing from China), they struggle to reauthorize the export-import bank (true believers would rather the federal government stay out of the private markets rather than protect hundreds of thousands of American jobs), and they will struggle to fund the government for 2016. Now, they could force themselves into a struggle to actually fix Obamacare. If they fail, the markets face chaos.

President Obama and congressional Democrats will undoubtedly sit on their hands, watching GOP leaders trip over themselves attempting to fix what they fought so hard to unwind, while trying to prove to the American public they can actually act like grownups and govern.

The political picture couldn’t be any clearer. It will look as though the Republicans are so self-righteously focused on undoing the ACA that they completely disregard the economic impact of their actions and continue to carelessly put partisan politics over economic progress.

In a tamer environment, adult legislators in both parties might convene to craft a centrist bill that would provide tax credits to the 7.5 million Americans facing increased premiums, in conjunction with a series of other fixes sought by industry and consumer groups—like a fix to the Cadillac tax and the medical device tax, clarity on wellness programs, a final fix to the sustainable growth rate (SGR) doc-pay issue, and the plethora of other health-related issues that need to be addressed. But that’s not likely to happen.

Walking into this fold will be Hillary Clinton, Jeb Bush, Scott Walker, Mike Huckabee and the rest of the presidential hopefuls. A contentious Republican presidential primary isn’t going to help Boehner and McConnell, and the unified congressional Democrats stand to only strengthen the Democratic presidential candidate.

And so it is unfortunate that McConnell finally achieved his lifelong dream only to face so many complicated political headaches that could define his legacy. It will be even more unfortunate if the American public falls victim again to the GOP’s split personality. The only silver lining to a court decision favoring King will either be the unlikely preservation of the ACA by the GOP’s own hands or a groundswell of support for a Democratic adult in the White House.