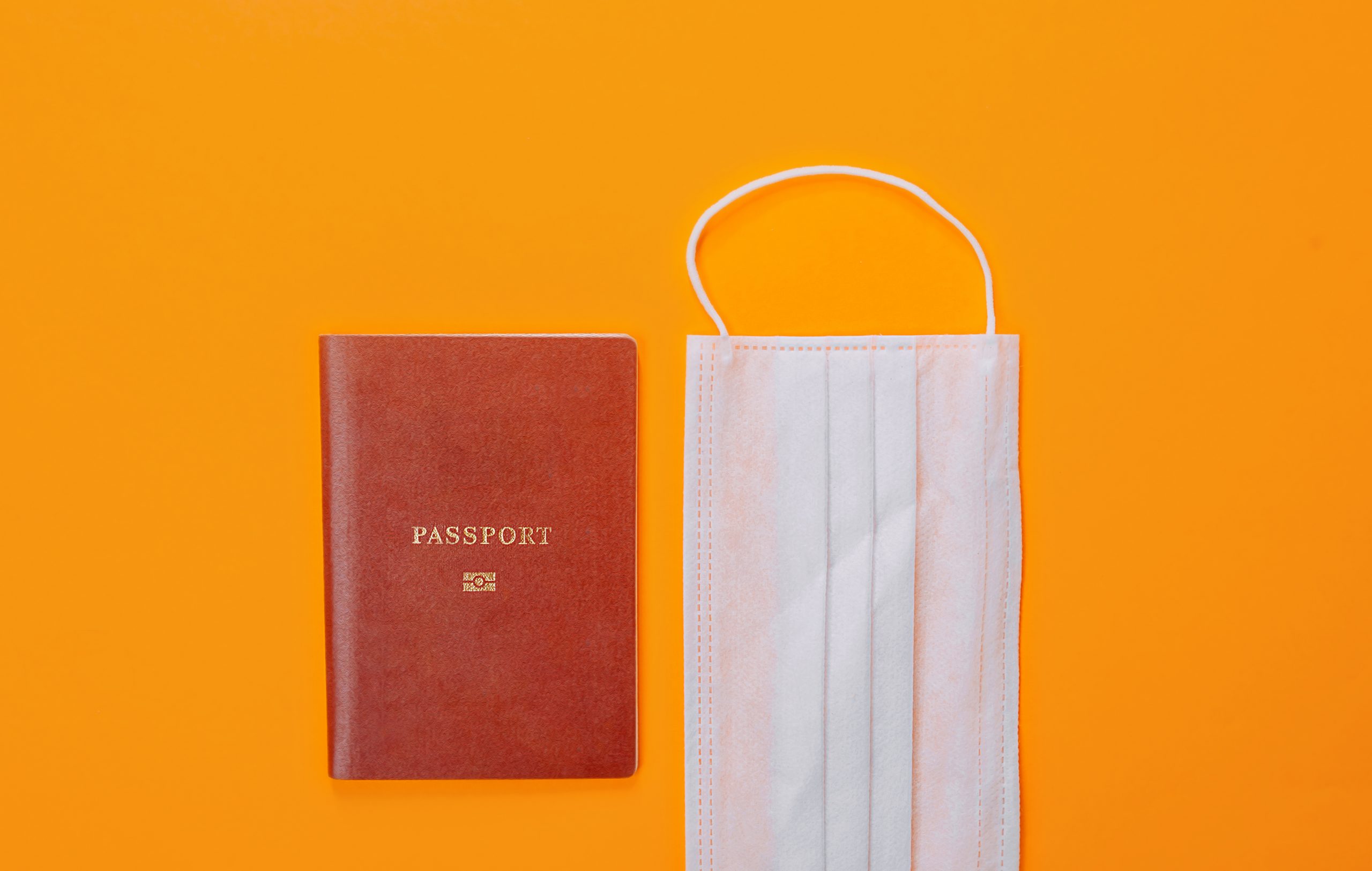 For many business people, a handshake is an important part of forming a professional relationship.

It’s not just a best practice; it’s also based in science, as our brain releases the hormone Oxytocin which makes us feel good when we make human contact. However, handshaking along with most forms of physical contact have been put on hold in 2020 due to COVID-19.

International business travelers have been heavily starved of handshakes and in-person contact as global air travel is down 85% from last year according to Newsweek. While some businesses continue to send employees abroad, most other companies are looking toward the end of the year and into 2021 to resume international travel, timing their decision with the potential for a coronavirus vaccine.

Still, international business travelers face risks. Governments around the world have put in place various policies for foreign travelers visiting their nations. Some countries allow international travel within their regions, while others only permit specific cases of students, family or workers in and out of their domains.

“Governments are increasingly worried about COVID-19 infections coming from abroad,” said Philippe de Dreuzy, senior vice president and global consulting practice leader at Alliant Employee Benefits. “Although the U.S. government cannot bar U.S. citizens to come back home, they may be required to be in quarantine for 14 days at home. On the other hand, business travelers might also face problems meeting business colleagues at their travel destination.”

As brokers, we hear that carriers are doing great because premiums are still coming in and claims are down. Employers seem reluctant to cancel Business Travel Accident coverage because they hope employees will be back on the road soon.
Philippe de Dreuzy, senior vice president and global consulting practice leader at Alliant Employee Benefits

According to de Dreuzy, if a company sends employees to travel internationally a knowledgeable human recourses department equipped with a good business travel accident (BTA) policy will go a long way in protecting them. “Business travelers need to have a good insurance BTA package to be treated locally or potentially medically evacuated if things get worse,” de Dreuzy said. “That said, there is a myth among American travelers that healthcare outside of the U.S. is not good. It’s true in some parts of the world but not everywhere. HR needs to educate them on what to expect when they land and what needs to be done if they get sick traveling. Many insurance carriers would accept evacuation to the next country where care is adequate, not necessarily back to the U.S.”

In addition to the health risks associated with international travel for employees, the disruption caused by COVID-19 has heavily impacted the schedules and routes to destinations.

“If they are caught up in a zone with a high rate of infection, it is possible that flights or travel plans home could be disrupted, or that they may not be able to travel as expected when they arrive,” said John Griffin, president of Sterling Capital Brokers. “There is significant potential disruption to travel plans and it is largely unpredictable.”

With travel down, the extent to which premiums for coverage benefits have been affected by international businesses that depend on sending their employees abroad has varied. “We are getting mixed signals here,” de Dreuzy said. “As brokers, we hear that carriers are doing great because premiums are still coming in and claims are down. Employers seem reluctant to cancel BTA coverage because they hope employees will be back on the road soon. A premium holiday is also common.”

While this pandemic has impacted the health of people around the world, it has also affected global economies and potentially more.

“With the start of the outbreak in Wuhan [China], and the escalation to a pandemic a few weeks later, we have had to put increasing efforts in tracking medical risks and associated travel disruptions,” said Emanuele Scansani, director of partnerships and strategy relations at Riskline, which helps business travelers mitigate risk. “We are still tracking very carefully all other risk categories. We predict that the social and economic impact of the COVID-19 pandemic will result in civil unrest and political change, international as well as domestic, around the world. The worst may be yet to come.”

According to the International Monetary Fund, the global economy is projected to recede by 3% in 2020, which de Dreuzy believes is already having a direct effect on global unrest. “Regarding the supposition that the financial impact is creating civil unrest, I would challenge that the demonstrations in Belarus, Lebanon, and the U.S. are due to financial impacts on COVID,” de Dreuzy said.

With travelers around the world susceptible to civil unrest and demonstrations, Matt Bradley, regional security director of Americas for International SOS, which also aides business travelers, says he advises clients traveling abroad to be vigilant and avoid protests.

“We’re never telling people that they shouldn’t demonstrate in their own country for a cause that they believe in a way that is legal and acceptable in their jurisdiction,” Bradley said. “When we have to caution them is when there is a risk where there could be a confrontation. They need to be aware of that risk. And when this happens, then they need to know what to do.”

Will a Vaccine Bring Change?

There is a tremendous amount of emphasis and pressure being placed on the speed of the vaccine effort. Will something for the coronavirus be available and widely distributed by America’s election day, Thanksgiving, or Christmas? And when a vaccine is found when will it be safe for employees to travel internationally again? According to Griffin, conversations with multiple clients have led him to believe that the new normal of web and video calls taking place from employees’ homes will likely continue after a vaccine is distributed. “In North America, adherence to vaccines is relatively low,” Griffin said. “A vaccine itself is not likely to create the conditions that would make the pandemic go away fast. I do not think business travel will ever return to what had been considered normal. Business travel will resume, but at a far reduced rate. Whether that travel ends up being 50% or 25% of prior figures remains to be seen, but I do think we need to align ourselves to an evolving ‘new normal’ for the idea of business travel, with or without a vaccine.”

When it comes to current international travel, each country has its own stance on who are allowed inside their borders and why, driven heavily by case rate. Bradley suspects that once a vaccine is in play, governments may decide which travelers to accept into their boarders by their countries’ vaccine rates.

“In those countries where you have a higher rate of people taking the vaccine, maybe because they’re obligated by their government, your COVID-19 risks might go down,” Bradley said. “But they will be stricter, most likely on people who are visiting from locations that are less strict on the vaccine.”

According to Riskline’s Scansani, the development of a vaccine “will just be a milestone moment in the unprecedented crisis in which we’re living, but it will not be the end. The reasons to doubt are multiple; from the intense, often politically driven, rush to find one, to the uncertainty over the number of doses required to ensure lasting immunity. Also, the virus has by now developed multiple different strains in different regions across the globe, and it is yet unclear whether different strains will require different vaccines.”

Scansani also believes mandatory 14-day quarantines will continue until country populations are considered immune from COVID-19. The vaccine itself may also be disproportionately distributed by countries based on their resources and vaccination programs. Thus, poorer countries could face a longer pandemic than others due to access.

It is impossible to say for certain how accessible and safe international business travel will be going forward. Consumer confidence will depend on the world reaction to distributing and taking the vaccine. “I feel that business travel will come back quickly if a vaccine is fully available. But according to labs, mass production will take a long time,” de Dreuzy said. “This is really unchartered territory at this point.”