For patients and providers, tech is making inroads into this epidemic.
By Carla Smith Posted on October 23, 2019 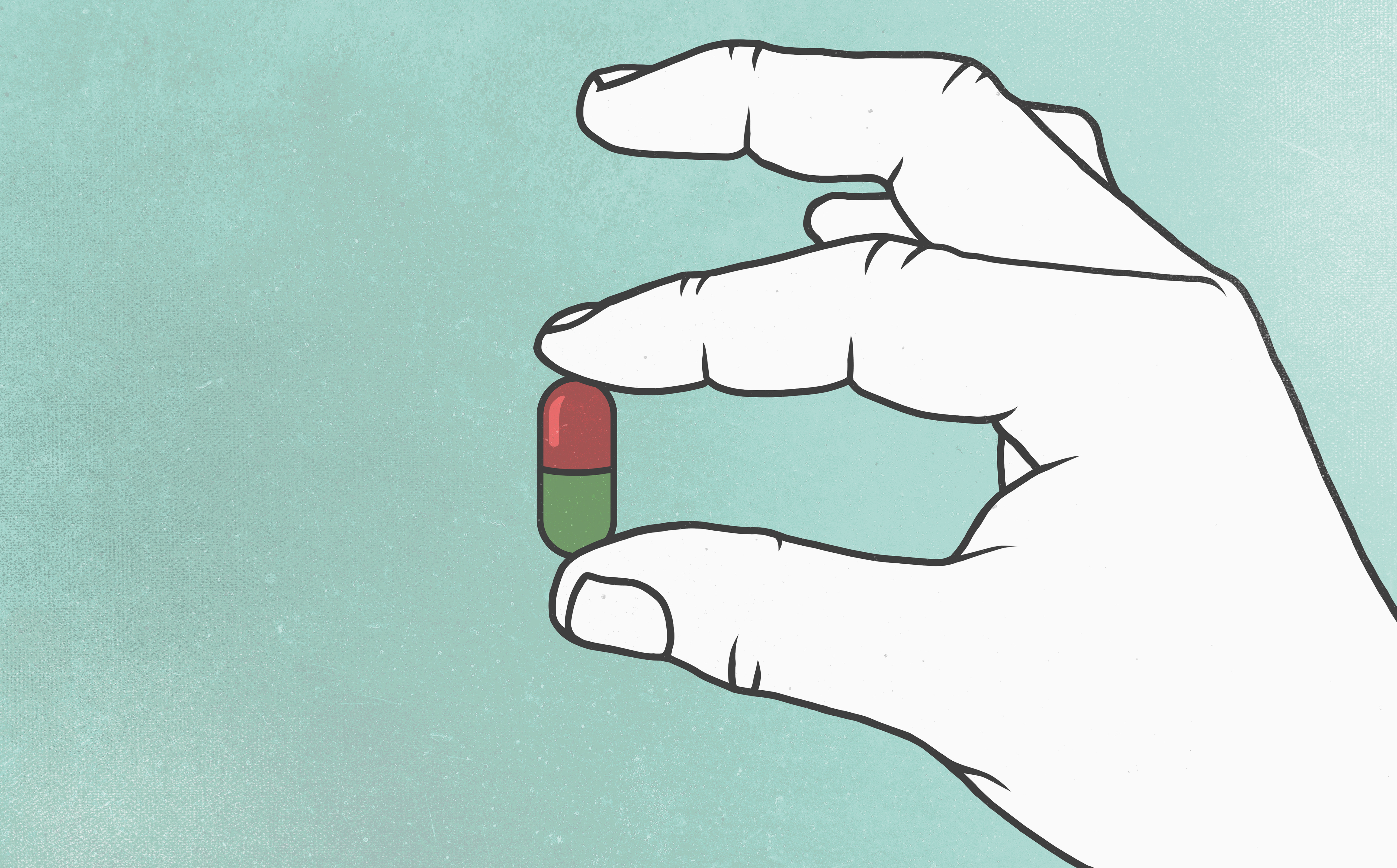 With more than 130 Americans dying daily from an opioid-related overdose, this public health crisis is real.

The opioid epidemic touches almost everyone in some way, whether a family member, friend, or co-worker, from high school students to senior citizens.

Health plans and employers play a vital role in addressing the opioid crisis. By helping plan members suffering from opioid abuse gain access to digital health technologies, they can help streamline, simplify and increase access to treatment for opioid use disorder as well as help prevent it in the first place.

For patients in rural and underserved areas, face-to-face access to healthcare providers trained in opioid use disorder is very difficult, if not impossible. And rural communities are among the hardest hit by the opioid epidemic. Clinical and behavioral telehealth services provide a solution for this problem. For example, a 2018 study from Harvard Medical School identified telehealth as a “missed opportunity” for opioid abuse treatment. Further, Harvard reported that less than 0.1% of substance abuse disorder visits happen through telehealth. Expanding the access that employees and their families have to telehealth can help ensure the right clinical and behavioral health interventions occur when most needed.

Public-private partnerships are playing a role in the effort to change this. Through its Airband Initiative, Microsoft is working to bring broadband connectivity to three million unserved rural Americans. And the company is now partnering with the Department of Veterans Affairs to identify rural communities with veterans in need and working to bring broadband services to those regions. Access to telehealth services is one of the major drivers of this initiative, and Microsoft notes that it will also provide veterans in these newly connected communities with digital skills training so they can take advantage of the tools and services connectivity enables, including critical clinical and behavioral telehealth services provided by the VA.

In May, a partnership between American Well, Anthem and Samsung Electronics America was announced. With this alliance, patients on the Anthem health plan can use the most recent Samsung Health app to access American Well’s LiveHealth online to video chat with a healthcare provider.

And in July, the Centers for Medicare & Medicaid Services proposed rules for Medicare to cover telehealth services for certified opioid treatment programs, including counseling and therapy as part of bundled payments. These options were included in Section 2005 of the SUPPORT Act signed by President Trump in October 2018. CMS is now reviewing all the comments received from the public; expect the final rules to be published sometime in 2020.

In one startling example that appeared in a 2018 report published by Visante and Point-of-Care Partners, a patient in Washington, D.C., received prescriptions for opioids from 42 different prescribers and filled them at 37 different pharmacies in a year.

While virtual access to needed care is crucial for those suffering from opioid abuse or other related health issues, such as chronic pain, technology can also help fight opioid abuse from another angle—overprescribing.

The use of prescription drug monitoring programs (PDMPs) continues to grow and show promise in improving opioid prescribing. PDMPs are state-based electronic databases that contain information on controlled substance prescriptions dispensed by pharmacies and prescribers. When the state PDMP integrates into a healthcare system’s electronic health record (EHR), prescribers have the data they need to ascertain the prior prescription use of opioids by their patients. In addition, such knowledge can help clinicians understand when the prescribed use of medication-assistance treatments (such as buprenorphine) or opioid antagonists (such as Naloxone) to counter the effects of an opioid overdose are clinically indicated. These technological connections to health information appear to be making a difference. According to the American Medical Association:

In December 2016, the Pew Charitable Trust reported that states are taking notice and investing in the integration of these systems. Beginning in 2015, Ohio has provided $1.5 million annually to fund providers, pharmacies and vendors integrating Ohio’s PDMP with EHRs and pharmacy systems. And California invested $3.9 million into rebuilding its PDMP. Today, more prescribers have electronic access to high-risk alert dashboards on patients who may be using controlled substances.

In a pilot study reported by CDC’s Office of the National Coordinator for Health IT, thanks to technological connections between the PDMP and pharmacy modules in EHRs, prescribers were provided an early indicator as to whether special attention should be paid to a patient’s controlled-substance history. For the 9% of cases in which the system displayed alerts notifying providers that the patient was at a high risk for opioid abuse, 75% of those patients received no opioid prescription.

Electronic prescribing of controlled substances can also make an enormous difference in opioid use. Data from Surescripts show that only 31% of prescriptions for controlled substances were sent electronically in 2018. In comparison, Surescripts reports that 85% of all prescriptions in that same time frame were electronic. In one startling example that appeared in a 2018 report published by Visante and Point-of-Care Partners, a patient in Washington, D.C., received prescriptions for opioids from 42 different prescribers and filled them at 37 different pharmacies in a year. The situation was discovered once e-prescribing was implemented and data analytics applied.

Currently, 20 states require e-prescribing of controlled substances, with most remaining states slated to transition to e-prescribing for these drugs by next year.

Clinical decision support (CDS) tools used in EHRs can also support opioid e-prescribing best practices. Such technological systems are intended to improve patient care outcomes by providing reminders and information to make sure patients receive the right drug or treatment. One example of a digital CDS is the opioid toolkit from Cerner Health, a health tech company that develops technology to support the clinical, financial or operational areas of a hospital or health system. The opioid toolkit, using predictive analytics behind the scenes, will appear in clinical workflows in the EHR to help providers identify the potential for substance use disorder among patients. It also provides analytics for providers to assess prescribing patterns, clinical decision support for opioid management, and a substance use disorder risk algorithm.

Currently, 20 states require e-prescribing of controlled substances, with most remaining states slated to transition to e-prescribing for these drugs by next year.

But it’s not enough to reduce the number of opioid prescriptions being written; it’s important to increase the health literacy of employees and their families. For example, Blue Cross Blue Shield of Tennessee learned that 55% of recreational prescription drug users got their pills from friends or a relative. Employers can use digital health tools to educate workers on how to safely and securely store medications, as well as the best ways to promptly dispose of unused medications.

And employers and brokers need to ensure that effective pain management techniques are available to employees and their families. That could include tapping into digital health tools that provide pain management techniques beyond a prescription for opioids and offering tools that provide digital cognitive behavioral therapies for those dealing with either chronic pain or opioid use disorder. These tools can be accessed through desktops, smart phones and tablets. Employers can also provide access to digital health tools that send out prompts in advance of care appointments to help employees and their families prepare for their upcoming health visit.

Mobile apps are becoming a valuable tool for providing healthcare services that patients can access easily and effectively.

The BUP Home Induction app, under development for more than a year with an innovation grant from the Department of Veterans Affairs, helps patients navigate the first three days (the induction phase) of using buprenorphine. This drug has a twofold purpose: it relieves opioid withdrawal symptoms and helps patients avoid unprescribed or street opiates. But patients often need guidance on getting to the right dose for them. The app provides clear, detailed instructions on what to do each of the first three days, including asking patients to check off symptoms to make sure they have started withdrawal and are ready to initiate the drug. During the course of the three days, patients can read detailed information on how to take the medication and then record their dosage. Veterans living with opioid use disorder tested the app with medical researchers and students from Yale, along with other developers, and results are promising.

Help Near and Now (HeNN) is an app developed by a team from the University of Delaware, Green Line Business Group and CompassRed for residents of Delaware (a state in the top 10 in opioid deaths in 2018). The app lists what’s available for prevention, treatment, post-treatment, and harm reduction using location-based services to map where each is located, and it provides driving directions and information on available public transportation to the nearest services. It also includes an “events” section that can be continually updated with information about support group meetings, adolescent counseling sessions, and similar one-time or recurring services.

Carla Smith is CEO of CarlaSmith.Health