Managing risk through communication during a global public health emergency
By Katie King Posted on February 19, 2020 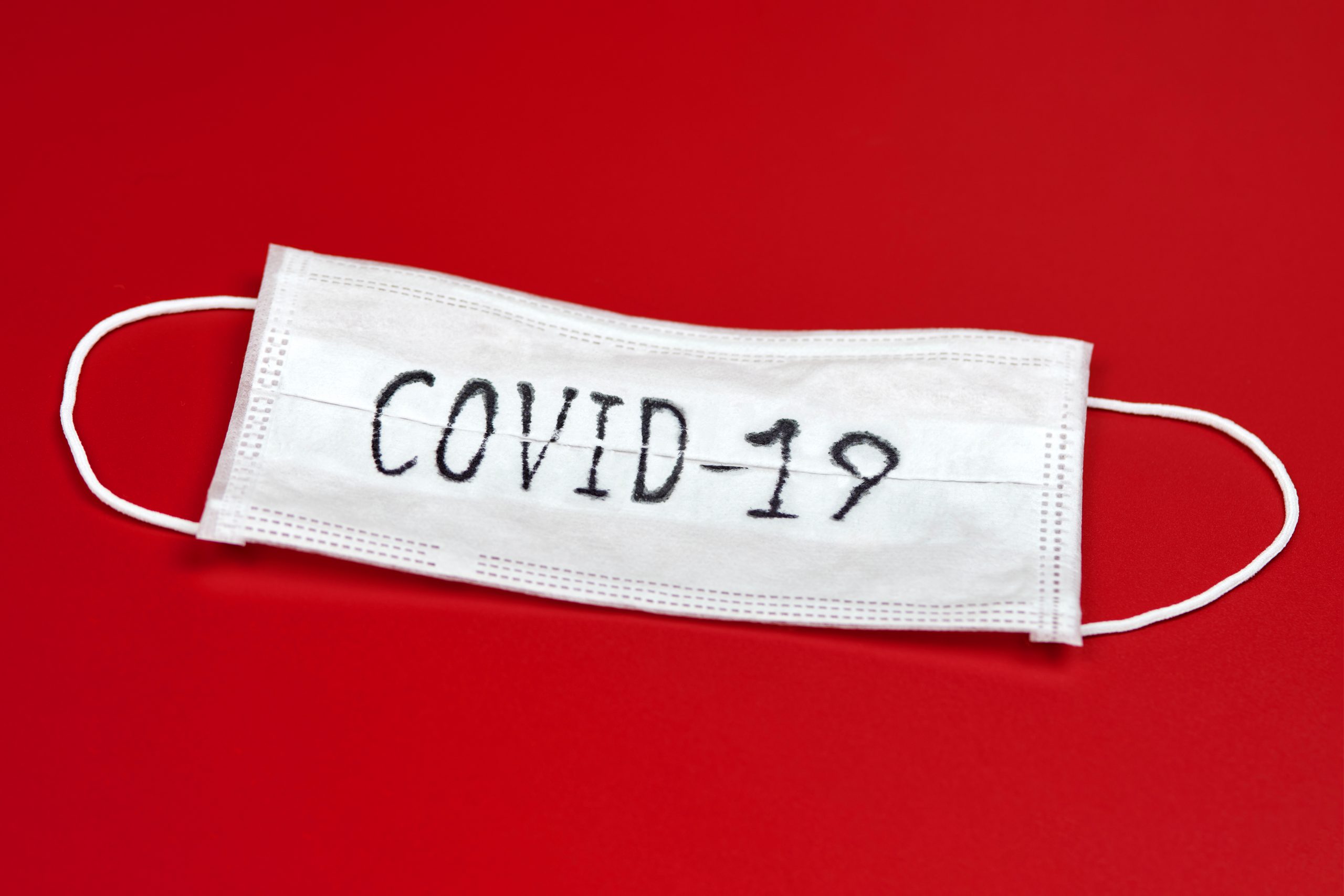 Some of the figures in this post have been updated as the virus continues to spread. Last updated as of March 11, 2020. – Editor

The novel coronavirus (Covid-19) was declared a public health emergency by the World Health Organization on January 30 and was upgraded to ‘pandemic’ status on March 11. Since the first reported case almost two months ago, the respiratory virus has spread to more than 80 countries, causing many to suspend travel or ban entry of those travelling to and from China, the epicenter of the outbreak.

To date, there are over 80,000 cases of coronavirus among China’s 1.4 billion inhabitants, equating to less than 1% of its population. At a 2% mortality rate, the virus has already claimed more lives than the severe acute respiratory syndrome (SARS) outbreak in the early 2000s. With time, the fatality rate may also change depending on the quality of medical care and availability of resources across the globe.

In the U.S., where the virus has been confirmed in nearly 1,300 people and killed 86, Health and Human Services Secretary Alex Azar announced to Congress that HHS will shift $136 million to various agencies to fight the outbreak. The shift of funds signals that the Trump administration plans to treat the outbreak as a pandemic. On March 6, President Trump signed the $8.3 billion emergency spending package Congress passed to combat the outbreak as lawmakers raced to respond to the quickly spreading disease.

While S&P Global estimates the crisis will stabilize globally by April 2020, the long-term health, economic, and social implications remain to be seen, making it challenging to estimate what financial and other damages may occur down the road.

Let’s say you’re in China and you contract the coronavirus.

If you experience a high fever, you may be turned away from certain hospitals, according to Jonathan Hsieh, director of legal affairs and client services, and head of U.S. markets and strategic relationships at Pacific Prime, a global insurance brokerage headquartered in Hong Kong. China has designated specific fever facilities equipped to diagnose coronavirus patients. Once you arrive at a fever clinic, you will be quarantined to await examination from a doctor.

Does your insurance coverage affect your care?

In China, the short answer is normally yes, but not if you contract Covid-19. According to Liz Yovich, global benefits practice lead at IMA Financial Group, the Chinese government issued a statement indicating they will pay full medical expenses for anyone confirmed to have contracted the virus.

By publically taking responsibility for medical costs, China appears to be working to eliminate the financial burden. However, that pledge seems to run counter to the government policies put in place to reduce the national healthcare budget, such as reducing in-hospital stays and limiting examinations, surgeries, and other prescription drugs.

Private insurance is also available to cover deductibles and copayments as well as to fill in coverage gaps. That supplemental coverage purportedly breeds better quality of care and higher reimbursement for some health services.

An EY study on opportunities within the private insurance market in China surveyed 2,000 Chinese citizens in major cities, and found that more than one-third of respondents think their public health insurance is unsatisfactory. More than half (61%) indicated that they recently purchased private health insurance for the first time.

However, when it comes to coronavirus, much of this is moot.

Private hospitals—which account for more than 60% of the total number of hospitals in mainland China, yet only 15% of the total visits—are currently not permitted to admit patients with flu-like symptoms because of the outbreak. That leaves public hospitals to cope with the 60,000 cases of coronavirus.

Normally, private insurance coverage is a differentiator when it comes to hospitals, says Hseih. If you find yourself at a public hospital in China, you first enter a line to take a number, which offers entrance to the queue to make an appointment. The demand for care has led to the creation of a patient hierarchy at many public hospitals, reflected in “VIP wards,” which can be covered through private insurance and allow patients to pay to have more one-on-one time with physicians in nicer facilities.

But, “the private insurance coverage is not going to come into play [with coronavirus] as there will not be any treatment under its covered terms,” rendering practices like “VIP wards” unusable, says Yovich.

With a supply/demand problem already in effect—in 2014, there were less than two practicing physicians per 1,000 people in China, compared to almost three physicians per 1,000 people in the U.S.—the outbreak has forced the Wuhan government to act. It announced the immediate construction of two hospitals. The first was built in eight days. Construction progress has been streamed on live feeds, an attempt to create transparency through real-time communication by inviting the public to see firsthand how the government is responding.

Given the evolving nature of the messaging and the different audiences (those who have remained in China post-outbreak, those who left China after the outbreak, those in other countries who might later be effected), social media and other communication technologies, like push alerts/notifications, employee monitoring and tracking services, and telemedicine will “play an enormous role,” says Yovich.

Coronavirus presents a test case for real-time communication between multiple stakeholders located around the world. There are already grumblings on the lack of information flowing out of China on the outbreak along with concerns relating to the country’s method of diagnosis.

Conflicting or misinformation during a health emergency can be equally as threatening as the infection itself. In the U.S., there is already a much more common respiratory illness: the flu. During its peak over one hundred years ago, influenza infected over 500 million people. Fast forward to the 2018-19 flu season, where the Centers for Disease Control and Prevention estimates that close to 36 million people in the U.S. contracted the common flu, resulting in 34,200 deaths. The flu cost about $10.4 billion in direct costs for hospitalizations and outpatient visits.

While the flu vaccine prevents millions of illnesses and thousands of flu-related hospitalizations, misinformation and lack of education about the effects of the vaccine can contribute to the number and severity of cases. The seasonal flu has been studied for decades yet vaccine myths go viral every year, causing many to question the effectiveness of the flu shot and the severity of the infection itself.

Applied to the coronavirus outbreak—a virus that scientists know very little compared to the common flu—the continuous flow of accurate information is one of the most critical ways to manage the spread of the illness.

Most global medical carriers have best practices around these types of viral outbreaks. They’re focused primarily on getting as much information out to their members as soon as possible. Carriers have begun circulating B2C communications with the message that “awareness is key.” They also speak directly to employers in B2B communications reminding them to have contingency and business continuity plans in place in the event that an employee becomes infected.

Aside from communications efforts, carriers are not taking action to evacuate foreign employees working in China back to their home countries. As the situation progresses, Yovich explains, it will prompt the need to discuss evacuation options with employers to ensure liability and other coverages align.

One of Pacific’s Primes first steps, says Hsieh, was to communicate directly with employees of the clients they serve, providing the names of the fever clinics and educating clients on the ground in China about what to expect if they travel to a hospital to seek care. They also provided hygiene tips to avoid the spread of the disease.

Yovich adds that IMA has been serving as a “conduit of information from carriers and service providers,” making it the gateway to employers. They’ve shared educational materials from providers like Workplace Options that thread the needle between physical and behavioral health issues in a document breaking down the signs of potential physical, mental, behavioral, and stress-related symptoms that could pop up within an employee population. It’s a reminder that the health-related effects of this type of outbreak span beyond just those infected.

Lisa Hawker, president of the employee benefits operation at Hylant, and her team note that the broker role would also extend beyond just the initial outbreak. “If there were to be situation where a vaccine was introduced, the more progressive pharmacy programs would be worthy of monitoring,” says the Hylant team.

Where the carrier and broker roles come together, says Yovich, is navigating gaps in coverage. “I think in 99% of cases, the treatment and associated costs are going to be covered in some shape or form. I think the gaps arise in cases of multinational companies with multiple international policies and programs.”

Events that do not strictly fall under the purview of a health-related or business-related incident makes navigating policies and coverage complicated. Is evacuation covered under an employer’s liability policy? If an employee contracts the virus on work property, does it become a worker’s compensation claim?

In addition, for international employers who self-insure or who are located outside of China but have infected employees who seek treatment under their employer-sponsored health plan, there may be a financial impact depending on the type and significance of the treatment.

At this point, the coronavirus appears to have more in common with the common flu than more exotic respiratory diseases, such as Middle East respiratory syndrome (MERS), which has a mortality rate of about 40%.

For now, brokers and carriers will most likely continue their communication-related efforts, while doing their best to look ahead and manage any health or business risks.