Too Many Curtain Calls 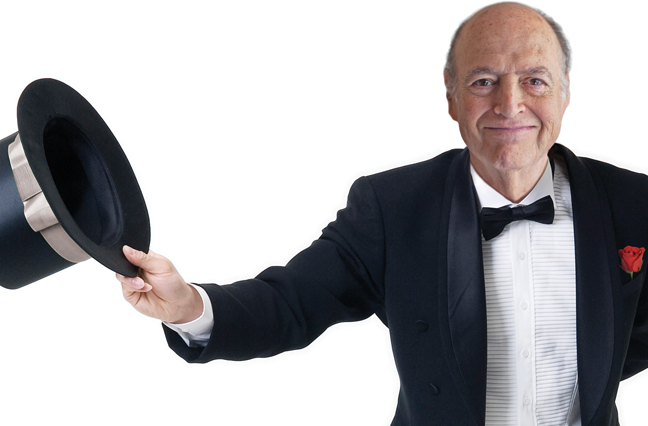 Just like the aging boxer who battles on, punch drunk, or the one-time star pitcher who won’t retire gracefully, walks and wild pitches notwithstanding, the insurance industry is filled with aging owners who, despite the best intentions, refuse to transfer stock, retire or, God forbid, hand over leadership.

Certainly the fondness for hanging on by one’s fingernails is not unique to the insurance brokerage. But given the personality traits of most successful agency owners, it’s highly likely that such fondness pervades the industry. In many cases, ego simply forbids the owner to relinquish the keys.

There are far too many examples of owners who hire the talent and train and mentor them, all while promising, “Someday, this will be yours.” But someday doesn’t always come, and after a while those words ring hollow.
For talented employees who join an agency with the goal of one day owning it, nothing destroys morale more than seeing the aging star stay in the game too long, despite declining skills and lack of intensity, unaware that the game is passing him by.

Despite the statistics, insurance is not an old man’s game. Technology, selling skills, specialization and relationships have changed dramatically over the past 10 years and will continue to do so. That, ultimately, makes most people become obsolete. Even the boss. The average tenure of a CEO is less than 10 years.

Technology and specialization have changed dramatically over the past 10 years and will continue to do so. That, ultimately, makes most people become obsolete. Even the boss.

This is no different than being a professional coach. Any Philadelphia Eagles fan knows the scenario. Take Andy Reid (bless his soul). He coached the team for 14 years, but it was time for him to move on. Agency owners need to recognize that at some point they’ve got to step away from leadership and transfer ownership. If not, the obvious happens: Talent leaves.

It happens in business, and it happens in sports. There is one other end result when an owner stays too long. Even if the top talent has stuck around, it no longer has the desire to “overpay” for an agency that might be in decline. You’ve created what is called a risk-averse candidate. Either way, it may result in an external sale and, in all likelihood, an exodus of talent down the road.

I believe that the insurance brokerage world has a lot to learn from the legal and accounting professions. There’s a reason most law and accounting firms can prosper after many internal perpetuations. They have a common provision: When partners reach a certain age, they step down from leadership roles and begin to divest themselves of ownership. They could retire, or they could remain as an employee, but they are removed as an equity stakeholder.

Some argue that system wouldn’t work in the insurance industry because insurance is a family business. As Colonel Sherman Potter, from TV’s long-running comedy “M*A*S*H,” might reply, “HORSE HOCKEY!” Most accounting and law firms started as family businesses.

It is the large ego built into the insurance industry that prevents most privately held firms from perpetuation similar to their counterparts in law and accounting. Take note, and learn something.

What did Lance Armstrong most desire before he admitted to being a cheat? Certainly he wanted to be a winner. But there was something beyond the immediate gratification of the yellow jersey, and it’s something he has in common with brokerage leaders at the top of the insurance world. Armstrong’s doping took from him the one thing he wanted most: an enduring legacy. Brokerage leaders who don’t pay attention to their legacy could face a similar fate.

A 2012 MarshBerry survey found that nearly 70% of agencies did not have a formal perpetuation plan. The key impediment was those who control the stock were not leading the way in enacting those plans within their firms.

Most successful brokerage owners are Type-A personalities with great sales skills. The most successful salespeople, by nature, have ego-driven personalities. They do no lack self-confidence. They continually strive to be better than the rest—a “one-percenter” in political terms. Armstrong has the same characteristics of great insurance salespeople: ego-driven, self-confident, Type-A types who continually push to be the best—even if they’re way past their prime.

Just like world-class athletes, agency owners are concerned about sustaining their legacy beyond their retirement. But like athletes whose wins and losses become just an asterisk as their legacies disintegrate, many agency owners end up destroying their own legacies because they did not adequately plan for perpetuation.

Ultimately, they could find their firm becoming a shell of its former self, maybe a branch office of a national brokerage to whom they were forced to sell just to survive. Either way, a legacy is destroyed.

What can brokers do to preserve their legacy? The statistics are grim.

Successful perpetuation is a process, not a transaction, and numbers do not lie. It takes time to create a plan and process driven around generating free cash flow, building a balance sheet and hiring, training and mentoring young people. Often it takes five to 10 years to prepare for successful perpetuation. Yet so many agency and brokerage owners wake up one day and think it is time to perpetuate, and then realize they can’t. They either hold on and see the value of their agency diminish over time or sell to a third party.

Lack of cash is the biggest impediment. This is mainly due to owners managing “lifestyle” firms, which enable the owners’ standard of living but do nothing to build the firm. The next stat is even more disturbing. Despite years of the industry talking about the need to reinvest in personnel, it’s pretty scary to think that 19% of firms still believe “no candidates” is an obstacle to perpetuation. Where have they been? They have yet to learn from their mistakes.

Creating cash flow for perpetuation is generally perceived to be about top-line growth and managing expenses. Maintaining a consistently high EBITDA margin is critical to building a strong balance sheet. But when it comes to perpetuation, what’s truly vital is an agency’s willingness to reinvest capital to attract, reward and retain talent who ultimately will become shareholders and the new leadership. Without such a commitment, the typical agency owners, when they finally decide to step aside, will find a lack of potential successors. Or maybe they’ll find fully capable employees who were never groomed for the job.

The ability to perpetuate reveals the harsh reality that most agency owners view perpetuation as an event rather than a process. This view often leads to an external sale for agencies that had dreamed of an internal perpetuation. To perpetuate internally, agencies need the discipline to do the following:

• Develop and execute a long-term business plan related to perpetuation
• Continually reinvest in all staff personnel, not just production
• Focus on financial metrics and best practices
• Operate the business like a business, not as a lifestyle firm
• Be willing to let go
• Continually transfer stock

Firms that commit to this process are well positioned to overcome the challenges and remain independent through internal perpetuation. In the end, they protect the one thing that may be most important to them: their legacy.